Since its inception, Java has stormed the programming world. Its features and functionalities give developers all the tools required to write robust cross-platform applications. Java Fundamentals introduces you to these tools and functionalities that will enable you to start creating Java programs. It starts with the actual material of the language and its philosophy and its evolution over time, until the latest release. You'll learn how the javac/java tools work, and what are Java packages - the way that a Java program is usually organized. Once you are comfortable in this world, you'll be introduced to all the "meat" of the language, with control flow keywords and the likes. You'll learn all about programming and the part it plays in making Java what it is. You'll learn in detail about classes, typecasting, and interfaces, and explore the use of data structures, arrays, strings, handling exceptions, and creating generics. 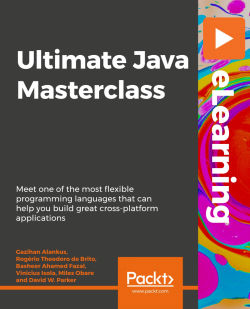