In this course we’ll learn how to write correct, safe, and performant code by making use of C++’s type system. Firstly, we’ll learn about the Standard Library’s “algebraic data types” and how they can increase safety, performance, and readability of your application/library. We’ll then look at function interfaces. As an example, writing a function that takes a string in such a way that it performs optimally with both std::string and const char* seems like a daunting task. It gets even more tricky with functions taking other functions as input. Is it possible to generalize these issues and provide the “perfect” interface? 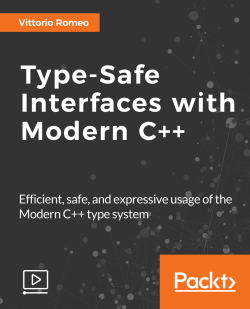