Spatial statistics has the potential to provide insight that is not otherwise available through traditional GIS tools. This book is designed to introduce you to the use of spatial statistics so you can solve complex geographic analysis.

The book begins by introducing you to the many spatial statistics tools available in ArcGIS. You will learn how to analyze patterns, map clusters, and model spatial relationships with these tools. Further on, you will explore how to extend the spatial statistics tools currently available in ArcGIS, and use the R programming language to create custom tools in ArcGIS through the ArcGIS Bridge using real-world examples.

At the end of the book, you will be presented with two exciting case studies where you will be able to practically apply all your learning to analyze and gain insights into real estate data.


Chapter 1. Introduction to Spatial Statistics in ArcGIS and R

ArcGIS includes the Spatial Statistics Tools toolbox available for all license levels of its desktop software. Included with this toolbox are a number of toolsets that help analyze spatial distributions, patterns, clustering, and relationships in GIS datasets. This book will cover each of the toolsets provided with the Spatial Statistics Tools toolbox in ArcGIS to provide a comprehensive survey of the spatial statistics tools available to ArcGIS users.

This book also contains an introductory chapter for the R programming language as well as a chapter that covers the installation of the R-ArcGIS Bridge and the creation of custom ArcGIS script tools written with R.

Spatial statistics are applicable across a wide range of environmental disciplines, including agriculture, geology, soil science, hydrology, ecology, oceanography, forestry, meteorology, and climatology, among others. Many socio-economic disciplines including epidemiology, crime analysis, real estate, planning, and others also benefit from spatial statistical analysis.

Spatial statistics can give answers to the following questions:

An overview of the Spatial Statistics Tools toolbox in ArcGIS

The ArcGIS Spatial Statistics Tools toolbox is available for all license levels of ArcGIS Desktop, including basic, standard, and advanced. The toolbox includes a number of toolsets, which are as follows:

The Measuring Geographic Distributions toolset in the Spatial Statistics Tools toolbox contains a set of tools that provide descriptive geographic statistics, including the Central Feature, Directional Distribution, Linear Directional Mean, Mean Center, Median Center, and Standard Distance tools. Together, this toolset provides a set of basic statistical exploration tools. These basic descriptive statistics are used only as a starting point in the analysis process. The following screenshot displays the output from the Directional Distribution tool for an analysis of crime data: 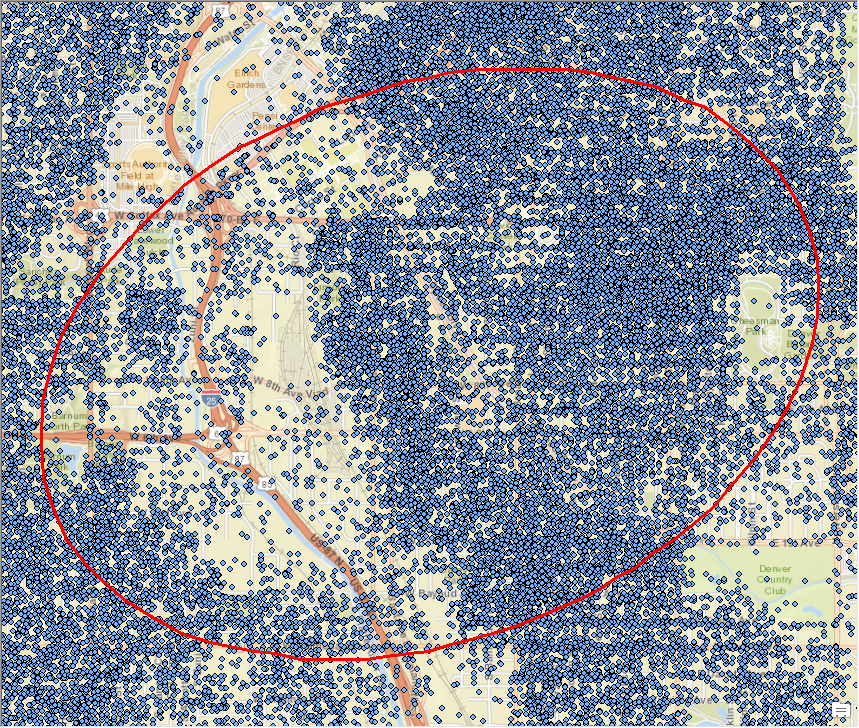 The Central Feature, Mean Center, and Median Center tools all provide similar functionality. Each creates a feature class containing a single feature that represents the centrality of a geographic dataset.

The Linear Directional Mean tool identifies the mean direction, length, and geographic center for a set of lines. The output of this tool is a feature class with a single linear feature.

The Analyzing Patterns toolset in the Spatial Statistics Tools toolbox contains a series of tools that help evaluate whether features or the values associated with features form a clustered, dispersed, or random spatial pattern. These tools generate a single result for the entire dataset in question. In addition, the result does not take the form of a map, but rather statistical output, as shown in the following screenshot: 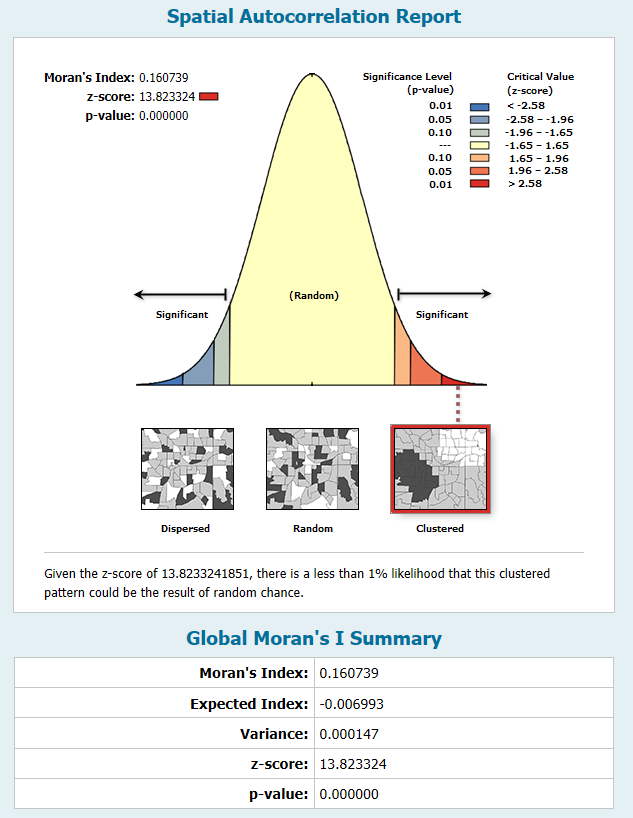 Tools in this category generate what is known as inferential statistics or the probability of how confident we are that the pattern is either dispersed or clustered. Let's examine the following tools found in the Analyzing Patterns toolset:

The Mapping Clusters toolset is probably the most well-known and commonly used toolset in the Spatial Statistics Tools toolbox, and for a good reason. The output from these tools is highly visual and beneficial in the analysis of clustering phenomena. There are many examples of clustering: housing, businesses, trees, crimes, and many others. The degree of this clustering is also important. The tools in the Mapping Clusters toolset don't just answer the question Is there clustering?, but they also take on the question of Where is the clustering?

Tools in the Mapping Clusters toolset are among the most commonly used in the Spatial Statistics Tools toolbox: 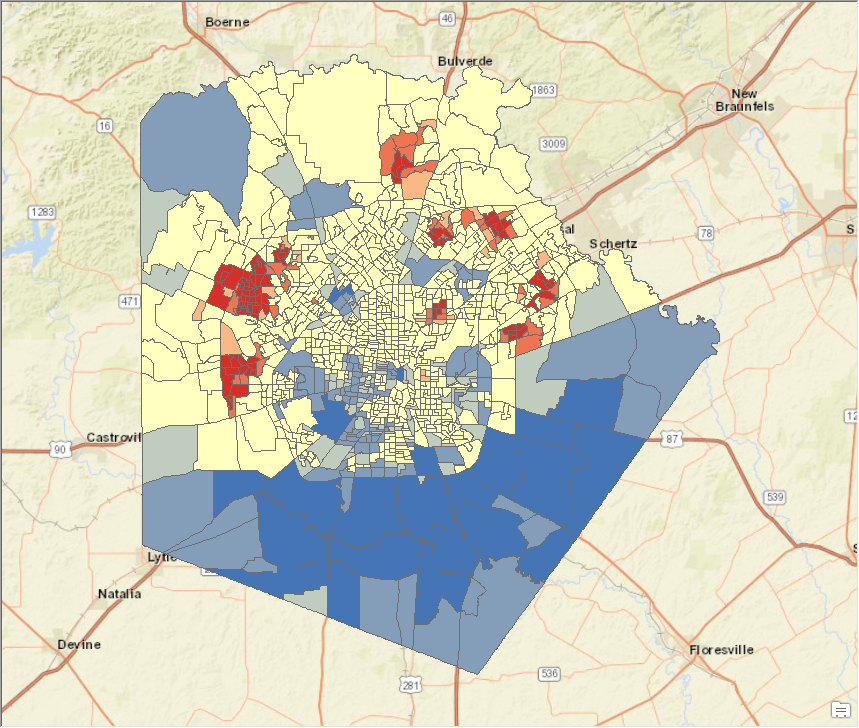 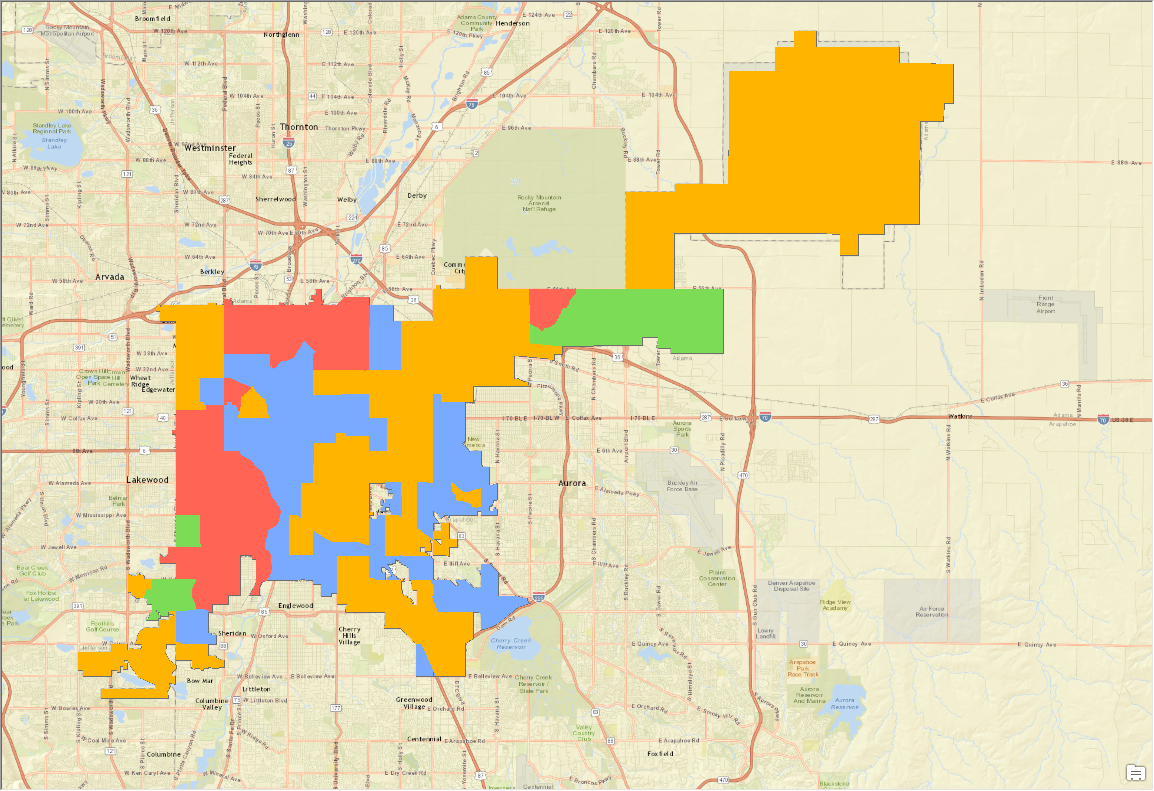 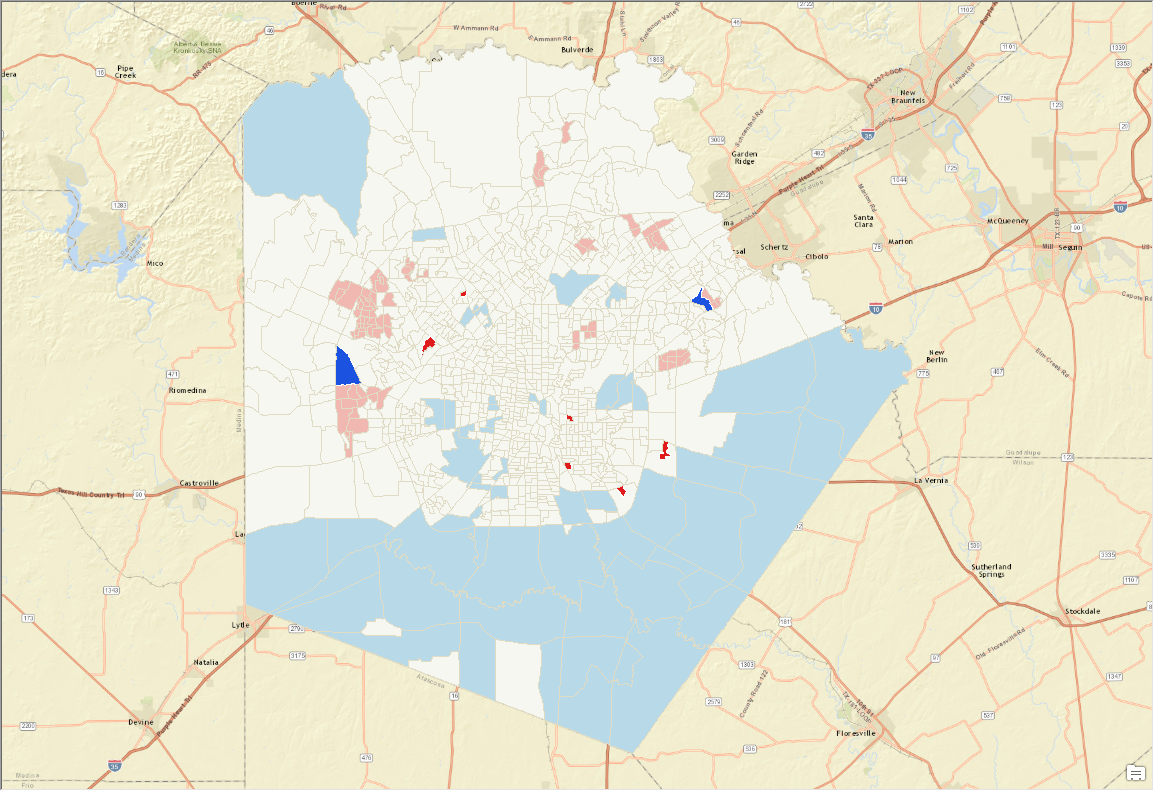 The Modeling Spatial Relationships toolset contains a number of regression analysis tools that help you examine and/or quantify the relationships between features. They help measure how features in a dataset relate to each other in space.

The regression tools provided in the Spatial Statistics Tools toolbox model relationships among data variables associated with geographic features, allowing you to make predictions for unknown values or to better understand key factors influencing a variable you are trying to model. Regression methods allow you to verify relationships and to measure how strong those relationships are. The Exploratory Regression tool allows you to examine a large number of Ordinary Least Squares models quickly, summarize variable relationships, and determine whether any combination of candidate explanatory variables satisfy all of the requirements of the OLS method.

There are two regression analysis tools in ArcGIS which are as follows: 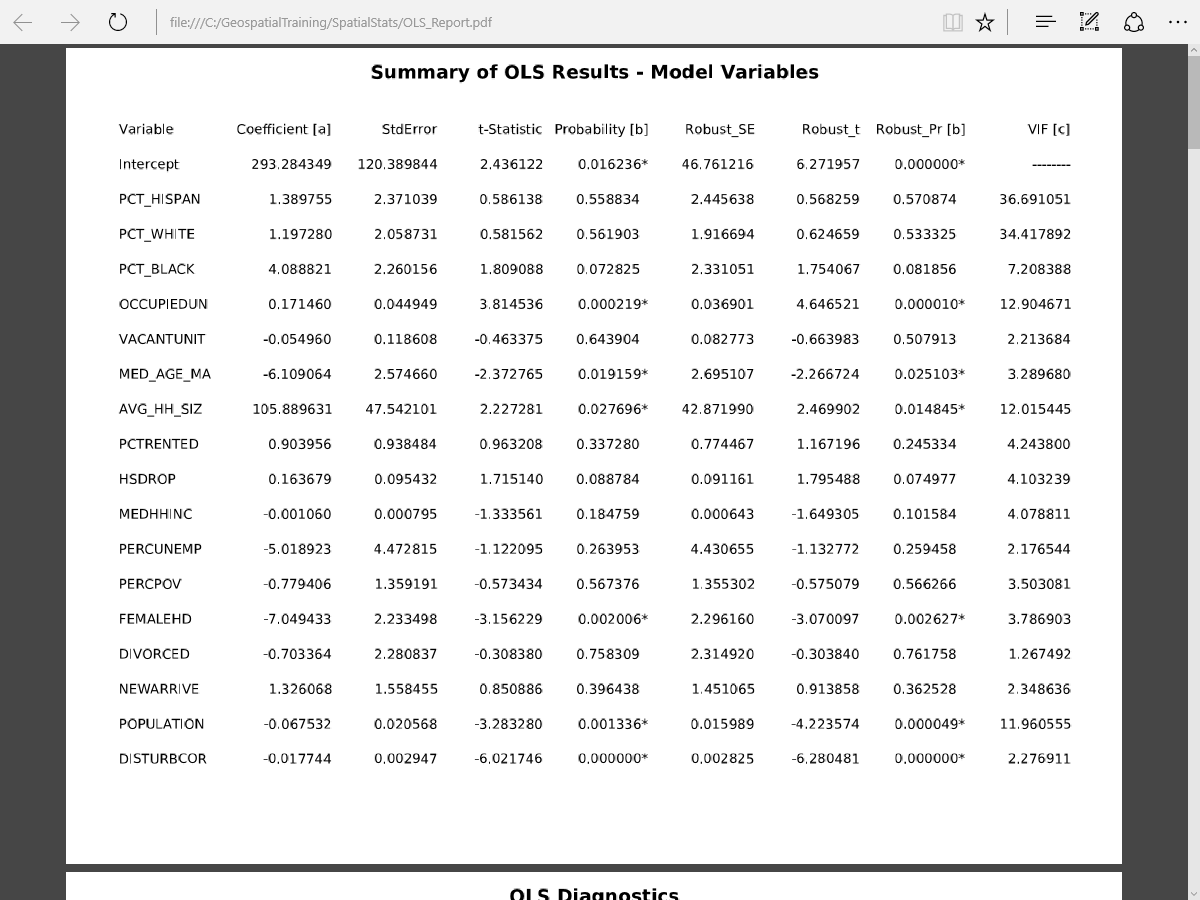 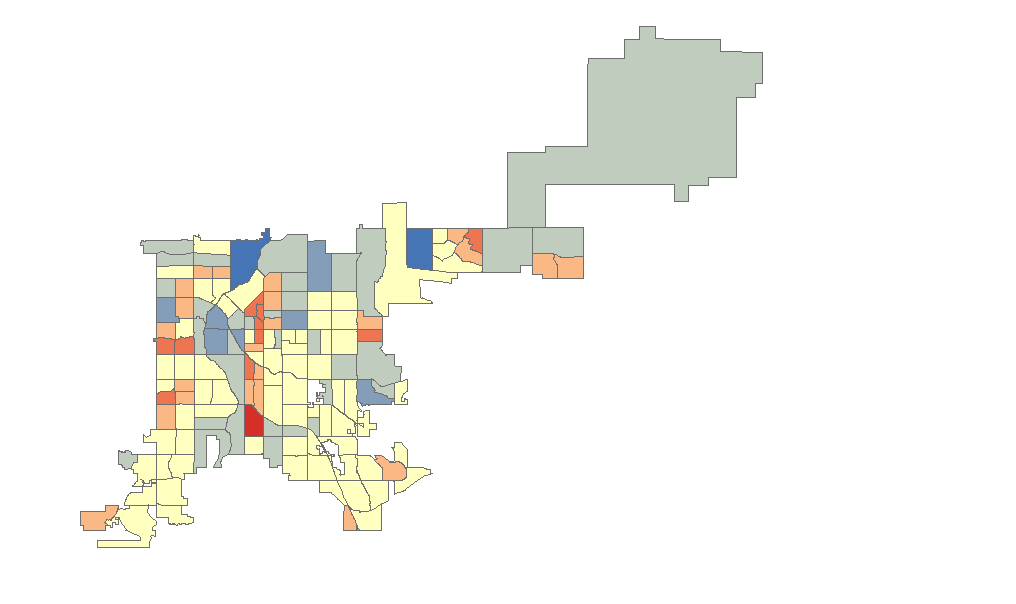 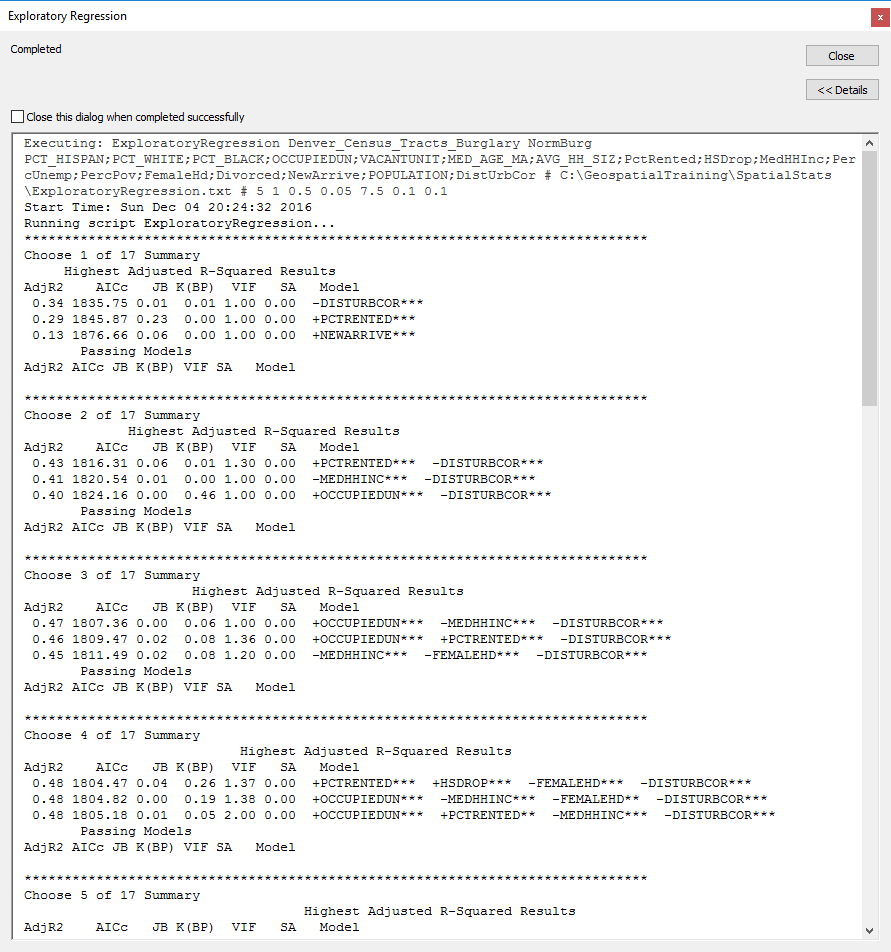 The R Project for Statistical Computing, or simply referred to as R, is a free software environment for statistical computing and graphics. It is also a programming language that is widely used among statisticians and data miners for developing statistical software and data analysis.

Although there are other programming languages for handling statistics, R has become the de facto language of statistical routines, offering a package repository with over 6,400 problem solving packages. It offers versatile and powerful plotting. It also has the advantage of treating tabular and multidimensional data as a labeled, indexed series of observations.

The R-ArcGIS Bridge is a free, open source R package that connects ArcGIS and R. It was released together with an R ArcGIS community website on GitHub, encouraging collaboration between the two communities. The package serves the following three purposes:

This book incudes an introductory chapter on the R language along with a chapter detailing the installation of the RÂ­ArcGIS Bridge and the creation of custom ArcGIS script tools using R. Using R with ArcGIS Bridge enables the creation of custom ArcGIS tools that will connect GIS data sources, such as feature classes to create statistical output from the R programming language, as shown in the following screenshot: 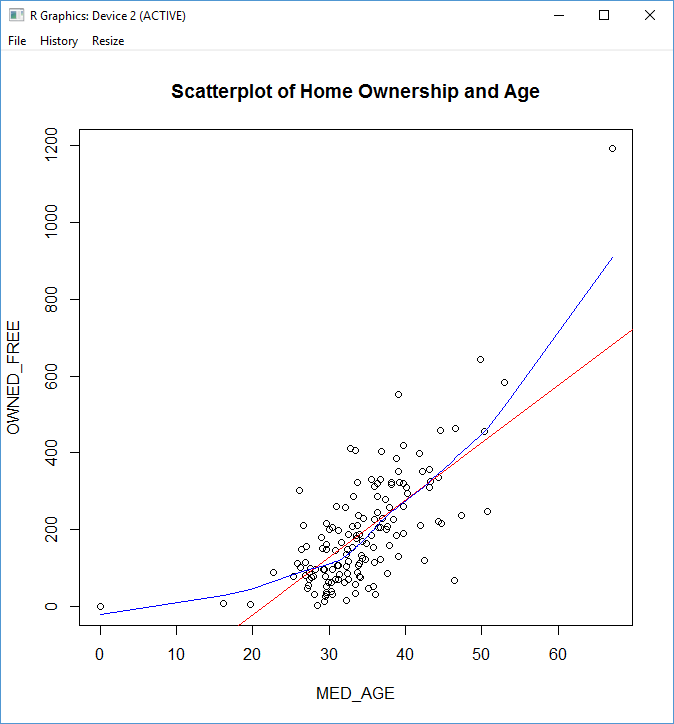 In this chapter, we introduced the topic of spatial statistics and described its basic characteristics. We also briefly reviewed the spatial statistics tools provided by ArcGIS Desktop. In later chapters, we will dive into these tools for a deeper understanding of the functionality they provide. In the next chapter, we'll examine the tools provided by the Measuring Geographic Distributions toolbox.

Just the book for novice and undergrads with interest in spatial analytics. Get this in e-book format is recommended.

The nitty gritty of analytics 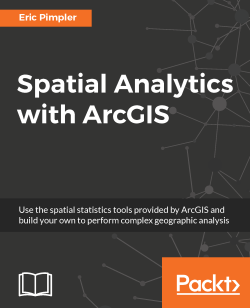