In this course, you’ll begin by getting familiar with the basic syntax and concepts of Rust, from writing a Hello World program to defining functions and creating variables. Then you’ll see how to manage toolchains with Rust up and build your first command-line program.

Moving on, you’ll explore Rust’s type system to write better code and put it into practice in a simple markup language. You’ll learn to use Rust’s functional programming features to perform a physics simulation and use the Rayon crate to parallelize your computations. Finally, you’ll discover the best practices and test your code by building a simple crate with a tested, usable, well-documented API using Cargo and RustDoc.

By the end of the video, you’ll be comfortable building various solutions in Rust. You’ll be able to take advantage of Rust’s powerful type system and a rich ecosystem of libraries, or “crates”, available through the Cargo package manager.

The code bundle for this video course is also available on Github: https://github.com/PacktPublishing/Learning-Rust-video

Clear, understandable introduction to programming with Rust. Good for experienced programmers, but an easy organized pace that does not overwhelm you with too much detail. 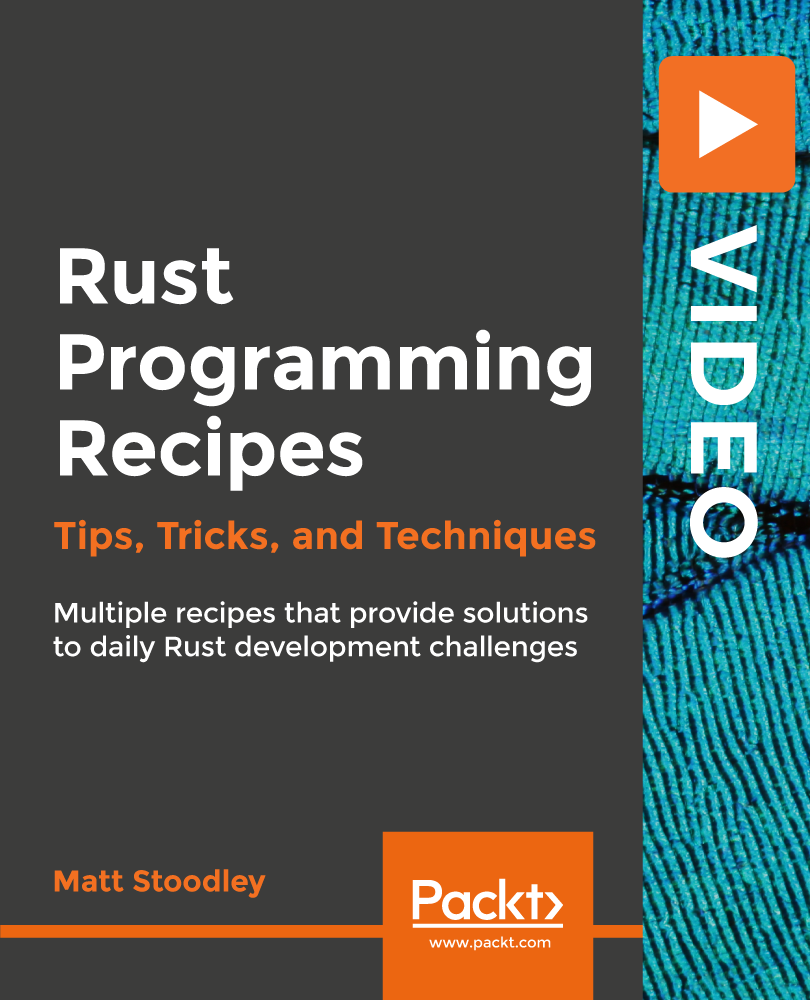 Take your apps to the next level with Rust 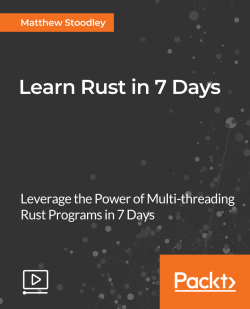 Use the full power of Rust to make fast, maintainable systems level programs in one week 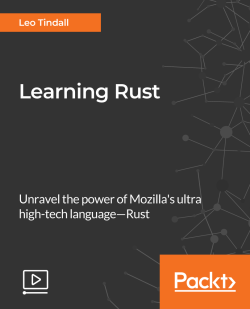