This book provides you with a rapid introduction to interactive prototyping. It starts with explaining the basics of Axure RP and quickly familiarizes you with pages, panes, and widgets. It then walks you through designing increasingly compelling experiences by enabling basic, intermediate, and advanced interactions with your own interactive prototype.

You will also learn how to generate common interactions for a typical home page that includes a global header and footer as well as an interactive carousel. You'll also incorporate social media feeds from Facebook and Twitter. You'll enhance your functional prototype with user account creation and login validation; simulate a Content Management System driving catalog, category, and search results pages; and finally learn to fashion a dynamic shopping cart with a progress indicator and checkout interactions.

A key to creating compelling interactions in Axure RP (Rapid Prototyping) is to quickly develop proficiency with Axure's environment and interface. Once you are familiar with specific aspects of the environment, you will be able to rapidly create interactive prototypes. The interface comprises a main menu, a toolbar, a sitemap, the design area, and several panes.

In this chapter, you will learn about exploring the environment and interface. This includes the following subtopics:

A history of disruption

In the world of technology, there's a lot of talk about creating new products that disrupt existing markets, but very few organizations can say they've done it for real. Qlik is one of them.

However, this wasn't the case. In fact, by 2007, a revolution was already well underway. The BI world was being fundamentally disrupted, challenged by the new approach pioneered by Qlik (then called QlikTech). The disruptive technology Qlik developed was called QlikView®. To differentiate QlikView from the established BI products, Qlik began to call the new disruptive approach Business Discovery, later adopting data discovery as this term gained industry-wide adoption.

Surprisingly though, when it launched in 1994, what became QlikView was not consciously targeted at the BI software market. Rather, its initial task was to help its first customer understand which of a number of individual parts and manufacturing materials were used across the range of the complex machines it manufactured, and which parts were not associated with particular items (a critical point we'll explore in Chapter 2, What is Data Discovery? and revisit throughout this book). The goal was to visualize the logical relations between the parts, materials, machines, and products. This origin led to an approach completely different from BI at the time, one in which all associated data points are linked automatically, enabling discoveries to be made through free exploration of data.

As it became more widely used and deployed, it was evident that what QlikView was being used for was a new type of BI. QlikView's speed, usability, and relevance challenged the standard approach that was dominated by IT-deployed data reporting products, which are slow performing, hard to use, and built around models that struggle to keep up with the pace of modern business needs.

QlikView's intuitive visual user interface, patented associative data handling—running entirely in memory—and its capability to draw data together from disparate sources changed the landscape. Discovery-led BI is about giving people the power to interact with and explore data in a much more valuable way than the older, reporting-led BI incumbency could. This is massively compelling to people who need to quickly ask and answer questions based on data in order to learn and make decisions, and proved very compelling to people jaded with the way things had been done before.

So what does Qlik do now? Sit back and relax, proud of its disruptive chops? Safe in the knowledge that it's recast an established market in its image? No. Far from it. Instead, Qlik took the decision to try and transform the BI market again with a new product. The challenge though is that in doing so, it must also disrupt itself.

Why should we do this? Why did we decide to build Qlik Sense?

The first reason is that Qlik's culture, informed by its Swedish roots—the company was founded in the Lund University, Sweden—is restless and questioning. Qlik is driven by the desire to design better ways for people to use information. The company wants to build analytic software that is easy, elegant, and natural to use, bringing computing power to bear on complex data. To do so, it needed to develop a new product that goes beyond the scope of its original product idea.

The second reason to build Qlik Sense is increased competition. Given the success of discovery-led BI, look-alike QlikView mimics are multiplying. The software titans are reworking their BI efforts to emulate Qlik's value proposition and might soon offer a "good enough" simulacrum at a low price point. "Good enough" is very dangerous because mega vendors are willing to give "good enough" away for free. Further, Qlik now also has its own group of fast-follower competitors; firms that focus on one area of the functionality offered by QlikView, often data visualization, and offer compelling capabilities in this narrow area alone. These competitive changes meant that Qlik could not be complacent about its product strengths.

The third and arguably most important reason to build Qlik Sense was the knowledge that if Qlik didn't disrupt itself, a new competitor might. No organization can forestall the arrival of a black swan. The best way to minimize the chance of one appearing on the horizon is to become a competitor yourself. To do so takes courage because it means taking a hard look at the company's established products and having a frank understanding of the external situation that defines how any new product might be used.

This type of critical thinking led Qlik to the realization that what people want from discovery-led BI is changing as the availability and mix of analytic technology skills develops.

Although loved by users, the main QlikView value proposition was really based on its ability to speed up developers' work, giving people the ability to build useful BI apps when needed by business decision-makers. When it came to this type of agility, Qlik was unique and unmatched. Although now things have changed, data-savvy authors, who want to build analytic apps, have a large number of simple, and in many cases free, toolsets to choose from: visualization libraries such as D3 to full application development toolsets such as .NET, Ruby, and web UI programming frameworks such jQuery and Prototype. Many of these toolkits are available on an open source basis and are helpful to create interactive, visual, and data-driven user experiences. Further, the use and capabilities of these developer tools is growing. As such, Qlik's product authors realized that any new product had to provide a standard, simple, and open application development framework in order to fit better into today's technical environment.

Further, the new product had to extend user-driven capabilities to an unheard of level. In the 20 years since QlikView was invented, people's expectations of technology have shifted based on their experience as consumers. BI technology has to meet these needs, providing an immersive, immediately accessible experience that functions on their device of choice instantly. The whole idea of data discovery is putting power in the hands of every user. The new product had to be barrier-free when it came to adoption. For example, anyone using it had to be able to make sense of an application that a developer built easily; or add a much-needed chart to an existing app; or, bring data into a Qlik Sense to build a simple app with no prelearning required.

Given these points, Qlik took the decision to disrupt itself and the market again. It decided to design and develop a next generation data discovery platform. Developed under the project name QlikView.Next and launched as Qlik Sense, the product was anchored to five themes:

You may say, "Well, that's all good but it doesn't really tell me why this matters or why Qlik Sense is important."

To answer this, we have to think about what the focus of technology in our organizations has been in the recent past. For 25 years, most of our investment in IT has been on effectively improving reliability, using ERP or transactional applications to streamline processes, drive out inefficiencies, and deliver our products or services effectively. However, if most organizations, and particularly groups of competitors, are now operating at similar levels of procedural effectiveness, a key question arises: what do we do differently to win?

The answer lies in out-thinking our competitors through the use of data and analysis. This requires a shift of focus in both how we run our businesses and the IT world needed to do so. So far, analytics has too often been a poor cousin, something that happens afterwards on the edges, a tactical rather than strategic activity. That's no longer good enough. Businesses using data-driven decision-making perform measurably better than those that don't. When we can see (and measure) new things, we are driven to seek answers and thus, new ways of thinking and operating. Organizations that do not have analytics as a central part of their business activities will not thrive or even survive in the new reality.

Qlik Sense is about doing exactly that; freeing up the analytic skills of individuals in organizations, whatever their role. This book shows you how to make the most of that and alter how your organization uses information.

In this chapter, we looked at the internal company and external market drivers that prompted Qlik to develop Qlik Sense. We've also considered the aims the company set itself for the new product, and why that's so important in today's business environment. In the next chapter, we'll cover the new style of BI that Qlik pioneered, data discovery, in more detail. 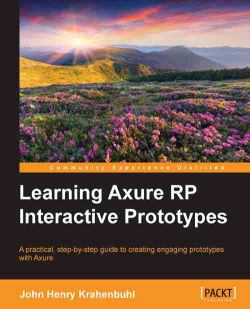