GitLab is a popular, open source Git hosting solution implemented by more than 50,000 organizations. This book has some carefully chosen recipes to help you decide on the type of GitLab installation that will fit your requirements. Along with covering some of the basic principles of Git, the book covers practical scenarios to show how you or your organization can effectively manage your proprietary code.

You will learn how to manage multiple users, groups, and the permissions GitLab has for them. Updating your GitLab instance, creating backups, and restoring backups are a few of the important tasks described in detail to assist you in maintaining your GitLab server. Moreover, the GitLab API is extensively covered to guide you through the various operations to manage your project.

GitLab is a self-hosted system for managing your code. It was first released in October 2011, and is updated every twenty-second day of the month since then. It was released under the MIT license.

It used to be hosted on GitHub, but since January 2014, its main source of hosting is gitlab.com. The fork of GitLab, which is hosted on GitHub, will remain active as a source where you can file issues and merge requests.

GitLab was founded by Dmitriy Zaporozhets in 2013. He has worked on GitLab full-time since 2013. The project consists of two main groups: on one side, the open source core team, and on the other side, the GitLab B.V. team (the second one is the company side of GitLab).

Besides the amazing project management tool for Git projects, the GitLab Continuous Integration (CI) system also exists; this is a CI system that highly integrates with GitLab.

In this book, we will be using the Community Edition (CE) of GitLab. The CE version is the free open source version that you can download. There is also an enterprise version. The enterprise version includes a support subscription where the GitLab B.V. team helps you with problems with the installation of it.

If you want to give GitLab a try, or just don't want to host it yourself, take a look at gitlab.com. You can find the hosted version of GitLab there. It's run by the team behind GitLab B.V., so you know you're in good hands!

The people from GitLab have created an Omnibus package for the major Linux distributions (Ubuntu, Debian, and CentOS). These packages are an easy way of installing your GitLab installation, as they have all the dependencies packaged with them.

For this recipe, we are going to use the Ubuntu version of the Omnibus package.

Before we start installing, you need to have a server installed with a Ubuntu 12.04 64-bit system, and have SSH access to the server.

Here is how you can install GitLab using Omnibus:

We have just installed GitLab via the Omnibus installer. Omnibus is a way to package your application and install all the dependencies that are required to run it.

GitLab makes good use of this capability. As you only have to install a mail server and an OpenSSH server, all the other parts are automatically installed for you.

GitLab will auto configure itself with the recommended settings. If you want to change your configuration, you have to first create the configuration file. You can do this as follows:

The settings that you are most likely to change are the ones that are in the gitlab.yml file (https://gitlab.com/gitlab-org/gitlab-ce/blob/master/config/gitlab.yml.example).

You need to make a small translation change in order to make this work, so let's say you want to change the port that GitLab is running on; normally, you would change the port value in the GitLab file, but now you have to add an entry to /etc/gitlab/gitlab.rb.

So, for the port, the entry in gitlab.yml would look like the following code:

In the gitlab.rb file, you need to create the following entry: gitlab_rails['port'] = 80.

Setting up the server dependencies for source installation

To install GitLab from source, we need to install some dependencies on the server. Besides installing the required packages, we will also create the user that will serve our GitLab installation.

The installation procedure is applicable for Debian-based systems only. GitLab also supports other Linux distributions, but the installation process is a bit different. For more information, visit the gitlab.com website. Perform the following steps:

At this point, we have installed the server dependencies and installed Ruby on our system. We also installed the Bundler gem; bundler is the package manager for Ruby, and as GitLab is written in Ruby, this one will be very important later on, so we can download all the dependencies for GitLab.

The Git user was created so that GitLab and all its dependencies can run under its own user; that way, it is possible to sandbox the installation better and make sure that our system stays secure.

Set up the database for source installation

GitLab can be installed using PostgreSQL or MySQL. In this recipe, I will use PostgreSQL as it is the recommended database engine.

The following steps are applicable for Debian-based systems; they are also possible with RedHat. You can take a look at gitlab.com for the installation instructions.

In this recipe, I will help you install GitLab from source. Installing from source means that we will take the source code from gitlab.com and use that to code in order to install it on our server.

If you want the latest bleeding edge version, you can change 7.4 to master in this recipe.

To install GitLab on your own server, you need to have a few things installed already. Here is a list of prerequisites:

We have just installed GitLab on our server. We have done this by downloading the source code from gitlab.com and performing the preceding steps.

Let's take a look at what we did in every step.

In step 1, we downloaded the source code for GitLab. We haven't done anything with it yet, just downloaded it.

In step 2, we done the basic configuration of GitLab. We have changed the hostname to the fully-qualified domain name you want to access your GitLab on, for example, gitlab.example.com. Also, we have configured the e-mail addresses that GitLab will send mails from. The email_from will be used as the from address of all the e-mails that are sent via GitLab.

Next was the setup for the satellite directory. Satellites are used when you create a merge request, and GitLab has to check whether it is mergeable, and perform the actual merge. A satellite is just checking out of the repository that GitLab has access to.

We then went on to copy some files. The first file was the Unicorn configuration file. Unicorn was used as the application server and we copied the Rack Attack files. Rack Attack is used in order to prevent abusive requests to your GitLab server. One way to make sure that no harmful requests make it to your server is by request throttling. This means that we only allow 10 requests per 60 seconds to certain URLs.

The dependency installation is done via Bundler. Bundler is the package manager for Ruby. We have passed the flags --deployment and --without development test mysql aws. The first flag is passed to make sure that the dependencies are installed in the context of GitLab and not in a system-wide context. The second flag is passed to make sure that only the necessary dependencies are installed. If you want to learn more about Bundler, take a look at www.bundler.io.

GitLab has its own Git wrapper to perform Git commands on the server. This wrapper is called GitLab Shell. In step 11, we tell GitLab to fetch the code for GitLab Shell and install it.

You can install GitLab using chef-solo. It allows you to install a server and all of its dependencies through a pre-programmed script. GitLab Cookbook is also used as the base for the Omnibus Package.

If you want more information on Chef, please take a look at www.getchef.com.

For this recipe, we are going to use a Ubuntu-based installation.

Before we start installing, you need to have a server installed with Ubuntu and have SSH access to the server. Your server needs to have at least 2 GB of RAM to compile all the requirements.

We just installed GitLab via the Chef cookbook. This way of installation is a little more automated than the installation from source, but it still gives you a bit more control over your installation in comparison to the Omnibus package.

Let's go through the steps that we took to install GitLab in this way.

First, we had to install some server dependencies that were needed to install Chef, and we also cloned the code from GitLab. The dependencies included Curl and Git. We used Curl to download the chef.json file, and in step 4, to download the check installation file. Git was needed to clone the source of GitLab, and to make sure that GitLab, when installed, is able to serve your repositories.

Next, we had to download the config.json file. This JSON file keeps the configuration information for GitLab in order to install itself. You can compare this to the gitlab.yml file from the Installing GitLab from source recipe.

In this recipe, we installed GitLab using PostgreSQL. If you'd prefer to install it with MySQL, that's possible. Just keep in mind that PostgreSQL is the recommended way of running GitLab.

The next step was to download the GitLab source and to install the GitLab dependencies. After we had done that, we created the solo.rb file. This file is used by chef-solo to know where GitLab Cookbook is located.

The last step was to install GitLab itself. This step took a while because the command also downloaded and compiled Ruby for you.

Logging in for the first time

When you have installed your server, you need to log in. GitLab comes with a built-in administrator account.

As GitLab ships with a default administrator account, this makes it a bit unsecure by default. Therefore, when you don't change anything about your setup, everyone will be able to log in.

To ensure that we have a secure GitLab installation, we created a new administrator account, and gave it an administrator access. We also want to be sure that the default shipped account is not useable anymore, so that's why we logged in with our own account and disabled the account given by GitLab.

The visibility level has nothing to do with the permissions someone has on your project. So, when you list your project as Internal, it does not mean that every user can change whatever they want. It just means that users who have an account can clone the project, and view issues and such.

You can always change the visibility of your project after you have created it. Just perform the following steps: 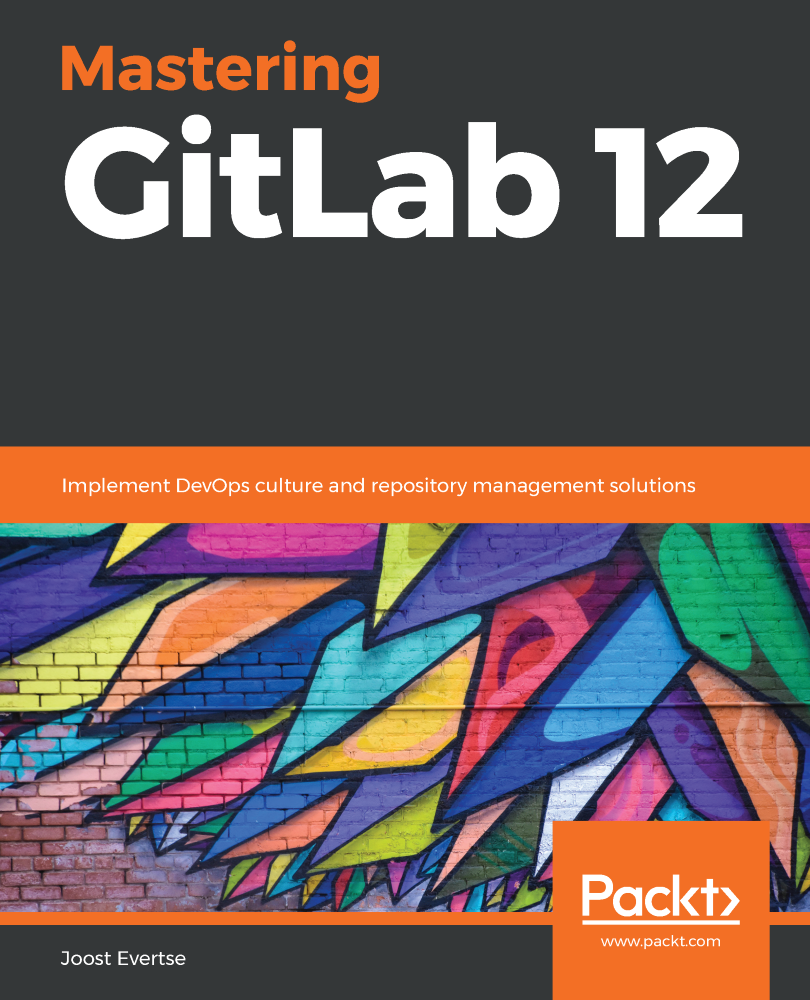 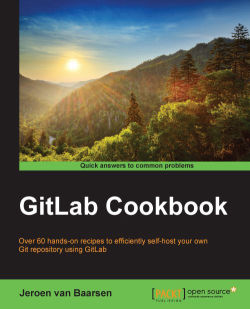