Elixir is a dynamic, functional language designed to build scalable and maintainable applications. Elixir leverages the ErlangVM, known for running low-latency, distributed, and fault-tolerant systems, while also being successfully used in web development and the embedded software domain.

In this course, you’ll learn the foundations of Elixir, the language syntax, how to define modules, manipulate the characteristics of common data structures, and more. This course focuses on ensuring that Elixir is installed and that you can successfully run Elixir’s interactive shell called IEx and its build tool, Mix.By the end of this video, you will have learned how to use the Elixir programming language and know how to use its toolset to start building your own applications with ease.

The content and offerings are great, but the website remains slow and buggy. It has been for years. 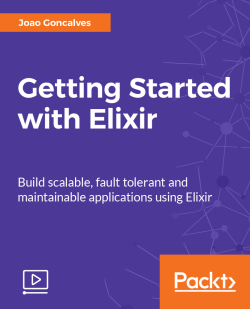