The new LEGO SPIKE Prime is one of the latest additions to the LEGO robotics line of products. This book will help you to enjoy building robots and understand how exciting robotics can be in terms of design, coding, and the expression of ideas.

The book begins by taking you through a new realm of playful learning experiences designed for inventors and creators of any age. In each chapter, you'll find out how to build a creative robot, learn to bring the robot to life through code, and finally work with exercises to test what you've learned and remix the robot to suit your own unique style. Throughout the chapters, you'll build exciting new smart robots such as a handheld game, a robotic arm with a joystick, a guitar, a flying bird, a sumobot, a dragster, and a Simon Says game.

By the end of this LEGO book, you'll have gained the knowledge and skills you need to build any robot that you can imagine.

Industrial robots have been around for a long time. In many cases, industrial robots are not the humanoid-looking robots we imagine when thinking of robots. Instead, many are robot claws that can do a wide variety of tasks, such as surgery, welding, assembly, painting, and more. In this chapter, you are going to build a robotic claw to pick up an object to better understand how these claws work and operate. In the following image, you can see what you will be building: 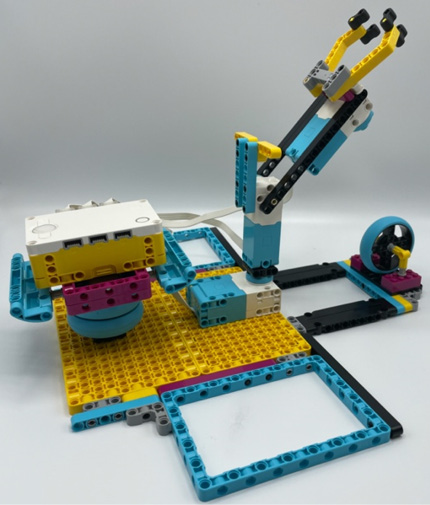 In this chapter, we will break down the build and program, as follows:

For the building of the robot, all you will need is the SPIKE Prime kit. For programming, you will need the LEGO SPIKE application/software.

Access to the code can be found here: https://github.com/PacktPublishing/Design-Innovative-Robots-with-LEGO-SPIKE-Prime/blob/main/Chapter%202%20-%20Robot%20Arm%20Code%20.llsp.

You can find the code in action video for this chapter here: https://bit.ly/3xkt1Mj

Before we build this claw, let's explore the strategy being used for this claw. There are many LEGO robotic claws to be found online. This claw will use the following tactics and strategies:

We are going to start this build using a large yellow 11x19 base plate as the main building foundation for this robotic claw. Let's take the following steps:

Figure 2.17 – Piecing the elements together

And here is how it fits into the purple 7x11 open frame: 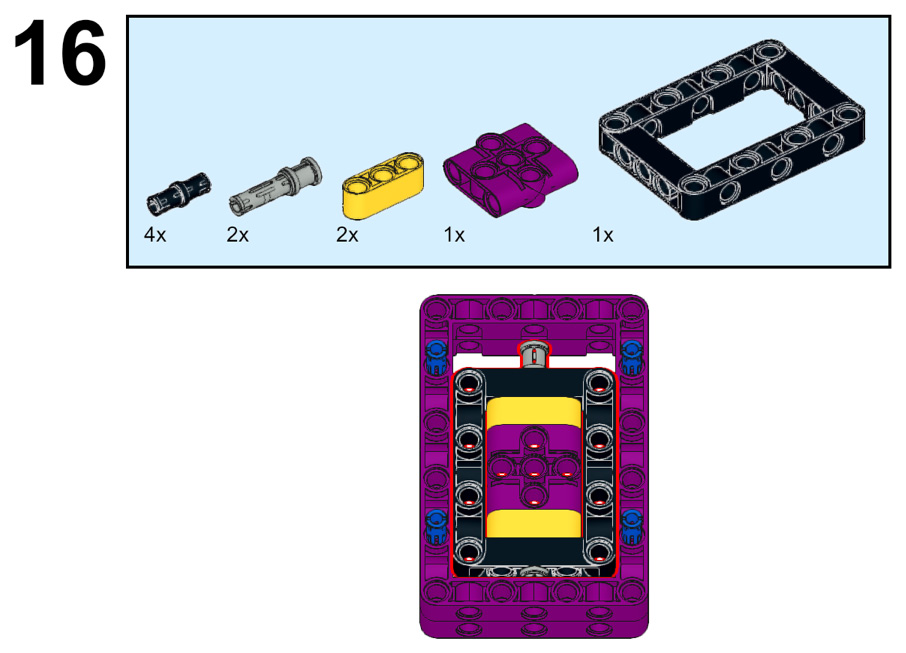 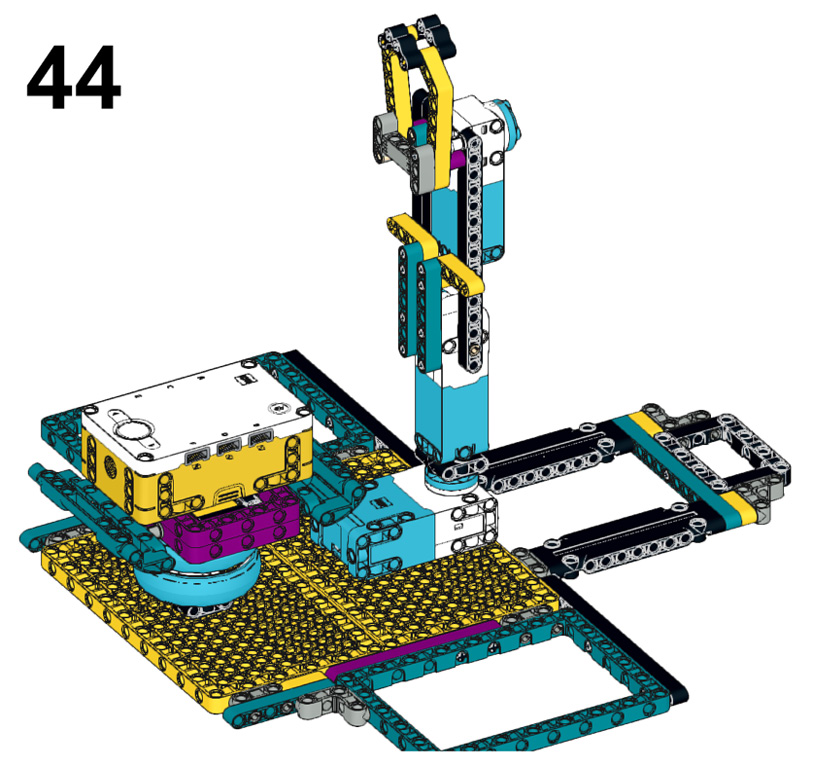 Now that your claw is complete, we have one more item to build, which is an element to be picked up, so let's build a small cargo element.

Now that the arm mechanism has been built, you need an element to pick up. You will now build a cargo build to practice using your claw: 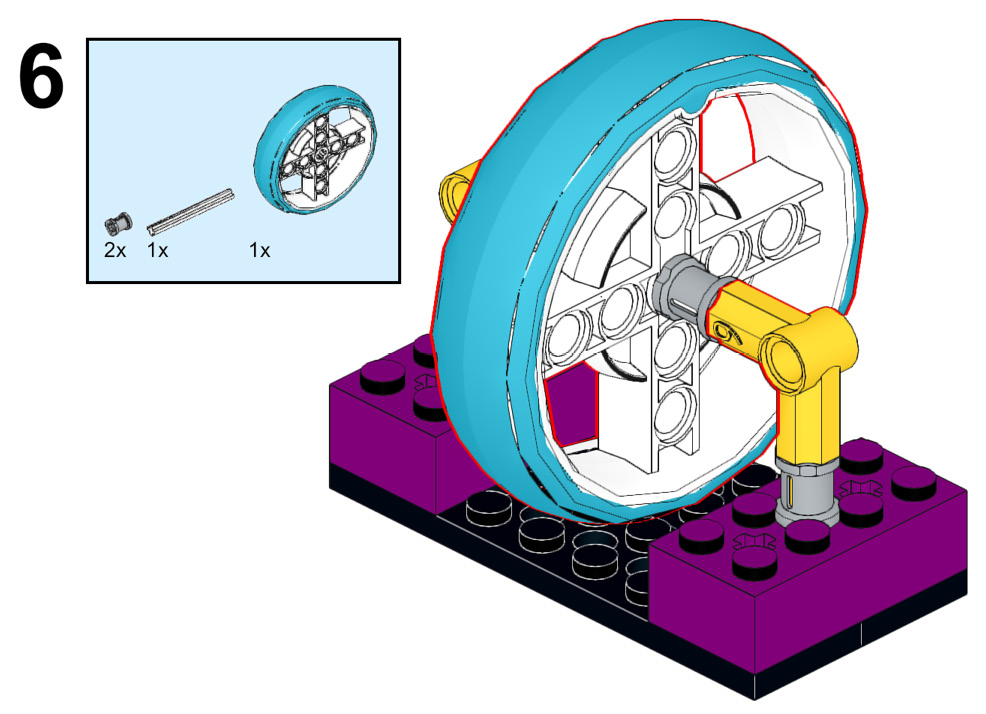 This will be the cargo item we will use to grab and move to different locations. Next, it will be time to move on to the coding to bring the robot claw into use.

Overall, this program is simple to develop and is created to be easily adaptable for you to remix to meet your needs. Use this sample code to make sure everything works, and then begin to tweak the code to make it work to your desired needs. Make sure you have the proper ports plugged in, and then move on to the code.

You can check that your motors are properly plugged in by checking the Hub Connection in the software, as seen in the following screenshot: 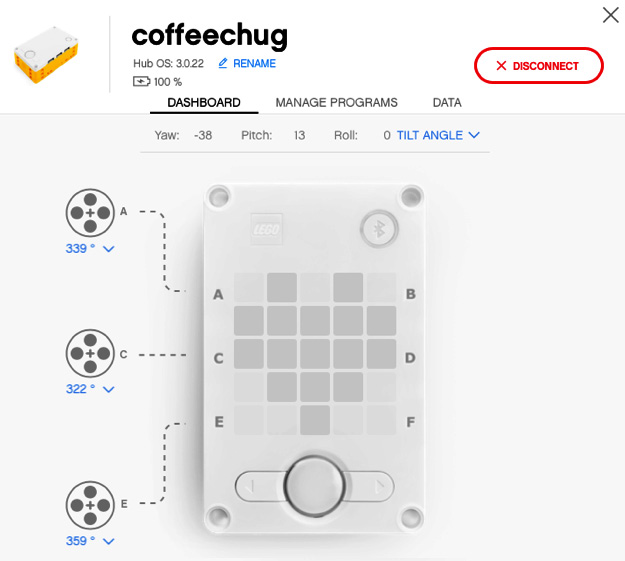 It is time to write the program so that you can control the claw.

To get started with this program, let's go ahead with the following steps to make the robot come to life: 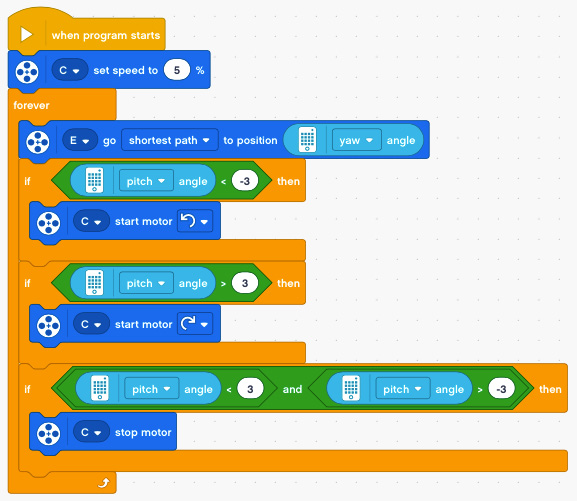 When it is all complete, your code should look like this: 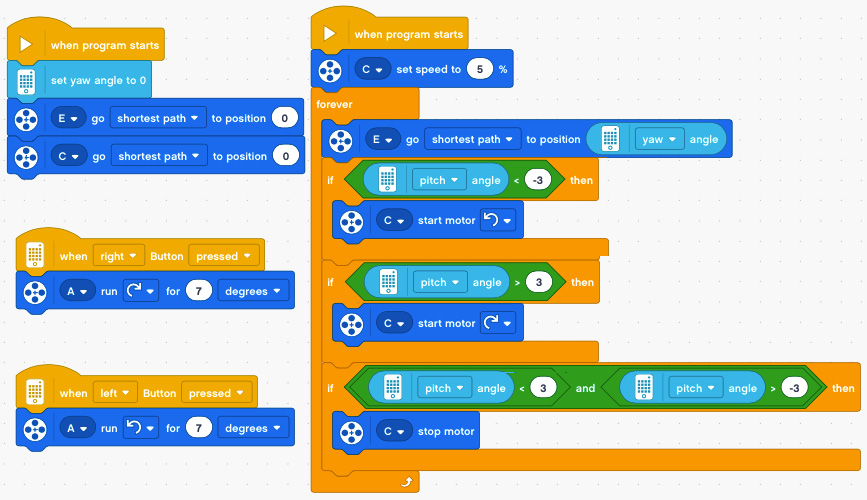 Figure 2.64 – Complete code for this project

And that is it! You did it. You built a nice-looking and working robot claw. Now comes the fun part, which is to remix the claw to make it your own. Let's look at some ideas.

Making it your own

This is the part I love, and I hope you do too. This robot is just the beginning of the fun. It is now time for you to take this framework of the robot build and sample code and make it unique to your talents and imagination.

Here are a few ideas to consider applying to this robot:

Industry continues to rely on robotics to achieve production goals. By the end of this chapter, we had explored the concept of industrial robots by building a robotic claw that can pick up an object and transport it to another location. Additionally, we explored how to have several motors working together to create an actual working claw. This is a classic build that must be done with any new robotic kit!

Let's now head to the next chapter and explore a whole different world of robotics by building a guitar. 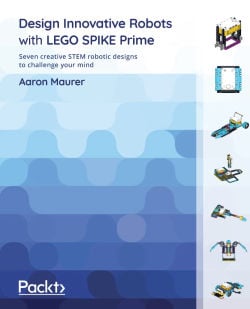