Security is a major concern, in particular now that everything is moving to the cloud. A private cloud is a cloud computing platform built on your own hardware and software. The alternative is to deploy the services you need on a public cloud infrastructure provided by an external supplier such as Amazon Web Services, Rackspace Cloud, or HP Public Cloud. While a public cloud can afford greater flexibility, a private cloud gives you the advantage of greater control over the entire stack.

Ensuring the security and compliance of any applications, especially those that are business critical, is a crucial step in your journey to the cloud. You will be introduced to security roles in VMware vCloud Director, integration of LDAP Servers with vCloud, and security hardening of vCloud Director. We’ll then walk through a hypervisor-based firewall that protects applications in the virtual datacenter from network-based attacks. We’ll create access control policies based on logical constructs such as VMware vCenter Server containers and VMware vCloud Networking and Security security groups but not just physical constructs, such as IP addresses. You’ll learn about the architecture of EPSEC and how to implement it. Finally, we will understand how to define data security policies, run scans, and analyze results.

VMware provides a complete end-to-end cloud platform and solution using VMware vCloud Director, which is built on VMware technologies and solutions to deliver cloud computing. Cloud computing brought a new approach to computing that leverages efficient pooling of an on-demand, self-managed virtual infrastructure to provide resources consumable as a service.

In this chapter, we will cover the following aspects: 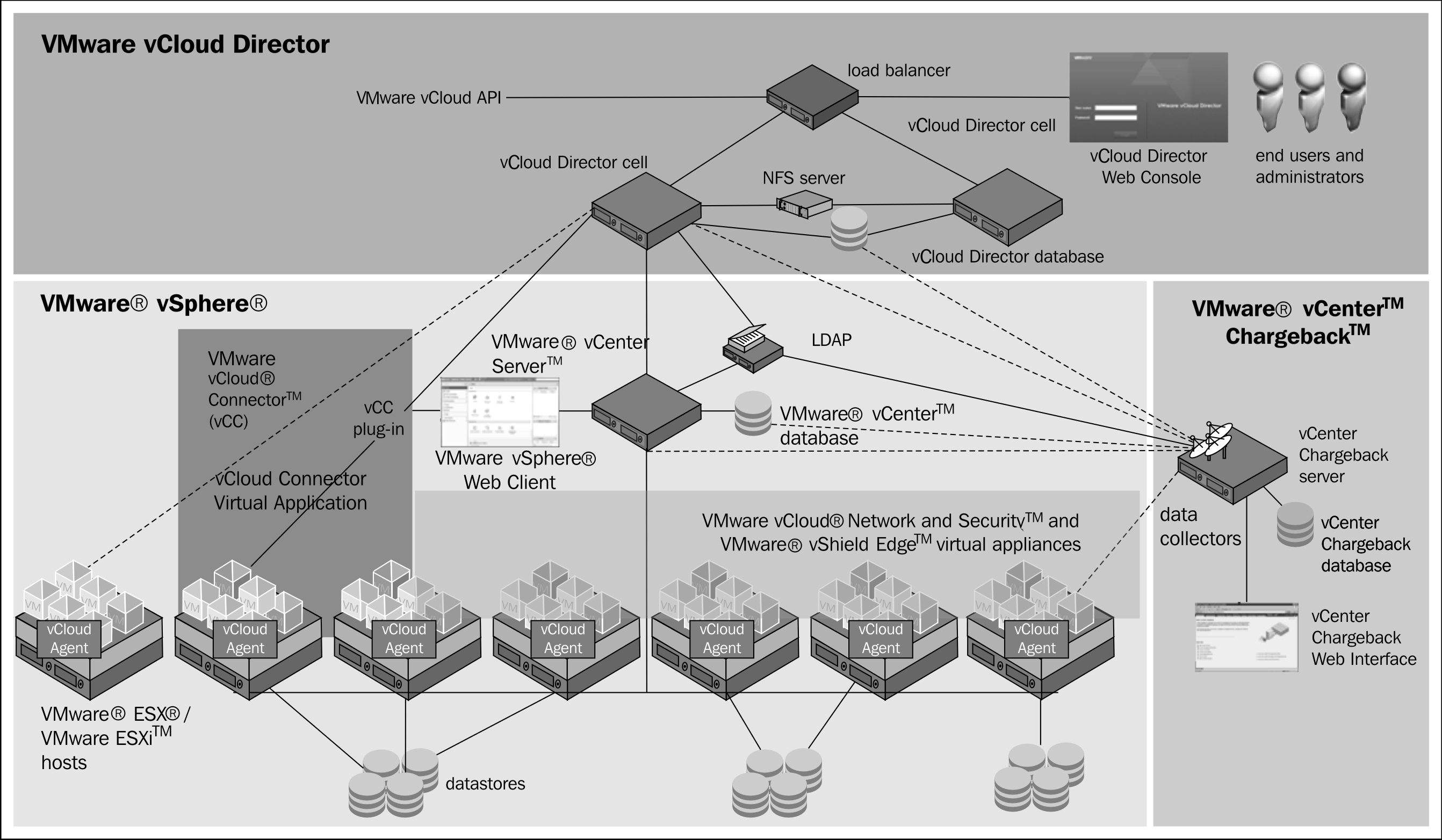 vSphere clusters should be enabled with VMware vSphere Distributed Resource Scheduler (DRS) that should set to balance the vCloud Director deployed workloads across the physically compute resources of the vSphere DRS cluster. You can define a single cluster for the cloud provider resource or use multiple vSphere resource pools to provide the cloud provider resource. Though resource pools are supported, the best way to use them is in a cluster-wise format from a scaling perspective.

Let us take a closer look at the vCloud side. A vCloud Director Server group consists of one or more vCloud Director servers, which are also called vCloud cells. These servers share a common database and are linked to the vCenter Server systems and ESXi hosts. The vCloud Networking and Security servers provide network services for vCloud Director. If you want to segregate and allocate vCloud resources to the organizations, there is a web-based portal for vCloud administrators to do this. This web-based portal can be used for each organization as well and can provide consumers with the means to create and manage their own virtual machines. However, access is controlled through a role-based model set up by the organization administrator. A vCloud administrator has the ability to set the lease time to control how long vApps can run and be stored.

Let us look at the hybrid cloud scenario:

The following diagram gives an overview of this scenario: 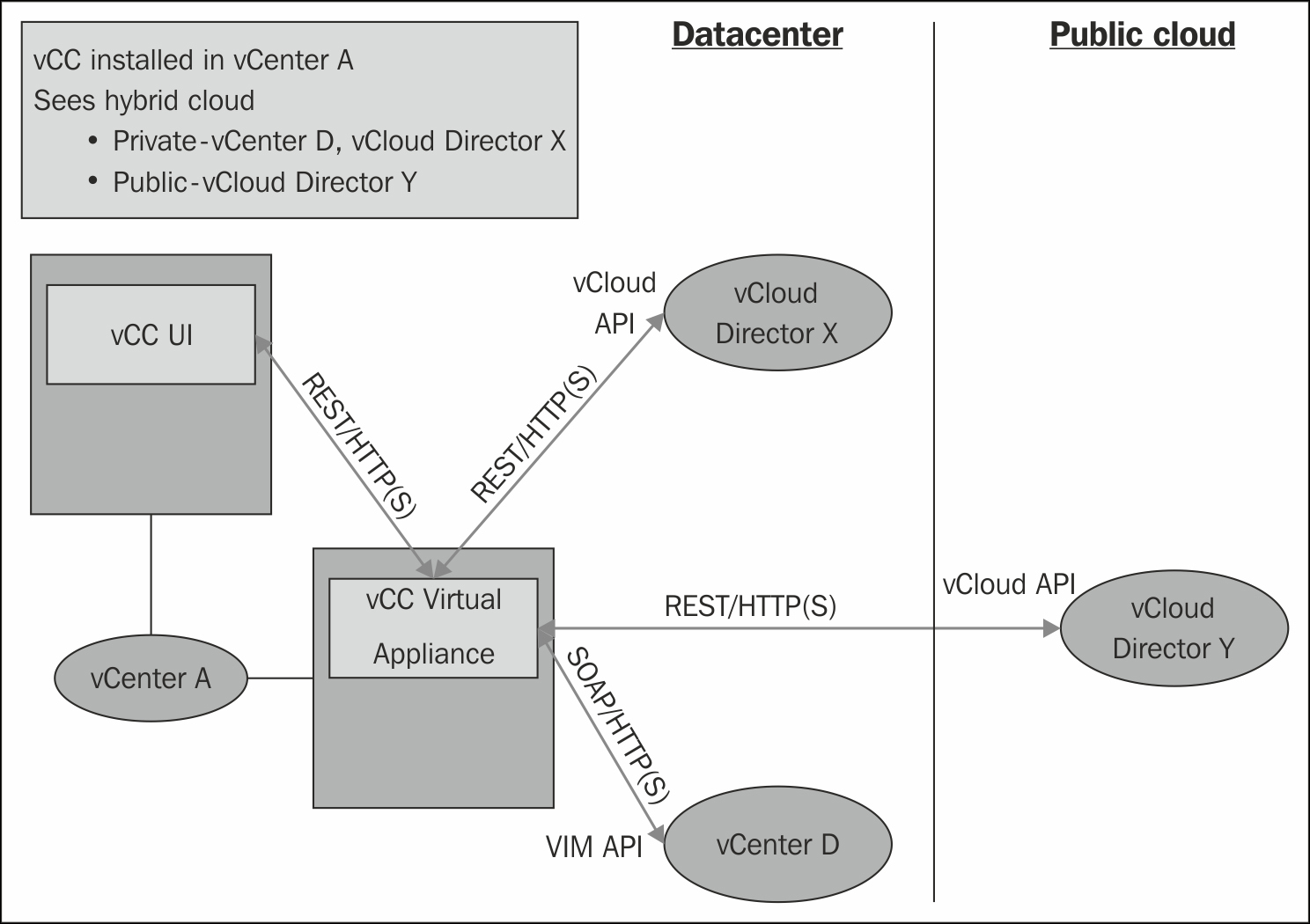 vCloud administrators can also set quotas that limit the number of virtual machines that an organization can have, define an isolated or shared network, have complete control of the network flow, have preestablished pools of resources, and implement security policies. The following figure shows the vCloud components and the integration of them:

You should use vSphere HA and DRS on the management cluster to provide availability for all the management components. For vSphere HA, use the Percentage of Cluster Resources Reserved admission control policy in an n + 1 fashion instead of defining the amount of host failures a cluster can tolerate or specifying the failover hosts. This approach will help you to allow management workloads run evenly across the hosts in the cluster without the need to dedicate a host strictly for host failure situations. But this is not just limited to n + 1; for higher availability, you can add a host for an n + 2 cluster, although doing so is not a requirement of the vCloud private or public service definitions.

You may be wondering why you need a vCenter Server inside your vCloud management cluster. This management vCenter Server will carry clusters that will host cloud workloads. These resources are allocated by vCloud Director as a provider datacenters. Within a distinct vSphere cluster, a provider datacenter translates into a resource pool that is created automatically by vCenter, issued on a request from vCloud Director.

Although you can physically separate the management cluster and resource cluster, it is not a good practice to do so. You should put the management cluster and vCloud consumer resources on the same physical site. If you use a single site, it ensures a consistent level of service. Otherwise, latency issues might arise if workloads must be moved from one site to another.

For installing vCloud Director, there are lots of prerequisites that have to be in place before you can proceed further. Let us look at those:

vCloud Director uses both Microsoft SQL Server and Oracle Database. In this section, we will consider SQL Server only. VMware suggests that a database server configured with 16 GB of memory, 100 GB of storage, and four CPUs should be adequate for most vCloud Director clusters.

At this time, we need to create the SSL/TLSv1 certificates. Cloud computing has become one of the hottest technologies today. It is being used by service providers and enterprises alike. As more and more people have been accessing cloud services via the Internet or within their corporate environments, traffic passing through the cloud has multiplied. Along with this growth and proliferation have come heightened security risks and resulting attacks to the information being shared. Security has become a paramount concern, because authenticity, confidentiality, and integrity of the information are vital and must be guaranteed.

Network security leverages numerous techniques to aid in the protection of transmitted information. Traditionally, it relies on the principles of cryptology to provide the foundation of security. This involves the conversion of information into an incomprehensible form factor that is usable only to selected recipients capable of transforming the information back into a usable form. Transport Layer Security (TLS) and its predecessor Secure Sockets Layer (SSL) are cryptographic protocols commonly used today to aid in network security.

Complex infrastructures such as cloud computing involve multiple connections between various hosts and external communication channels. The use of TLSv1/SSL certificates is an important tool to encrypt those connections to provide data privacy.

TLSv1/SSL certificates also provide for two-way authentication. This enables a host to validate that it is connected to the intended recipient. This decreases the ability of an imposter to intercept the information transmitted.

Each vCloud Director Server requires two SSL certificates, one for each of its IP addresses, in a Java keystore file. The vCloud Director installer places a copy of a keytool in /opt/vmware/vcloud-director/jre/bin/keytool.

The console proxy and the HTTP alias use the same hierarchy of certificates. Because this one keystore file contains both certificates, you can use this single file wherever it is needed after it has been created.

Because this file contains private keys and is protected by a single password, it is strongly recommended that you do not keep copies of this file in unsecured locations. You should maintain a copy of a keystore file only where absolutely needed.

Before beginning the procedures, the following prerequisites must be fulfilled:

This assumes you are using the keytool installed on your vCloud Director Server as in the following example:

It will connect to the database through JDBC and database script will run.

Open a web browser and connect to https://<FQDN>/cloud. (This is the web IP address.)

If you get this error, follow the given steps to register your vCenter Server with the vCloud Networking and Security Manager:

The vCloud Director security guide is available at http://www.vmware.com/files/pdf/techpaper/VMW_10Q3_WP_vCloud_Director_Security.pdf, which covers in detail how to address the security needed for specific environments.

If you look at the vCloud Director Security model and see how a user can be identified, you will see that user identification can happen from five possible locations and those are:

System administrators have been defined at the system level, and they carry full system-level access. 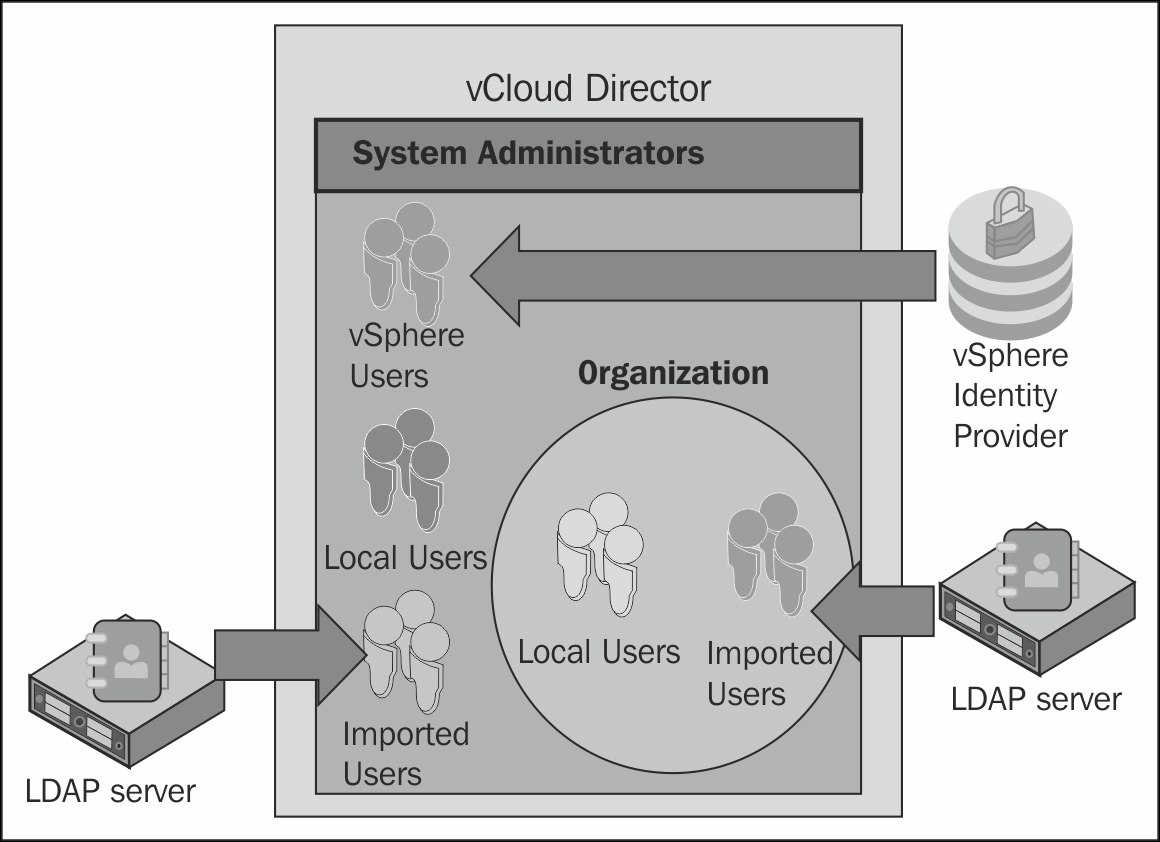 By default, vCloud Director ships with some predefined roles and those are:

vCloud Director has the ability to use LDAP at both the system level and the organization level. At the system level, you can either connect to an external LDAP system or create and use users who are internal to vCloud Director. You can use an external LDAP system to bring in users, but VMware recommends that you create at least one system user, which is only internal. The existence of at least one internally defined system administrator allows you to log in to your vCloud Director console even if the LDAP system is offline.

If you use simple authentication without at least combining it with SSL, the user ID (DN) and the password are sent in clear text on the network.

In order to use SSL, you must select it. You must then determine whether you will automatically accept all the certificates, or you will insist on browsing to a specific certificate. Using all certificates is much easier to configure. If your LDAP server has a certificate, it is accepted automatically. The use of SSL also provides an encrypted password exchange with the LDAP server. But the certificate from the LDAP server must be located on your system (the one the vCloud Director console is running from) and you must know the location of your SSL keystore file and have the password. 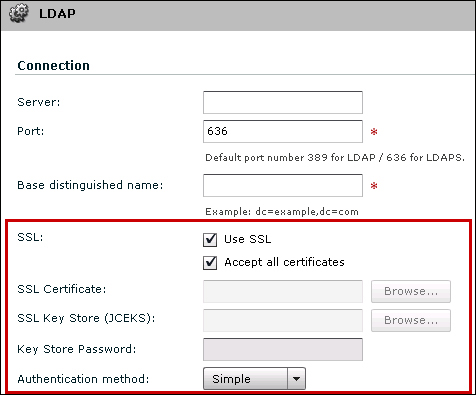 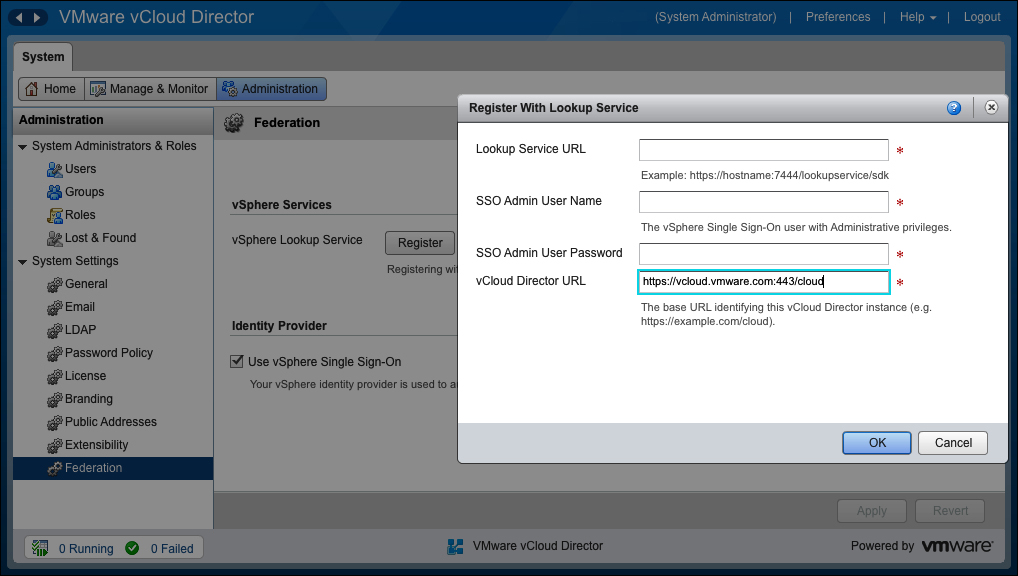 One of the most important factors for the overall system security is to record and monitor the activities of the users. The organization maintains their compliance with rules by maintaining an audit log of significant activities. Using audit logs, an organization verifies and detects any violations and initiates remediation activities.

Audit logs can also help the organization in detecting attempts, whether successful or not, to gain illegitimate access to the system, probe its information, or disrupt its operation.

As a vCloud organization administrator, you can view the log for an organization to monitor organization-level tasks that are in progress. In addition, you can find and troubleshoot failed tasks.

So essentially, we are talking about system-level and organization-level tasks.

vCloud Director provides logging information for each cloud cell in the system. You can view the logs to monitor your cells and to troubleshoot issues.

You can find the logs for a cell at /opt/vmware/cloud-director/logs.

The following table shows the log names and their purposes:

It is recommended that you configure this option for the following reasons: 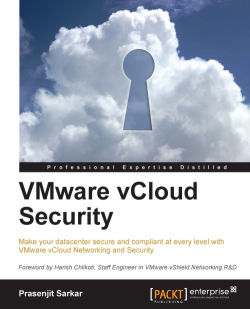