Python and one of its QT bindings, PyQT, has changed the face of GUI development. It allows us to build beautiful and powerful GUIs that grab the attention of Python programmers. QT5 has several advantages over other GUI frameworks such as tkinter and wxPython.

In this video, we will successfully install PyQt5 and the toolset that contains the QT Designer tool. The QT Designer enables us to develop our GUI in a visual manner, using drag and drop to add and position widgets, and we will use it extensively. We will then learn how to convert QT Designer-generated code into pure Python code.

After having successfully installed PyQt5, the QT Designer, and all other required QT tools, we will start out simple, building a Python GUI using only a few lines of PyQT5 code. Then, we will build a more complex GUI using QT Designer. Along the way, we will explore many QT widgets and learn how to efficiently lay out our GUI design. We will enhance the look-and-feel of the GUI using CSS styling. We will also connect our GUI to a SQL database, which we will create. We decouple the business logic code from the UI code, using best practices. At the end of this video tutorial, viewers will be able to develop complex GUIs using PyQt5.

The video course focuses on developing fully functional Python GUIs using the PyQt5 framework. We start simple and move ahead with more complex GUIs, adding widgets and making them functional. The course then uses Qt Designer, which is a fantastic tool for quickly creating professional-looking GUIs written in Python. We decouple the UI code from the Python business logic code, using a Best Practices approach.

I only had time to watch the first few sessions. It is very good and inspired me to start looking more deeply at specific items that were mentioned. The demo in the 3rd section is what I was hoping to find out about the use of QT5. I have a lot of Python books and have not found the time to look into them, so the video is very useful since I can review sessions in portions in smallwindows of opportunity. 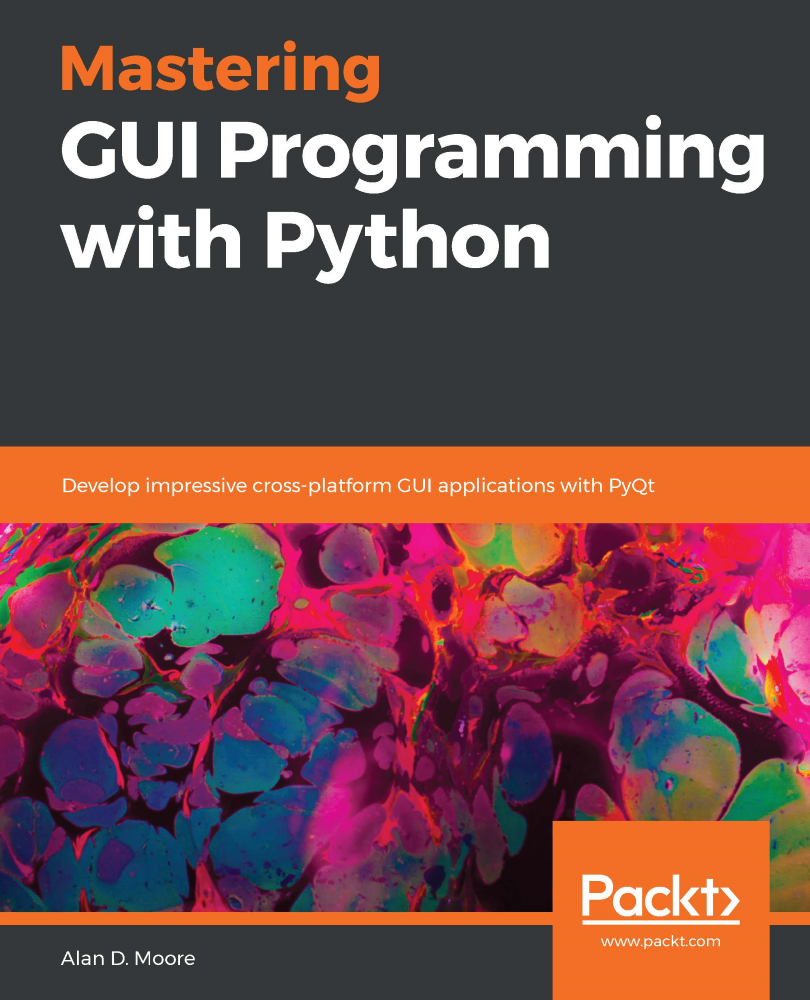 An advanced guide to creating powerful high-performance GUIs for modern, media-rich applications in various domains such as business and game development 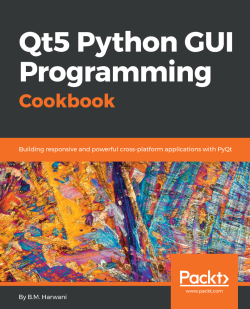 Over 60 recipes to help you design interactive, smart, and cross-platform GUI applications 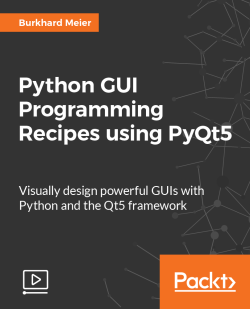