In this world of technology upgrades, IoT is currently leading with its promise to make the world a more smarter and efficient place.

This book will show you how to build simple IoT solutions that will help you to understand how this technology works. We would not only explore the IoT solution stack, but we will also see how to do it with the world’s most misunderstood programming language - JavaScript. Using Raspberry Pi 3 and JavaScript (ES5/ES6) as the base to build all the projects, you will begin with learning about the fundamentals of IoT and then build a standard framework for developing all the applications covered in this book. You will then move on to build a weather station with temperature, humidity and moisture sensors and further integrate Alexa with it. Further, you will build a smart wearable for understanding the concept of fall detection. You will then extend it with the 'If This Then That' (IFTTT) rules engine to send an email on fall detection. Finally, you will be working with the Raspberry Pi 3 camera module and surveillance with a bit of facial detection using Amazon Rekognition platform.

At the end of the book, you will not only be able to build standalone exciting IoT applications but also learn how you can extend your projects to another level.


Chapter 1. The World of IoT

Welcome to advanced IoT with JavaScript. In this book, we will look at building IoT solutions using JavaScript as our programming language. Before we start with the technical deep dive, I would like to talk about the world of IoT, the solutions offered by it, and what responsibilities fall on bestows on us developers who make these products. In this chapter, we will look at the following topics:

The world of IoT

Imagine a scenario where you have run out of milk; you have noticed it and put it on your shopping list. But due to unforeseen reasons, you forgot to buy milk; well, you don't have milk for the next day.

Now imagine another scenario: you have a smart fridge, and it noticed that you are running out of milk, puts milk on your shopping list, and then updates your GPS route to come home via the supermarket, but you still forget it.

You have to now face the wrath of your refrigerator.

Now that things are getting real, imagine another situation where your fridge has skipped the middleman, you, and now directly places an order on Amazon, and Amazon delivers it by the time you need your breakfast the next day.

Scenario three is what is we are after. Let one machine talk to another machine and take decisions accordingly; things such as the type of milk, quantity, and expiry date are automatically validated before purchase.

We humans are now using the world of connected devices and smart devices to make our lives better.

If you have been breathing for at least a decade, you must have heard terms such as smart living, smart spaces, and intelligent devices. All these refer to a parent concept called the Internet of Things (IoT).

In simple words, IoT is when we have our electronic, electrical, or electro-mechanical devices connect to the internet and talk to each other.

With this technology, we have found the solution for Sheldon Cooper (from the Big Bang theory, CBS TV series), where he wants to know who sits on his spot as soon as someone sits on it: 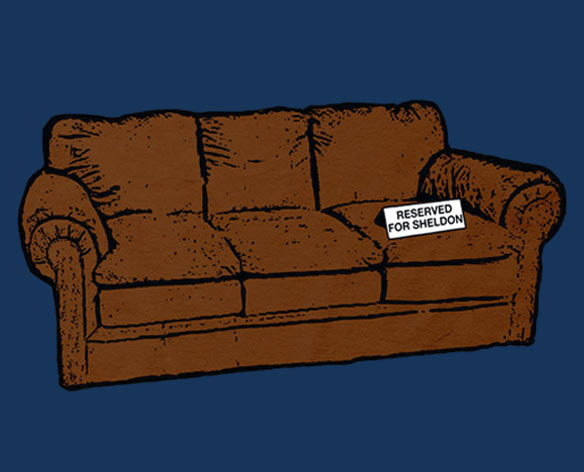 All we do is place a weight sensor underneath the cushion, and if the weight increases, the sensor will trigger the camera pointing at the sofa to take a picture and send a push notification to him with the picture. How about that?

I know I have pushed the examples a bit, but you get the point, right?

IoT has existed in various forms for more than 35 years. The earliest example I found was a Coke machine at Carnegie Mellon University in 1982. Developed by four graduate students, Mike Kazar, David Nichols, John Zsarnay, and Ivor Durham, they hooked up the Coke machine to the internet so that they could check from their desks whether the machine was loaded with cold Coke. Source (https://www.cs.cmu.edu/~coke/). 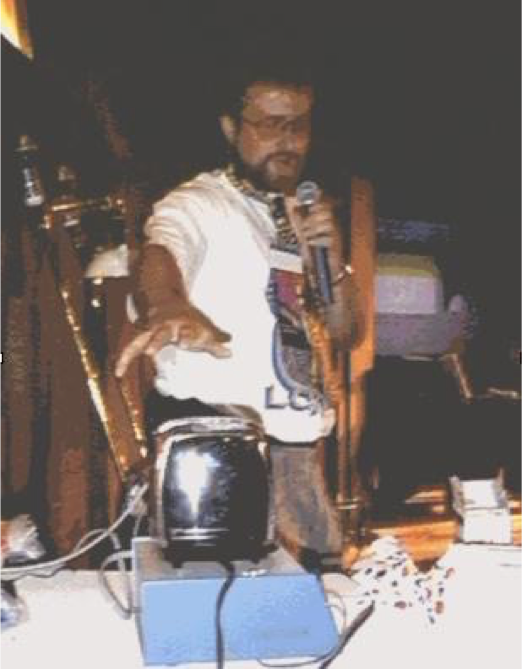 Another interesting IoT example is the Trojan Room coffee pot. This was created by Quentin Stafford-Fraser and Paul Jardetzky in 1993. A camera was located in the Trojan Room in the computer laboratory of the University of Cambridge. It monitored the coffee pot levels, with an image being updated about three times a minute and sent to the building's server:

As mentioned previously, we can see that even before we could imagine the possibilities, people had already worked on internet-related solutions.

Over the past 2 years, there was one thing that I kept on seeing and started believing strongly:

"Laziness is the mother of Invention."

Not necessity, not boredom, but laziness. In this day and age, nobody wants to do mundane things such as grocery shopping, walking up to a switch, and turning on a light or AC. So, we are searching for new and innovative ways to solve these problems.

Now that you have a feel for IoT, you can imagine the literally infinite possibilities that can be built using this piece of technology.

Based on my observations, IoT use cases can be crudely classified into three parts:

The problem solving part comes in where IoT is used to solve a real-world problem, for instance, a farmer whose farm is located half a kilometre from their home, and they have to walk all the way to the farm to turn on their water pumps/motors . Another scenario is where a post-operation patient's vital statistics can be sent to the hospital periodically after his/her discharge, to monitor the patient for any abnormalities. This is where IoT fits in pretty well.

Convenience is where you can turn on your air conditioner 30 mins before you reach your home so you can chill as you enter or unlock your door from your work if someone you know knocks at your door and you are not nearby.

showing off is where you go to another country just to turn on or off your porch light, just to show that IoT works.

All of them are forms of consumption of this technology.

In this book, we will look at covering a few solutions that fall into previous use cases.

Now that we know what IoT is, we can start defining the technology stack. In this book, we will build a generic framework using JavaScript for developing IoT applications.

We will follow the approach of cloud computing, where we have a bunch of devices that are connected to the cloud, compared to a fog computing approach, where there is a gateway that can do almost all the things a cloud can but is locally available in the on-premises.

We will walk through each piece of technology in Chapter 2, IoTFW.js - I and Chapter 3, IoTFW.js - II, and from there on use these technologies to build IoT solutions in various domains.

Unlike software development, hardware development is well hard. The time taken, the complexity, and the execution are expensive. Imagine a syntax error in a JavaScript console; all we need to do is go to the specific line number, make the changes, and then refresh the browser.

Now compare this with hardware product development. From the time a piece of hardware is identified to when it is put on a supermarket shelf as a shrink-wrapped product takes at least 8 months, with at least four iterations of the product being made to validate and test it in the real world.

To give another example, the positioning of components on a product makes or breaks it. Imagine if there were no ridges or grip on a charger plug; your hand will always slip while pulling the charger out of the socket. This is value engineering.

Putting together a Proof Of Concept (POC) is very simple, as you will see in the rest of this book. Turning this POC into a shrink-wrapped product is a different ball game altogether. The difference is the same as between singing in your bathroom and singing on a stage with millions of people watching you.

Remember that the examples that we will build in this book are all POCs, and none of them are remotely close to being used in the production of a product. You can always use the solutions we will work on in this book to gain a better understanding of implementation and then design your own solution around them.

In this chapter, we looked at what IoT is and a bit of history about it. Next, we saw a couple of use cases, a high-level technology overview, and a bit about product engineering.

In Chapter 2, IoTFW.js - I, we will get started with building the IoT framework on which we will build our solutions.

Not received the previous purchase

I've not had time yet to review this book. It seems that it will be OK. 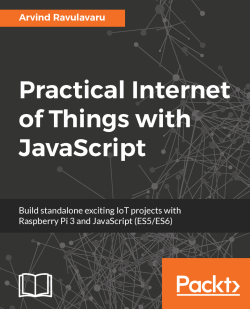