"Oracle Primavera Contract Management, Business Intelligence Publisher Edition v14" explains the concepts behind the core modules and how to use them.

"Oracle Primavera Contract Management, Business Intelligence Publisher Edition v14" makes this complex application understandable. You will understand the concepts behind the core modules and how to use them.

This book starts with some basic introduction to Contract management and then covers the advantages and disadvantages of using a spreadsheet in managing information on a project. The book then covers in detail the concepts involved with how it works from a 30,000 foot view and explains the concept of how Oracle Primavera Contract Management is diametrically opposed to a spreadsheet mentality.

The book also covers the aspects of how Oracle Primavera Contract Management manages the money and contractual relationships on a project.

Oracle Primavera Contract Management is one of Primavera's suite of tools for managing projects. It has been around the industry for over 20 years and has seen many different names; however, the core of the application has stayed the same from the beginning. The design is to manage all aspects of the communication of a project as well as the monetary aspects. As the years have gone by in the construction industry, not much has changed as far as building concepts; we still build things from the ground up. It is tools like PCM that allow us to perform our jobs more efficiently.

This chapter will look into the beginnings of contracts and why we need tools like PCM.

People have been making agreements between entities ever since there was a need for someone else to perform certain tasks. When an organization determines it needs or wants help with a task, it hires another entity. This can be an individual or a large multibillion-dollar company. When another entity is hired, there is a relationship created in the form of a contract where certain aspects of this relationship are understood. These items can be understood with a handshake or formally documented and agreed upon by the signature of both parties. This list of items can include the following:

Let's look at a simplified example. Meet Joe and David. Imagine a caveman named Joe asking his buddy David to make him a wheel; the first question from David was "What is a wheel?" 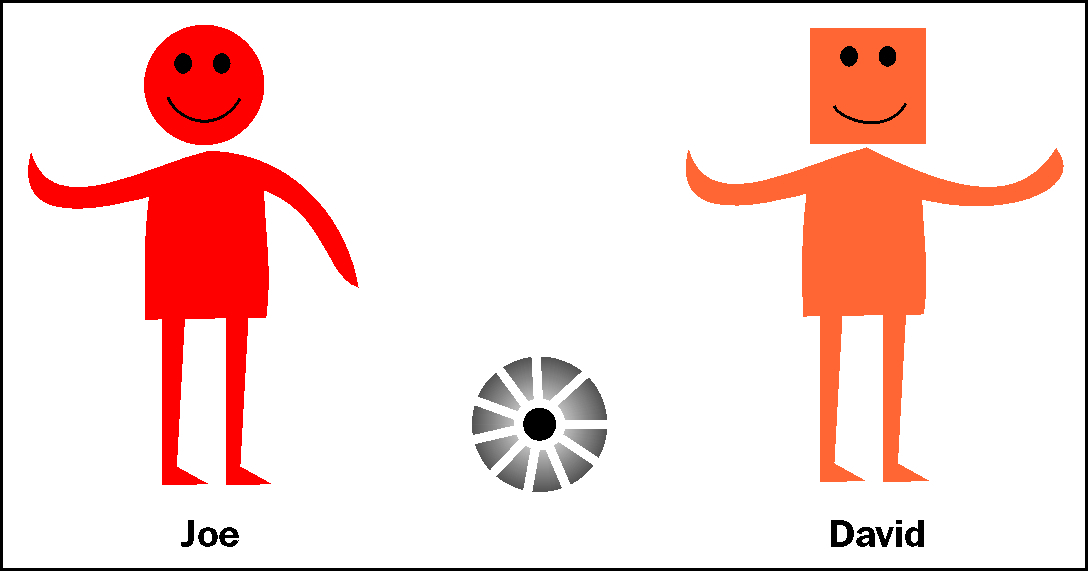 But after all the explanation of how the wheel will revolutionize the world like nothing they have ever seen, they agreed upon the items in the list above. Perhaps the payment was to provide firewood to his family for a year.

The concept of contracts has been around since the beginning of time. Of course at the time of Joe and David there weren't all the sophisticated tools available to manage and track these contracts like there are today. If David did not perform the task of making the wheel on time, was there an understanding of the consequences for this nonperformance? If he provided a wheel with four sides, perhaps the delivery of firewood was delayed or it was not delivered at all.

Now let's expand our example. A cavewoman by the name of Kristin approaches Joe to build a self-propelled chair she has invented. 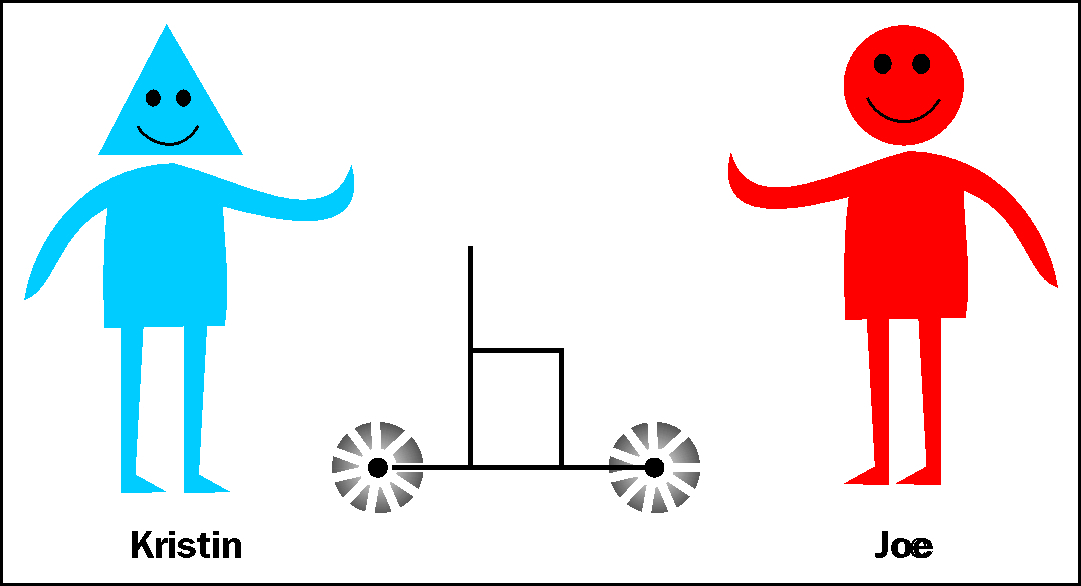 After the explanation of how the self-propelled chair will revolutionize the world like nothing else, they discuss all the different parts required to build this self-propelled chair. They come to an agreement with regard to all the items listed above. So Kristin and Joe have now developed a relationship or contract with the items defined. Of course Joe cannot make all the parts required for the self-propelled chair, so he finds other cave people who can produce the chair, frame, and the wheels that were just invented by David. Joe then sends smoke signals to communicate to David to meet about a relationship to produce the wheels for this self-propelled chair. He also contacts a few of his other buddies and places contracts with them to provide the other materials needed.

All the relationships are in place for all the materials required to build this chair. 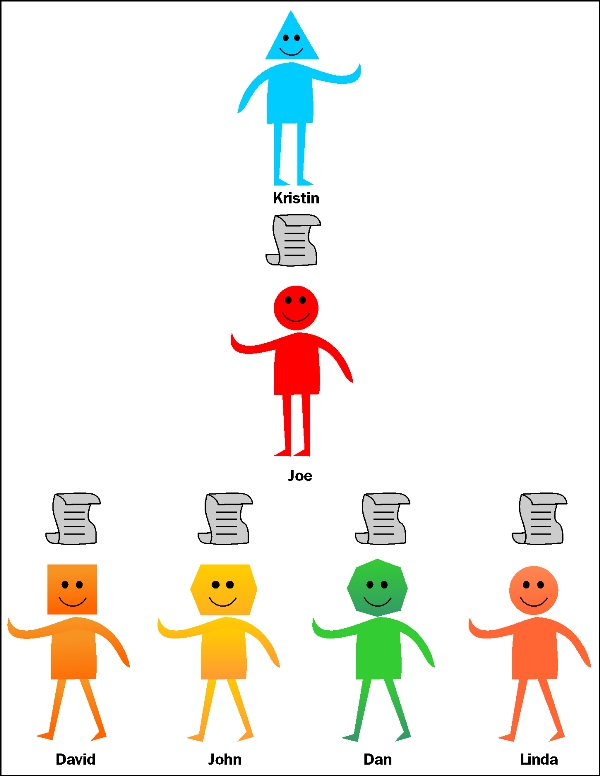 We now have three levels of involvement in building this self-propelled chair; there are contractual relationships formed between each of the levels. Each level will be managing the relationship from their perspective, making sure that the other party in the contract is performing as they had agreed. Each level concentrates on their relationships. David does not care about the relationship Joe has with Kristin; that is Joe's relationship. Joe now has many different contracts in place that he needs to monitor to make sure that the requirements of each contract are being met, either between Kristin and himself or his suppliers of parts and himself. He has many different parties that he will have to communicate with and track these communications just in case David claims that he didn't get paid.

As time progressed, the concept of the contractual relationship became more formalized and the legal profession saw another avenue to make money. So instead of just four or five simple requirements, contracts can be several hundred pages long and many times can only be interpreted by lawyers (perhaps by design – but that is another topic). There is no way that a manager trying to perform a task to fulfill his part of the relationship can understand or even know all the requirements. Enter Contract Management tools like PCM.

What has been described here is a simple form of contract. There are many types of contracts, depending on the type of project and the nature of the industry, with various benefits for one or both parties:

Other types of organizations that utilize a tool like this would be organizations that manage a budget bucket of money. This is not a true contract per se; however, it carries all the aspects of a relationship and therefore PCM can be used with these organizations, such as public entities or internal research groups.

Here is a list of the out-of-the-box modules provided in PCM. They are broken down by a folder structure, as follows (the module tree is configurable so your tree may be different): 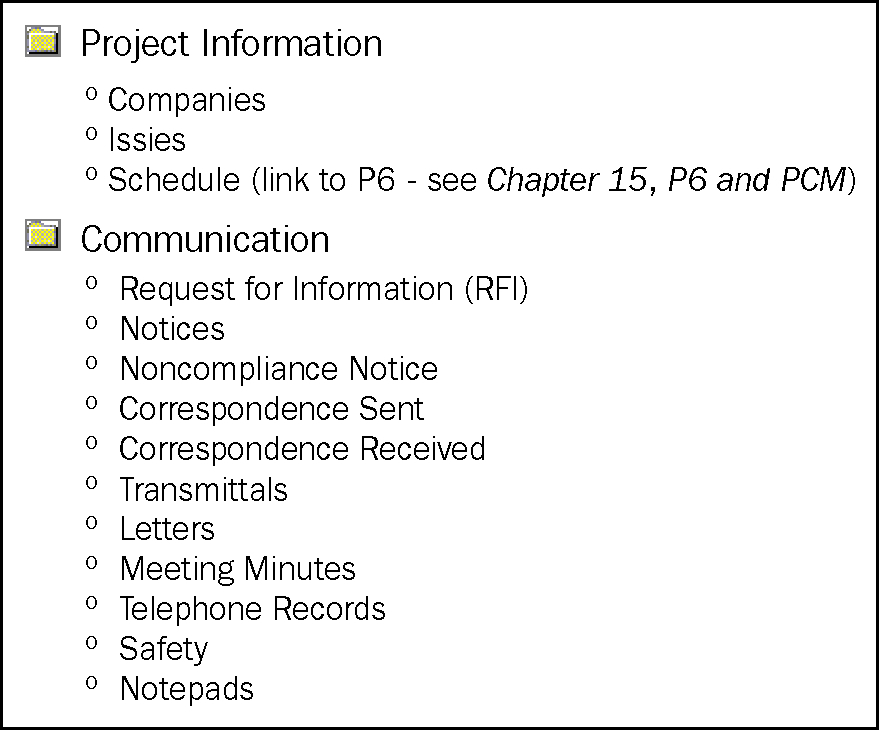 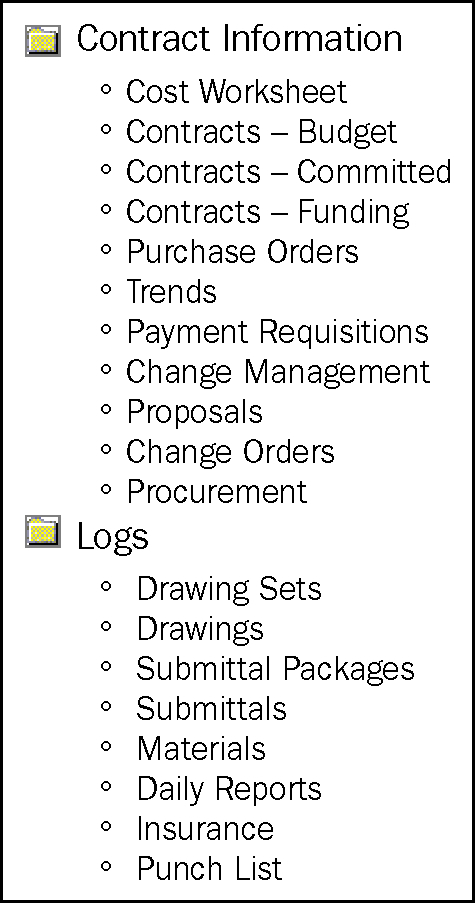 There are a total of 33 modules available today and five of those modules allow for unlimited document types or acronyms: Notices, Noncompliance, Requests, Proposals, and Changes. Within each of these modules, an unlimited number of that document type(s) are allowed. These modules are available at the project level. When a project is created, it automatically has all these modules associated with that project.

Regardless of the type of business you have (IT, Infrastructure, DOD, Contracting, and so on) or the various types of communication you currently use, PCM can accommodate them. It does not matter what level of the project hierarchy you occupy, the one represented by Joe, David, or Kristin; since all levels manage the contractual relationship, all levels can use PCM for their organization from their perspective. PCM allows using your specific acronyms and document types. The text within the system can also be configured to match your terminology. Many systems force your company in their box and make you change your terminology to match theirs.

Every document in every module can be associated with a specific contractual relationship entered in the system. This allows for all contract-related communication to be assembled and reported.

Many organizations think that implementing a tool like PCM is like throwing Microsoft Word on your desktop and telling you to use it. We all know that 90 percent of us only use about 10 percent of MS Word. Tools such as this are a discipline product; if you have the discipline to correctly use it, it can do great things. PCM is a way of life type product; your organization will come to depend on it to manage each set of contracts. PCM requires some forethought and planning before it can be used in an organization. There are many questions that need to be answered to properly set up this powerful tool. Often, those questions do not have ready or immediate answers; implementing a tool like PCM will force organizations to provide those answers. This is not a bad concept; don't be afraid. This exercise will help your organization mature and become better informed about project information and contract management. There is so much information that needs to be tracked and managed, that there must be procedures in place to make sure that nothing slips through the cracks. PCM will also shine a light on items that currently are in the dark, either intentionally or not. It is a tool that forces accountability within the project team. This is why many users are afraid to implement a tool such as this. PCM will expose those areas that are typically lacking in your organization. Every organization is different as to what those areas are and the effects of exposing them.

Change in an organization can be extremely hard. This is not something you didn't already know. Most managers and/or their subordinates do not like change. They have become very comfortable with the status quo. They have their very special spreadsheet that they can manipulate to show upper management. Many say, "Since the current system works, why do we have to change?" We need to define the word "works" in that question. All may be fine with the project manager and everything works for him, but for upper management, all is not fine. They have been wondering why, even though the project manager tells them all is great until the end of the project comes, the profit margin is not what they had expected and been told for the duration of the project. Many times upper management say, "If we had only known about those issues before the end of the project." PCM allows the upper management to have a view into the projects if required. It offers real-time information for reporting. They can run these reports any time from their control center. From the perspective of the enterprise, graphically they can see how aspects of the project are going. The following screenshot shows the Control Center screen of PCM: 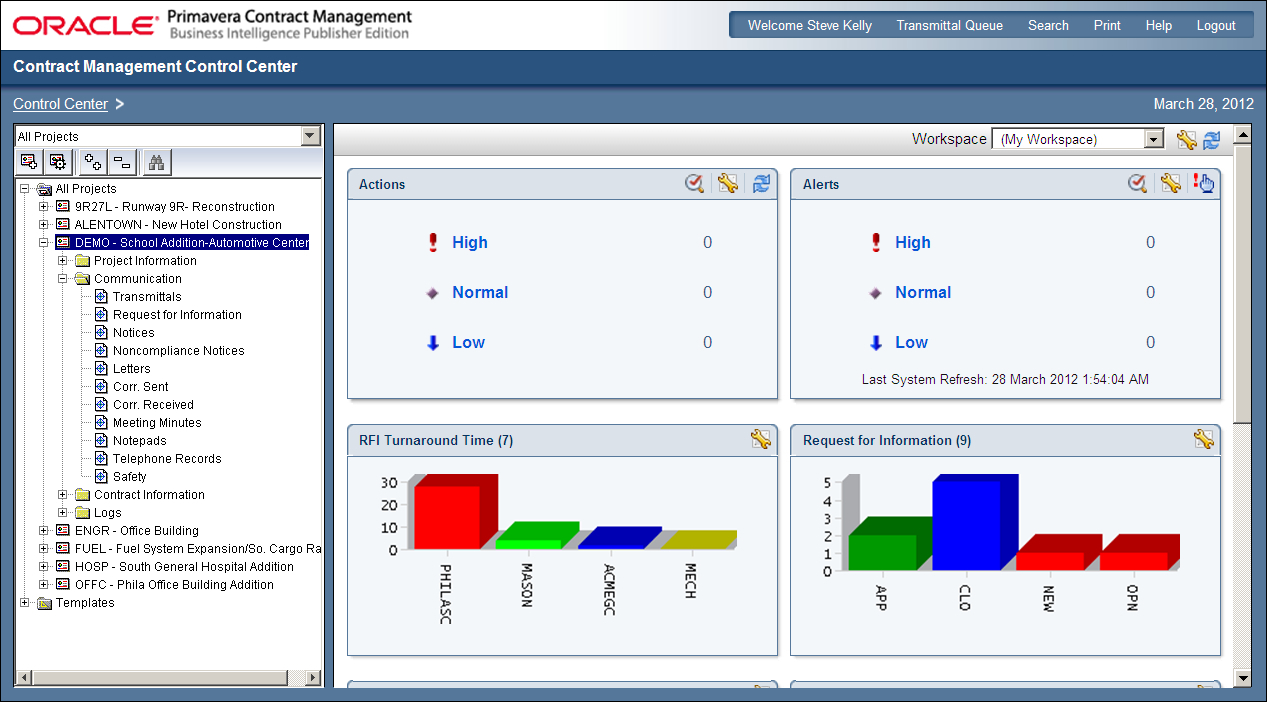 The health of a project can be visible from the Control Center of PCM. By reviewing the graphs available and the alerts that affect your position, you can concentrate your time where it is needed and make proper decisions for the project.

Oracle Primavera Contract Management application is the tool that other applications are measured against. In terms of projects, it invented the class of Contract Management software and has remained an innovative leader in that category. The latest version (version 14) provides an easy to use, robust database architecture that allows management of all levels throughout an organization to understand all aspects of their project in real time. They then can use this information to make informed and timely decisions.

With the many types of contracts available and the multiple projects being managed at the same time, a computerized tool to help in the management of this information is critical to efficient project management.

In the next chapter you will be exposed to the vast amounts of information available to a project and how to start organizing it for your benefit. 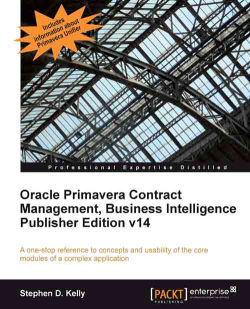