Modern C++ has come a long way since 2011. The latest update, C++17, has just been ratified and several implementations are on the way.

This book is your guide to the C++ standard library, including the very latest C++17 features.

The book starts by exploring the C++ Standard Template Library in depth. You will learn the key differences between classical polymorphism and generic programming, the foundation of the STL. You will also learn how to use the various algorithms and containers in the STL to suit your programming needs. The next module delves into the tools of modern C++. Here you will learn about algebraic types such as std::optional, vocabulary types such as std::function, smart pointers, and synchronization primitives such as std::atomic and std::mutex. In the final module, you will learn about C++'s support for regular expressions and file I/O.

By the end of the book you will be proficient in using the C++17 standard library to implement real programs, and you'll have gained a solid understanding of the library's own internals.

The C++ standard library has two distinct, yet equally important, missions. One of these missions is to provide rock-solid implementations of certain concrete data types or functions that have tended to be useful in many different programs, yet aren't built into the core language syntax. This is why the standard library contains std::string, std::regex, std::filesystem::exists, and so on. The other mission of the standard library is to provide rock-solid implementations of widely used abstract algorithms such as sorting, searching, reversing, collating, and so on. In this first chapter, we will nail down exactly what we mean when we say that a particular piece of code is "abstract," and describe the two approaches that the standard library uses to provide abstraction: classical polymorphism and generic programming.

We will look at the following topics in this chapter:

What distinguishes an abstract algorithm from a concrete function? This is best shown by example. Let's write a function to multiply each of the elements in an array by 2:

Our function double_each_element works only with objects of type array_of_int; passing in an object of a different type won't work (nor even compile). We refer to functions like this version of double_each_element as concrete or monomorphic functions. We call them concrete because they are insufficiently abstract for our purposes. Just imagine how painful it would be if the C++ standard library provided a concrete sort routine that worked only on one specific data type!

We can increase the abstraction level of our algorithms via the techniques of classical object-oriented (OO) programming, as seen in languages such as Java and C#. The OO approach is to decide exactly which behaviors we'd like to be customizable, and then declare them as the public virtual member functions of an abstract base class:

Since we can now parameterize the behavior of the double_each_element function without editing its source code directly--simply by passing in objects of different dynamic types--we say that the function has become polymorphic.

But still, this polymorphic function can handle only those types which are descendants of the base class container_of_ints. For example, you couldn't pass a std::vector<int> to this function; you'd get a compile error if you tried. Classical polymorphism is useful, but it does not get us all the way to full genericity.

An advantage of classical (object-oriented) polymorphism is that the source code still bears a one-to-one correspondence with the machine code that is generated by the compiler. At the machine-code level, we still have just one double_each_element function, with one signature and one well-defined entry point. For example, we can take the address of double_each_element as a function pointer.

In modern C++, the typical way to write a fully generic algorithm is to implement the algorithm as a template. We're still going to implement the function template in terms of the public member functions .size() and .at(), but we're no longer going to require that the argument arr be of any particular type. Because our new function will be a template, we'll be telling the compiler "I don't care what type arr is. Whatever type it is, just generate a brand-new function (that is, a template instantiation) with that type as its parameter type."

In most cases, it helps us design better programs if we can put down in words exactly what operations must be supported by our template type parameter ContainerModel. That set of operations, taken together, constitutes what's known in C++ as a concept; in this example we might say that the concept Container consists of "having a member function named size that returns the size of the container as an int (or something comparable to int); and having a member function named at that takes an int index (or something implicitly convertible from int) and produces a non-const reference to the index'th element of the container." Whenever some class array_of_ints correctly supplies the operations required by the concept Container, such that array_of_ints is usable with double_each_element, we say that the concrete class array_of_ints is a model of the Container concept. This is why I gave the name ContainerModel to the template type parameter in the preceding example.

When we implement an abstract algorithm using templates, so that the behavior of the algorithm can be parameterized at compile time by any types modeling the appropriate concepts, we say we are doing generic programming.

Notice that our description of the Container concept didn't mention that we expect the type of the contained elements to be int; and not coincidentally, we find that we can now use our generic double_each_element function even with containers that don't hold int!

Another advantage of generic programming is that it offers blazing speed through increased opportunities for inlining. The classically polymorphic example must repeatedly query the container_of_int object's virtual table to find the address of its particular virtual at method, and generally cannot see through the virtual dispatch at compile time. The template function double_each_element<array_of_int> can compile in a direct call to array_of_int::at or even inline the call completely.

Because generic programming with templates can so easily deal with complicated requirements and is so flexible in dealing with types--even primitive types like int, where classical polymorphism fails--the standard library uses templates for all its algorithms and the containers on which they operate. For this reason, the algorithms-and-containers part of the standard library is often referred to as the Standard Template Library or STL.

That's right--technically, the STL is only a small part of the C++ standard library! However, in this book, as in real life, we may occasionally slip up and use the term STL when we mean standard library, or vice versa.

Let's look at a couple more hand-written generic algorithms, before we dive into the standard generic algorithms provided by the STL. Here is a function template count, returning the total number of elements in a container:

And here is count_if, which returns the number of elements satisfying a user-supplied predicate function:

There is so much power packed into that little expression pred(elt)! I encourage you to try re-implementing the count_if function in terms of classical polymorphism, just to get a sense of where the whole thing breaks down. There are a lot of varying signatures hidden under the syntactic sugar of modern C++. For example, the ranged for-loop syntax in our count_if function is converted (or lowered") by the compiler into a for-loop in terms of container.begin() and container.end(), each of which needs to return an iterator whose type is dependent on the type of container itself. For another example, in the generic-programming version, we never specify--we never need to specify--whether pred takes its parameter elt by value or by reference. Try doing that with a virtual bool operator()!

Speaking of iterators: you may have noticed that all of our example functions in this chapter (no matter whether they were monomorphic, polymorphic, or generic) have been expressed in terms of containers. When we wrote count, we counted the elements in the entire container. When we wrote count_if, we counted the matching elements in the entire container. This turns out to be a very natural way to write, especially in modern C++; so much so that we can expect to see container-based algorithms (or their close cousin, range-based algorithms) arriving in C++20 or C++23. However, the STL dates back to the 1990s and pre-modern C++. So, the STL's authors assumed that dealing primarily in containers would be very expensive (due to all those expensive copy-constructions--remember that move semantics and move-construction did not arrive until C++11); and so they designed the STL to deal primarily in a much lighter-weight concept: the iterator. This will be the subject of our next chapter.

Both classical polymorphism and generic programming deal with the essential problem of parameterizing the behavior of an algorithm: for example, writing a search function that works with any arbitrary matching operation.

Classical polymorphism tackles that problem by specifying an abstract base class with a closed set of virtual member functions, and writing polymorphic functions that accept pointers or references to instances of concrete classes inheriting from that base class.

Generic programming tackles the same problem by specifying a concept with a closed set of requirements, and instantiating function templates with concrete classes modeling that concept.

Classical polymorphism has trouble with higher-level parameterizations (for example, manipulating function objects of any signature) and with relationships between types (for example, manipulating the elements of an arbitrary container). Therefore, the Standard Template Library uses a great deal of template-based generic programming, and hardly any classical polymorphism.

When you use generic programming, it will help if you keep in mind the conceptual requirements of your types, or even write them down explicitly; but as of C++17, the compiler cannot directly help you check those requirements.

Unexpectedly good, this. Mr O'Dwyer offers much more than a churn through what the STL can do. He really knows his C++, and is a fan, and this illuminates his writing. He seasons clear explanations of new STL features with detailed rationales and histories of the features. Particularly liked his backgrounding on streams. With this reference, I look forward to giving the new C++ baubles a run around the block. 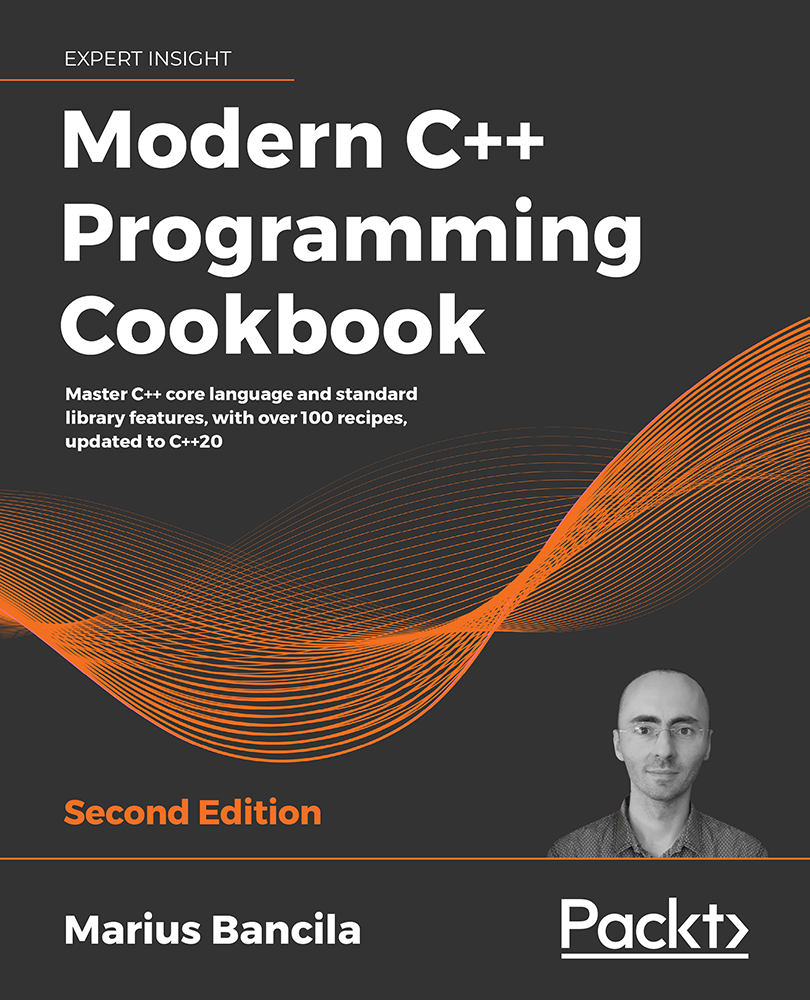 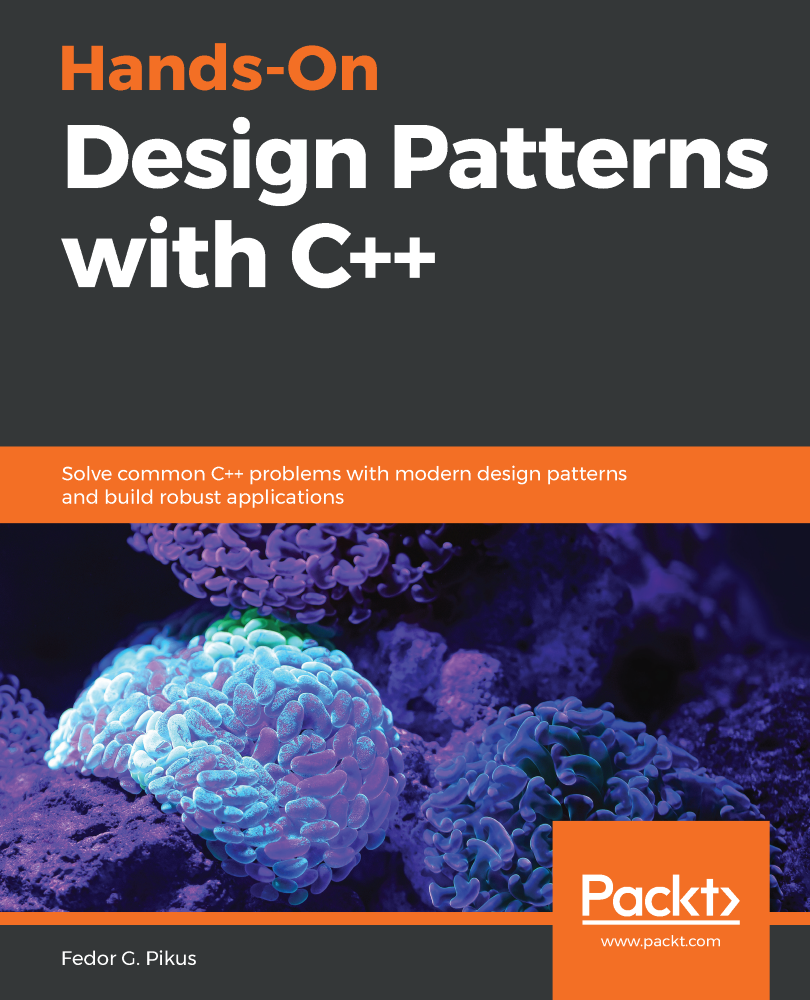 A comprehensive guide with extensive coverage on concepts such as OOP, functional programming, generic programming, and STL along with the latest features of C++ 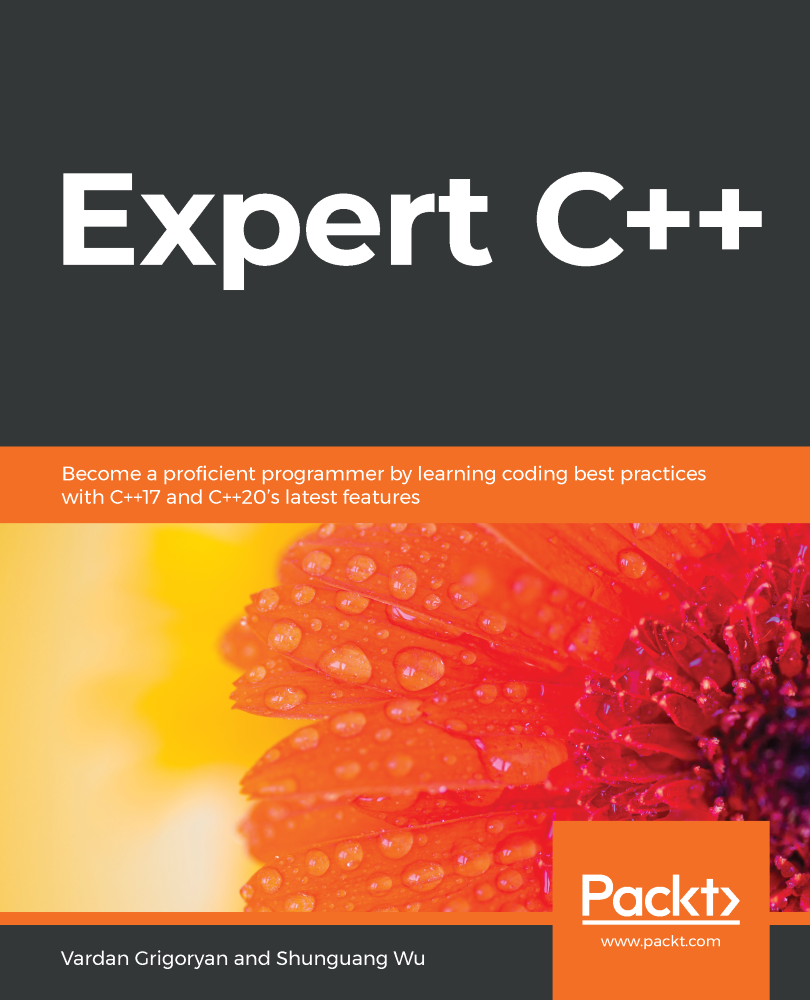 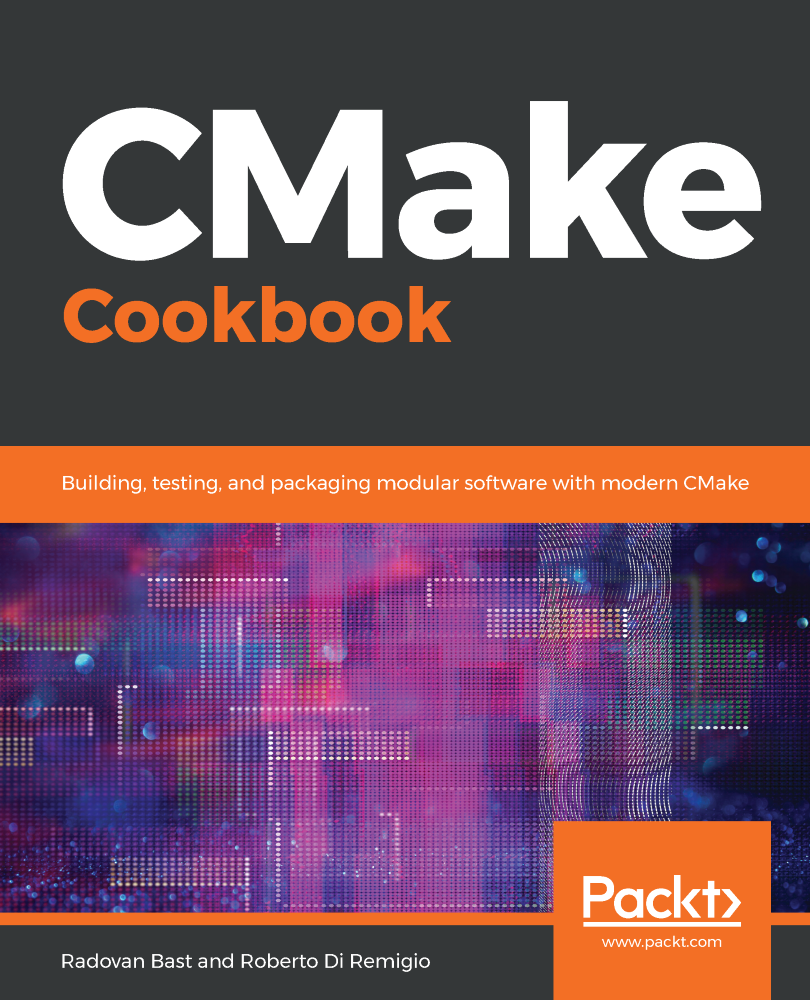 Learn CMake through a series of task-based recipes that provide you with practical, simple, and ready-to-use CMake solutions for your code 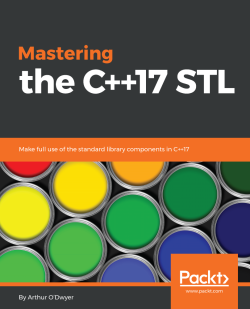