Apache Hadoop is one of the most popular big data solutions for distributed storage and for processing large chunks of data. With Hadoop 3, Apache promises to provide a high-performance, more fault-tolerant, and highly efficient big data processing platform, with a focus on improved scalability and increased efficiency.

With this guide, you’ll understand advanced concepts of the Hadoop ecosystem tool. You’ll learn how Hadoop works internally, study advanced concepts of different ecosystem tools, discover solutions to real-world use cases, and understand how to secure your cluster. It will then walk you through HDFS, YARN, MapReduce, and Hadoop 3 concepts. You’ll be able to address common challenges like using Kafka efficiently, designing low latency, reliable message delivery Kafka systems, and handling high data volumes. As you advance, you’ll discover how to address major challenges when building an enterprise-grade messaging system, and how to use different stream processing systems along with Kafka to fulfil your enterprise goals.

By the end of this book, you’ll have a complete understanding of how components in the Hadoop ecosystem are effectively integrated to implement a fast and reliable data pipeline, and you’ll be equipped to tackle a range of real-world problems in data pipelines.

Hadoop has come a long way since its inception. Powered by a community of open source enthusiasts, it has seen three major version releases. The version 1 release saw the light of day six years after the first release of Hadoop. With this release, the Hadoop platform had full capabilities that can run MapReduce-distributed computing on Hadoop Distributed File System (HDFS) distributed storage. It had some of the most major performance improvements ever done, along with full support for security. This release also enjoyed a lot of improvements with respect to HBASE.

The version 2 release made significant leaps compared to version 1 of Hadoop. It introduced YARN, a sophisticated general-purpose resource manager and job scheduling component. HDFS high availability, HDFS federations, and HDFS snapshots were some other prominent features introduced in version 2 releases.

The latest major release of Hadoop is version 3. This version has seen some significant features such as HDFS erasure encoding, a new YARN Timeline service (with new architecture), YARN opportunistic containers and distributed scheduling, support for three name nodes, and intra-data-node load balancers. Apart from major feature additions, version 3 has performance improvements and bug fixes. As this book is about mastering Hadoop 3, we'll mostly talk about this version.

In this chapter, we will take a look at Hadoop's history and how the Hadoop evolution timeline looks. We will look at the features of Hadoop 3 and get a logical view of the Hadoop ecosystem along with different Hadoop distributions.

In particular, we will cover the following topics:

Hadoop is changing the way people think about data. We need to know what led to the origin of this magical innovation. Who developed Hadoop and why? What problems existed before Hadoop? How has it solved these problems? What challenges were encountered during development? How has Hadoop transformed from version 1 to version 3? Let's walk through the origins of Hadoop and its journey to version 3.

In 1997, Doug Cutting, a co-founder of Hadoop, started working on project Lucene, which is a full-text search library. It was completely written in Java and is a full-text search engine. It analyzes text and builds an index on it. An index is just a mapping of text to locations, so it quickly gives all locations matching particular search patterns. After a few years, Doug made the Lucene project open source; it got a tremendous response from the community and it later became the Apache foundation project.

Once Doug realized that he had enough people who can look into Lucene, he started focusing on indexing web pages. Mike Cafarella joined him for this project to develop a product that can index web pages, and they named this project Apache Nutch. Apache Nutch was also known to be a subproject of Apache Lucene, as Nutch uses the Lucene library to index the content of web pages. Fortunately, with hard work, they made good progress and deployed Nutch on a single machine that was able to index around 100 pages per second.

Scalability is something that people often don't consider while developing initial versions of applications. This was also true of Doug and Mike and the number of web pages that could be indexed was limited to 100 million. In order to index more pages, they increased the number of machines. However, increasing nodes resulted in operational problems because they did not have any underlying cluster manager to perform operational tasks. They wanted to focus more on optimizing and developing robust Nutch applications without worrying about scalability issues.

Doug and Mike wanted a system that had the following features:

They started working on developing a system that can fulfill the aforementioned requirements and spent a few months doing so. However, at the same time, Google published its Google File System. When they read about it, they found it had solutions to similar problems they were trying to solve. They decided to make an implementation based on this research paper and started the development of Nutch Distributed File System (NDFS), which they completed in 2004.

With the help of the Google File System, they solved the scalability and fault tolerance problem that we discussed previously. They used the concept of blocks and replication to do so. Blocks are created by splitting each file into 64 MB chunks (the size is configurable) and replicating each block three times by default so that, if a machine holding one block fails, then data can be served from another machine. The implementation helped them solve all the operational problems they were trying to solve for Apache Nutch. The next section explains the origin of MapReduce.

Doug and Mike started working on an algorithm that can process data stored on NDFS. They wanted a system whose performance can be doubled by just doubling the number of machines running the program. At the same time, Google published MapReduce: Simplified Data Processing on Large Clusters (https://research.google.com/archive/mapreduce.html).

The core idea behind the MapReduce model was to provide parallelism, fault tolerance, and data locality features. Data locality means a program is executed where data is stored instead of bringing the data to the program. MapReduce was integrated into Nutch in 2005. In 2006, Doug created a new incubating project that consisted of HDFS (Hadoop Distributed File System), named after NDFS, MapReduce, and Hadoop Common.

At that time, Yahoo! was struggling with its backend search performance. Engineers at Yahoo! already knew the benefits of Google File System and MapReduce implemented at Google. Yahoo! decided to adopt the capability of Hadoop and they employed Doug to help their engineering team to do so. In 2007, a few more companies who started contributing to Hadoop and Yahoo! reported that they were running 1,000 node Hadoop clusters at the same time.

NameNodes and DataNodes have a specific role in managing overall clusters. NameNodes are responsible for maintaining metadata information. MapReduce engines have a job tracker and task tracker whose scalability is limited to 40,000 nodes because the overall work of scheduling and tracking is handled by only the job tracker. YARN was introduced in Hadoop version 2 to overcome scalability issues and resource management jobs. It gave Hadoop a new lease of life and Hadoop became a more robust, faster, and more scalable system.

We will talk about MapReduce and HDFS in detail later. Let's go through the evolution of Hadoop, which looks as follows:

Hadoop 3 has introduced a few more important changes, which we will discuss in upcoming sections in this chapter.

Overview of Hadoop 3 and its features

With any such releases, there are some key drivers that lead to its birth. These key drivers create benefits that will ultimately help in the better functioning of Hadoop-augmented enterprise applications. Before we discuss the features of Hadoop 3, you should understand these driving factors. Some driving factors behind the release of Hadoop 3 are as follows:

Well! Hopefully, by now, you have a clear understanding of why certain features were introduced in Hadoop 3 and what kinds of benefits are derived from them. Throughout this book, we will look into these features in detail. However, our intent in this section was to ensure that you get a high-level overview of the major features introduced in Hadoop 3 and why they were introduced. In the next section, we will look into Hadoop Logical view.

The Hadoop Logical view can be divided into multiple sections. These sections can be viewed as a logical sequence, with steps starting from Ingress/Egress and ending at Data Storage Medium. 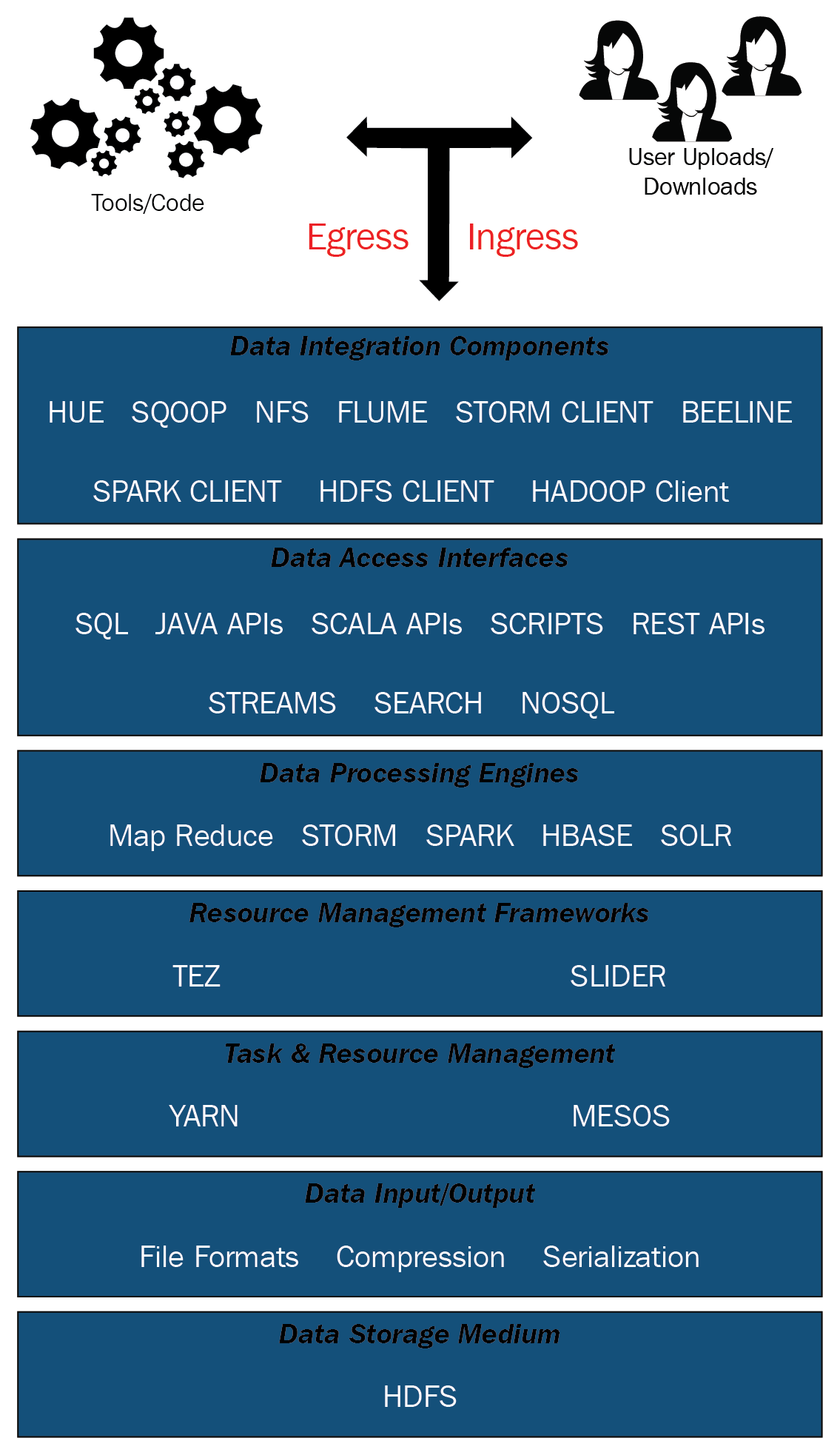 We will touch upon these sections as shown in the preceding diagram one by one, to understand them. However, when designing any Hadoop application, you should think in terms of those sections and make technological choices according to the use case problems you are trying to solve. Without wasting time, let's look at these sections one by one:

These actions can be automated via the use of tools or automated code. This can be achieved by user actions, by either uploading data to Hadoop or downloading data from Hadoop. Sometimes, users trigger actions that may result in Ingress/egress or the processing of data.

Hadoop is an open-source project under the Apache Software Foundation, and most components in the Hadoop ecosystem are also open-sourced. Many companies have taken important components and bundled them together to form a complete distribution package that is easier to use and manage. A Hadoop distribution offers the following benefits:

Cloud services offer cost-effective solutions in terms of infrastructure setup, monitoring, and maintenance. A large number of organizations do prefer moving their Hadoop infrastructure to the cloud. There are a few popular distributions available for the cloud:

Other big companies have also started providing Hadoop on cloud such as Google Cloud Platform, IBM BigInsight, and Cloudera Cloud. You may choose any distribution based on the feasibility and stability of Hadoop tools and components. Most companies offer a free trial for 1 year with lots of free credits for organizational use.

We provided a basic introduction to Hadoop and the following are a few points to remember:

In this chapter, we covered Hadoop's origins and how Hadoop evolved over time with more performance-optimized features and tools. We also covered a logical view of the Hadoop platform in detail and understood its different layers. Hadoop distribution was also covered, to help you understand which distribution you should choose. We described the new features available in Hadoop version 3 and will discuss these in more detail in upcoming chapters.

In the next chapter, we will cover HDFS and will walk you through the HDFS architecture and its component in detail. We will go much deeper into the internals of HDFS and HDFS high availability features. We will then look into HDFS read-write operations and how the HDFS caching and federation service works.

The book uses illustrrations to clarify internals of HDFS that I have not found elsewhere. 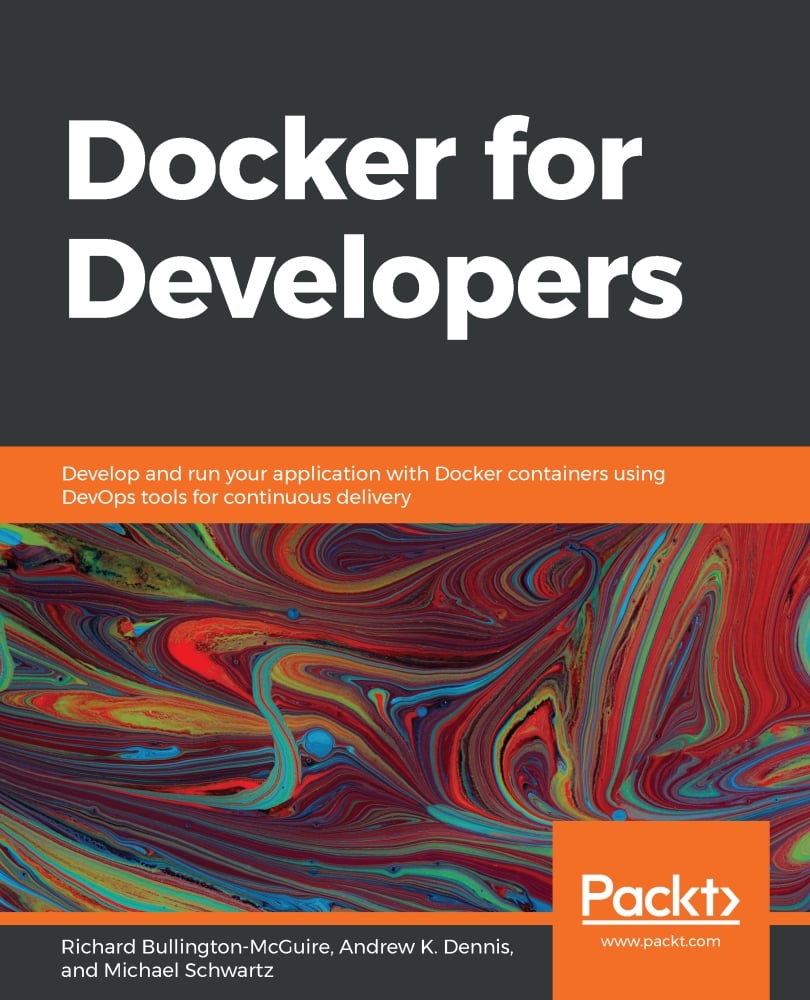 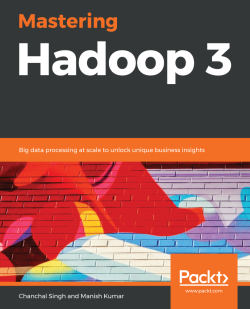