Shell scripts allow us to program commands in chains and have the system execute them as a scripted event, just like batch files. This book will start with an overview of Linux and Bash shell scripting, and then quickly deep dive into helping you set up your local environment, before introducing you to tools that are used to write shell scripts. The next set of chapters will focus on helping you understand Linux under the hood and what Bash provides the user. Soon, you will have embarked on your journey along the command line.

You will now begin writing actual scripts instead of commands, and will be introduced to practical applications for scripts. The final set of chapters will deep dive into the more advanced topics in shell scripting. These advanced topics will take you from simple scripts to reusable, valuable programs that exist in the real world. The final chapter will leave you with some handy tips and tricks and, as regards the most frequently used commands, a cheat sheet containing the most interesting flags and options will also be provided.

After completing this book, you should feel confident about starting your own shell scripting projects, no matter how simple or complex the task previously seemed. We aim to teach you how to script and what to consider, to complement the clear-cut patterns that you can use in your daily scripting challenges.

Before we start writing shell scripts, we need to have some context about our two most relevant components: Linux and Bash. We'll give an explanation of Linux and Bash, look into the history behind the two technologies, and discuss the current state of both.

Linux is a generic term that refers to different open source operating systems that are based on the Linux kernel. The Linux kernel was originally created by Linus Torvalds in 1991, and open sourced in 1996. A kernel is a piece of software that is designed to act as an intermediate layer between low-level hardware (such as the processor, memory, and input/output devices) and high-level software, such as an operating system. Apart from the Linux kernel, most Linux operating systems rely heavily on GNU project utilities; for example, the Bash shell is a GNU program. Because of this, Linux operating systems are referred to by some as GNU/Linux. The GNU project, where GNU stands for GNU's Not Unix! (a recursive acronym), is a collection of free software, a lot of which is found in most Linux distributions. This collection includes many tools, but also an alternative kernel called GNU HURD (which is not as widespread as the Linux kernel).

Why do we need a kernel? Since a kernel sits between hardware and the operating system, it provides an abstraction for interacting with hardware. This is why the Linux ecosystem has grown so large: the kernel can be used freely, and it handles a lot of low-level operations on many types of hardware. Creators of an operating system can therefore spend their time making an easy-to-use, beautiful experience for their users, instead of having to worry about how the users' pictures are going to be written to the physical disk(s) attached to the system.

The Linux kernel is so-called Unix-like software. As you might suspect, this implies that it is similar to the original Unix kernel, which was created between 1971 and 1973 at Bell Labs, by Ken Thompson and Dennis Ritchie. However, the Linux kernel is only based on Unix principles and does not share code with Unix systems. Famous Unix systems include the BSDs (FreeBSD, OpenBSD, and so on) and macOS.

Linux operating systems are broadly used for one of two purposes: as a desktop or as a server. As a desktop, Linux can serve as a replacement for the more commonly used Microsoft Windows or macOS. However, most Linux usage is accounted for the server landscape. At the time of writing, it is estimated that around 70% of all servers on the internet use a Unix or Unix-like operating system. The next time you're browsing the news, reading your mail, or are scrolling through your favorite social media website, remember that there's a big chance the pages you are being shown have been processed by one or more Linux servers.

Not many people realize how many devices run the Linux kernel. For example, the most common smartphone operating system in use today, Android (with a market share of around 85%), uses a modified version of the Linux kernel. The same goes for many smart TVs, routers, modems, and various other (embedded) devices. If we were to include Unix and other Unix-like software, we can safely say that most of the devices in the world run on these kernels!

The most commonly used shell in Linux systems is the Bourne-again shell, or Bash. The Bash shell is based on the Bourne shell, known as sh. But what is a shell?

A shell is, in essence, a user interface. Most often, it is used to refer to a text-based interface, also called a command-line interface (CLI). However, it is called a shell because it can be seen as a shell around the kernel; this means that it applies not just to CLIs, but just as well to graphical user interfaces (GUIs). When we refer to a shell in this book, we are talking about a CLI, and unless stating differently, we're talking about the Bash shell.

The purpose of a shell, both CLI and GUI, is to allow the user to interact with the system. After all, a system that does not offer interaction would be hard to justify, not too mention hard to use! Interaction in this context means many things: typing on your keyboard will make letters appear on your screen, moving your mouse will change the location of the cursor on screen, giving the command to delete a file (either with a CLI or GUI) will remove the bytes from the disk, and so on.

In the earliest days of Unix and computers, no GUIs were available, so all work was performed via a CLI. To connect to the shell on a running machine, a video terminal was used: often this would be a very simple monitor combined with a keyboard, which was connected with, for example, a RS-232 serial cable. Commands entered on this video terminal were processed by the shell running on the Unix machine.

Luckily for us, things have changed quite a bit since the first computers. Today, we no longer use dedicated hardware to connect to shells. A piece of software running in a GUI, a terminal emulator, is used for interaction with the shell. Lets take a quick look at how connecting to a Bash shell with a terminal emulator can look: 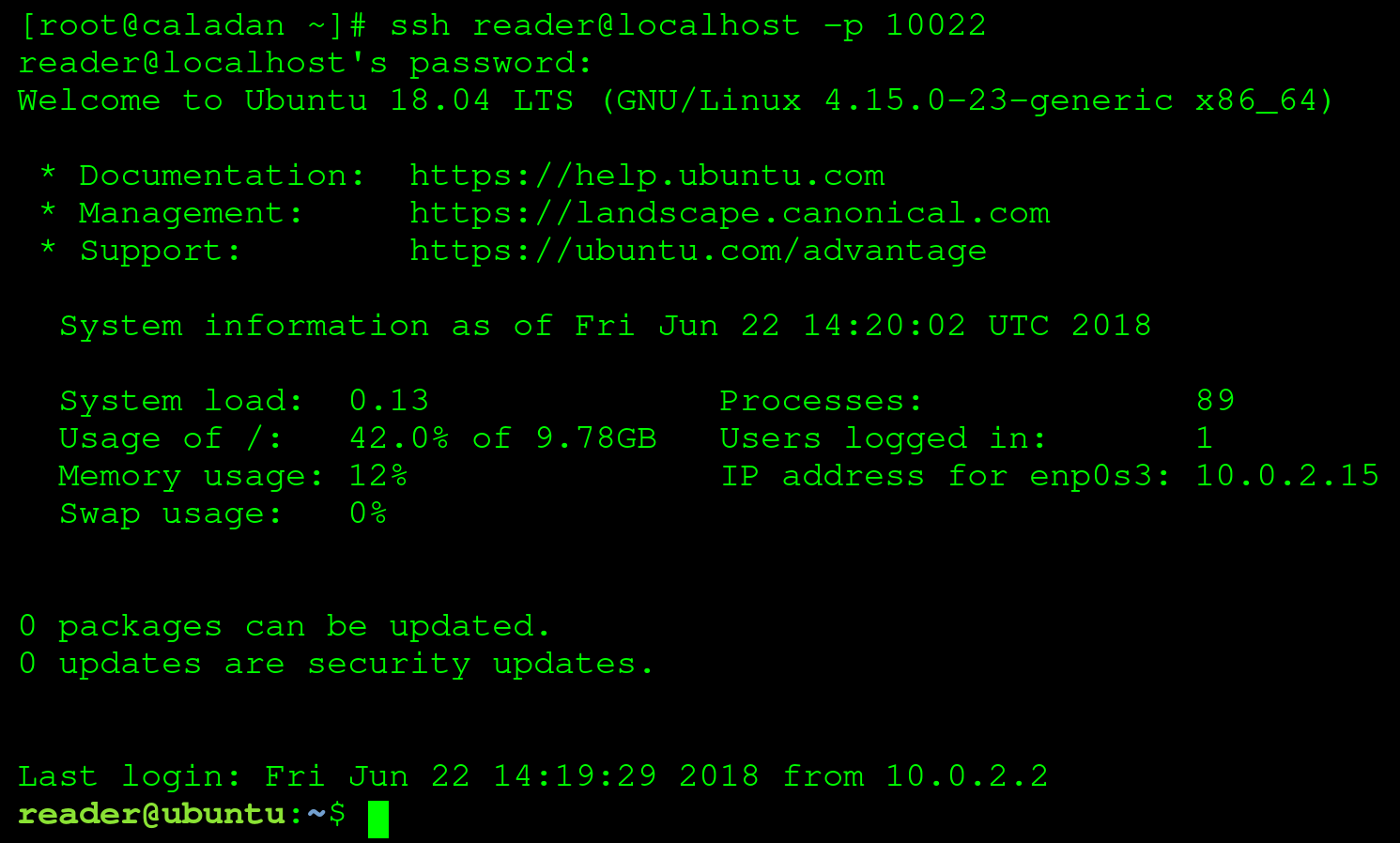 In the preceding screenshot, we're connected to a Linux virtual machine (we'll be setting this up in the next chapter), using a terminal emulator (GNOME Terminal) via the Secure Shell (SSH) protocol. A few interesting things to note:

Besides using the Bash shell for direct system interaction, it provides another important functionality: the ability to execute multiple commands sequentially, with or without user interaction, tailored to a specific goal. This might sound complicated, but it's actually pretty simple: we're talking about Bash scripts, the subject of this book!

In this chapter, you've read about the GNU/Linux operating systems and the Linux kernel, what a kernel really is, and how big an impact Linux distributions have on daily life. You've also learned what a shell is, and that the most common Linux shell, Bash, can be both used to interact with a Linux system, and is also utilized to write shell scripts.

In the next chapter, we'll set up a local environment which we will use throughout the rest of the book, in both the examples and exercises.

good offer for the money.

This is a great resource for learning or even advancing your knowledge about linux commands and shell scripting. 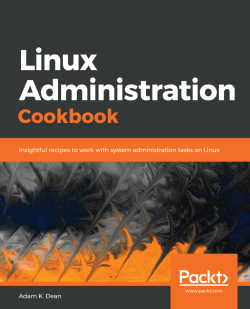 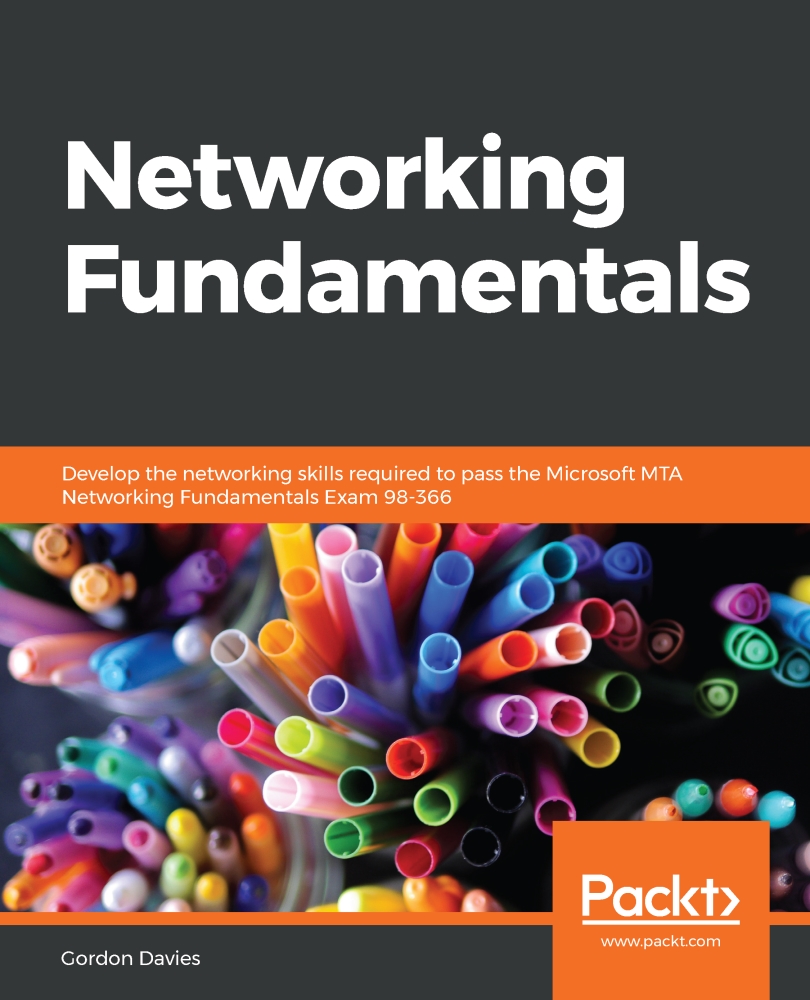 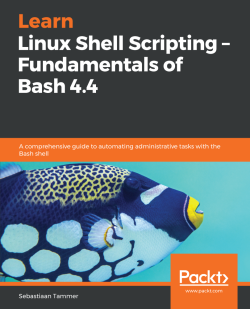