This book covers how to develop different applications and solve recurring problems using Laravel 4 design patterns. It will walk you through the widely used design patterns—the Builder (Manager) pattern, Factory pattern, Repository pattern, and Strategy pattern—and will empower you to use these patterns while developing various applications with Laravel. This book will help you find stable and acceptable solutions, thereby improving the quality of your applications. Throughout the course of the book, you will be introduced to a number of clear, practical examples about PHP design patterns and their usage in various projects. You will also get acquainted with the best practices for Laravel that will greatly reduce the probability of introducing errors into your web applications.

By the end of the book, you will be accustomed to the best practices and the important design patterns used in Laravel to make a great website. 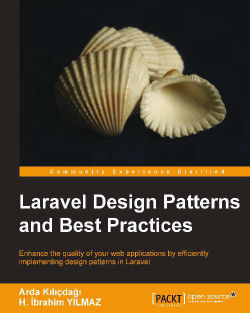