Kubernetes is also one of the hottest topics in tech today because it is perhaps the only straightforward way to architect a hybrid, multi-cloud compute a solution. Let's parse that- hybrid: this is a solution where an enterprise has a private cloud or on-premise data center, in addition to using one of the public cloud providers (such as AWS, GCP or Azure). Any firm migrating to the cloud is going to have to run a hybrid setup, at least during the migration. Multi-cloud: this refers to the use of more than one cloud provider. Why is this so important? Well, because most large firms are unwilling to be completely locked into one provider, particularly after events like Amazon's acquisition of Whole Foods (that gave pause to a whole lot of potential AWS customers, who decided that 'multi-cloud' makes sense for strategic reasons). The only straightforward way is when cloud providers offer a range of compute solutions, ranging from PaaS (Elastic Beanstalk, or Google App Engine) to IaaS (EC2, or Google Compute Engine VMs). The reality is that PaaS ties you down to one cloud provider, and IaaS is a lot of hassle, during migration and beyond. Kubernetes is supported by each of the Big-3: GCP has a special relationship with Kubernetes (since K8S originated at Google) but now AWS and Azure support it as well. Kubernetes has won the battle of the container orchestration systems. This is why containers running on Kubernetes constitute the hottest compute choice for a hybrid, multi-cloud world.

Kubernetes is a container orchestration technology - a way to create and deploy clusters of machines running containers, usually Docker containers.

Why Is Kubernetes So Hot Right Now? 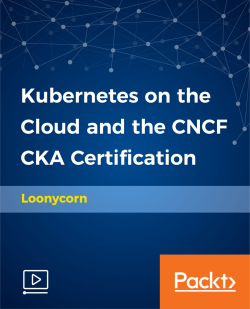