There's a growing demand for full-stack developers, but becoming one is not an easy task. A full-stack engineer is expected to have frontend and backend skills, as well as extensive knowledge of build tools and deployment workflow.

Building real-world projects and understanding the MERN stack is a great way to become a full-stack engineer. So, the journey starts by taking you through the MERN stack to explore Node.js and Express and set up the groundwork for the project. It's vital to store data safely hence we dive into the world of MongoDB and integrate it with our backend. Now, we build a client application that can consume API services. With React you'll be able to solve the two most daunting frontend problems and use JSON Web Tokens (JWTs) to integrate authentication and session management on both the client and the server. Finally, we review the skills that you've acquired throughout the course, look into the MERN boilerplate, and examine the application's architecture to build applications on it.

By the end of the course, you will not only have built a fully functional web application, but you'll also be well on your way to becoming a full-stack web developer. You'll be equipped with a deeper knowledge of the MERN stack, as well as general web development patterns and concepts.

The code bundle for this video course is available at https://github.com/PacktPublishing/Hands-on-MERN-Stack-Web-Development

Through a series of videos, we explore MERN by dividing it into each of its components and then carefully tying it all together. There's a lot to learn, so there is no need to worry about the overhead of every concept before it's needed. We will unravel the complexity behind MERN stack layer by layer and at an easy-to-follow pace.
We will incrementally build the app by starting with small, self-contained RESTful services and then expanding them to build a full backend with MongoDB as the database layer. After that, we will work on understanding React and build UIs, before tying everything together into a fully functional web application.

By the time you've finished this course, you'll be more than ready to start your own MERN stack projects or jump into an existing one and contribute to it.

The topics taught in the course description/section headers are spot on, so I'll focus more on my experience. As someone whose tried every web-development course and stayed stuck at a beginner level (struggled to make a simple front-end app on my own): This is the best course (and teacher) I have come across. It teaches you the proverbial "how to fish" above everything else. Filip teaches the full stack process in a clear and quick manner. Logical progression, incremental, and at the same time (especially in the Front-end part of the course) not over-teaching. He knows his stuff. The git repo (commits) for this course is great for when you want to create your own projects based of this course. I completed this course a couple of weeks ago and am finding it easy to refer to it while making my own project. I also find I don't have to refer to the videos much. I never ran into any installation frustrations throughout the course, but a quick tip to those who want to make their own app following the course code: -You do not need to run db:create again. -change/run the db:run script with a new container instance name to make a new container for you to use in your own project. - by doing the above, the container (and data) you created for the shopping store project created in the course will still be available All in all, I feel like I learnt self-sufficiency...something alot of people in my level need. Thanks Filip! 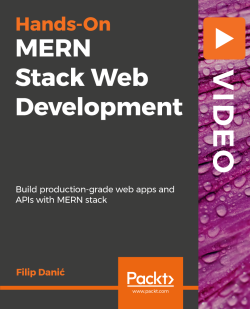