Angular is one of the most popular JavaScript frameworks in modern web development, allowing developers to not only build apps and reuse the code but also build apps for any deployment target. For web, mobile web, native mobile, and native desktop, GraphQL is the modern and REST alternative for querying web APIs. Using both Angular and GraphQL will give you a future-proof and scalable stack you can start building your or your clients’ apps around.

This book will teach you how to build apps using cutting-edge technologies such as Angular, GraphQL, Apollo, and Node.js. You’ll learn how to solve common web development problems with GraphQL, such as database access, authentication, and image uploads.

By the end of this book, you’ll have the skills you need to be able to build your own full-stack application. You’ll also be well-versed with the concept of serverless to deploy your application to AWS Lambda. 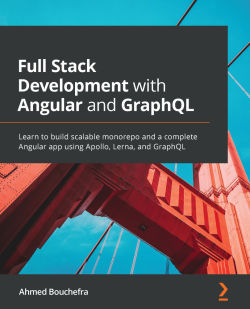