By the end of this Power Apps book, you'll be able to build, debug, enrich, and deploy code components confidently.

One of the most sought-after new features for developers using Power Apps was the introduction of the Power Apps component framework, an extensibility framework for professional developers to create their own code components that can be natively added to model-driven or canvas apps. This chapter aims to introduce you to the framework and how it improves user interaction with an application. In a step-by-step manner, we will look at the various facets of the Power Apps component framework and end the chapter by preparing our machine for the upcoming chapters.

In this chapter, we are going to cover the following main topics:

Before we begin, there is some terminology used throughout the book, and in this section, we are going to get familiar with it.

Dataverse is a platform that not only stores data in a logical manner but also provides security and audit capabilities around data. It provides a rich set of APIs and connectors. It also enables developers to extend the platform to accomplish their custom requirements. It was previously known as Common Data Service (CDS).

Now that we understand some of the terminology, let's get an overview of the Power Apps component framework.

What is the Power Apps component framework?

The Power Apps component framework, otherwise known as PCF, is defined by Microsoft as a framework that empowers professional developers and app makers to create code components for model-driven apps and canvas apps to provide enhanced user experience for users to work with data on forms, views, and dashboards. But what does that mean? It means that now professional developers can create widgets that can be configured by the system customizer or an app maker easily, extending the capabilities of any application. Some examples include transforming a numeric field into a slider or transforming a list of appointments into an entirely different visual, such as a calendar.

PCF allows professional developers to use a multitude of libraries and services of their choice and add these reusable components to any model-driven or canvas app. Other than providing usability, the framework also provides powerful capabilities for advanced interactions. To facilitate the development of code components, the Microsoft Power Apps CLI tool enables component creation, easy debugging, built-in validation, and testing using a code editor of your choice.

PCF resolves some of the drawbacks we had for a long time with HTML web resources, such as the lack of flexibility and portability, by providing the ability to package a component with parameters. This means your component is abstracted from an environment and made into a truly reusable component. For example, say you want to show a weather forecast depending on the zip code from an entity record. If we had to do this using an HTML web resource, we would have to keep the forecast API information either hardcoded or in a configuration entity. To do the latter would mean an extra line of code. Also, because we want to read the zip code from the entity record, we would have to fetch the Xrm context using the window.parent method. This is simplified using PCF by using the parameters on the control configuration form. With the same example, you can capture the forecast API information as a component property and access the zip code data using the framework's context object, which provides a neat out-of-the-box way to access an attribute's data. We will be looking into this framework's context object further in later chapters.

At the time of writing this book, PCF does not work on on-premises instances.

Now that you understand what PCF is and its history, let's look at who exactly it caters to.

Who is it focused on?

When Microsoft introduced the low-code-no-code platform, there were two terms used within the realm of business applications: citizen developer and professional developer. Citizen developers are not developers in the regular sense, and they may not know a coding language, but they are still involved in the development process through using low-code tools, such as canvas apps, Power Automate, and so on. These tools may not necessarily be straightforward and there is a bit of learning needed to use them. Professional developers are the ones who are more heavily involved in the development process and extend their platforms using various programming languages. These developers may create reusable components that can be utilized by citizen developers.

If you are a professional developer with basic knowledge of JavaScript and Dataverse but you do not possess working knowledge of TypeScript or npm, do not worry, as this book will provide ample support for you to understand the basics needed to build a code component.

How are code components different from HTML web resources?

The following table shows us some of the notable differences between HTML web resources and code components: 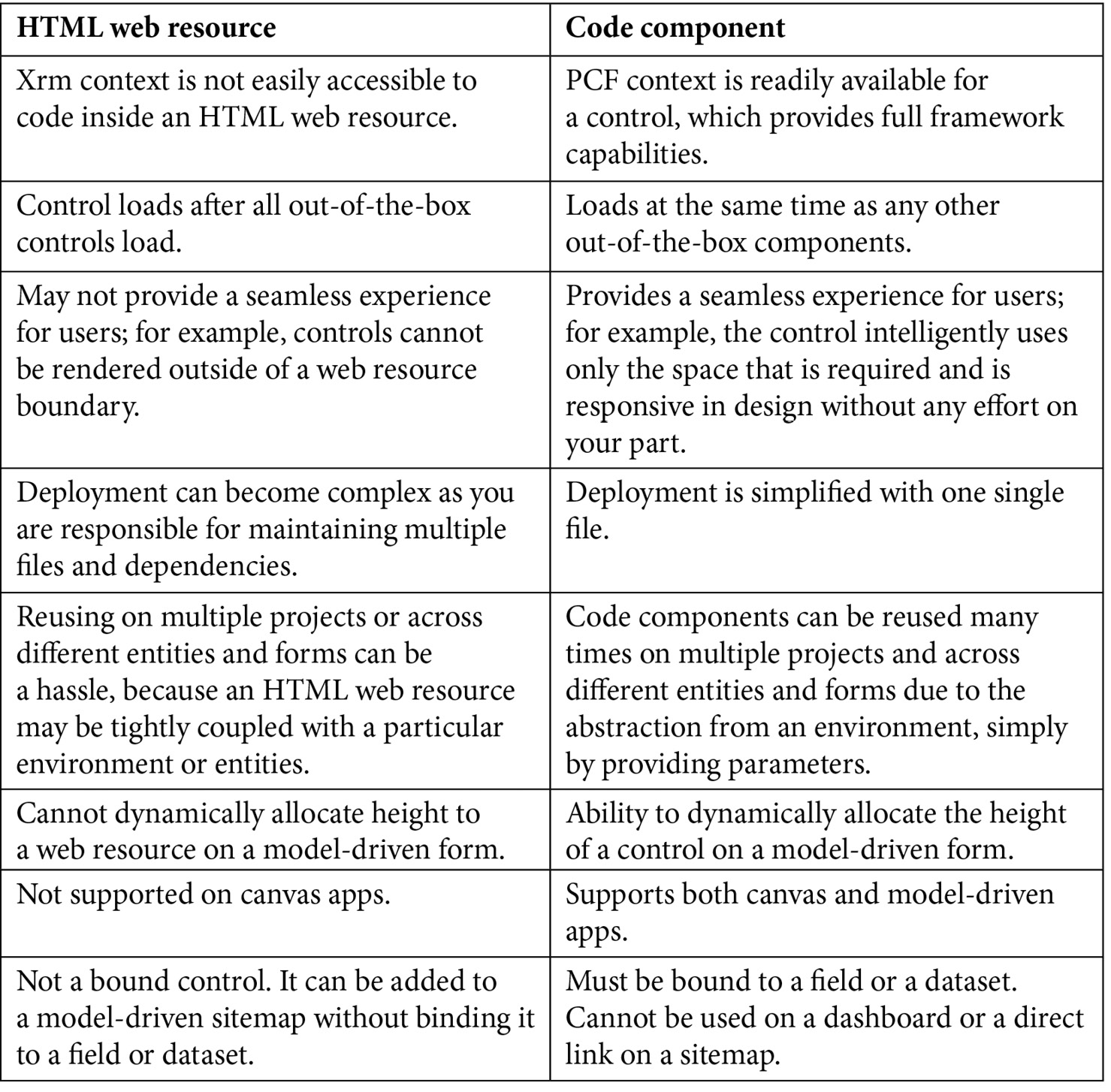 As you can see from the preceding table, HTML web resources help where PCF lacks and vice versa, providing you with full flexibility in customizing your application. Let's now look at the licensing needs.

Getting to know the licensing requirements

How a code component interacts with an external service determines the licensing scheme for the app that consumes the code component. The two license classifications are as follows:

Now that we understand the licensing requirements, let's go through the advantages of using PCF.

Exploring the advantages of PCF

When developing code components using PCF, it is important for you to know some of the advantages of the framework. They are as follows:

These are just some of the advantages of PCF. Let's now look at how to prepare your machine, which will help us develop the code components.

There are some prerequisites you need to install before you can start building the code components that we will be using in this book. In the following subsections, we will look at each of these prerequisites in detail and examine the processes required to get these tools installed.

The first prerequisite is Node.js or npm; you do not need both because if you install one, the other gets installed as part of it.

npm is an open source JavaScript and TypeScript package registry. It has a command-line interface that enables developers to interact with it.

For installation, browse to https://nodejs.org and choose the latest LTS version available for download. Once the file is downloaded, execute it to install it on your machine: 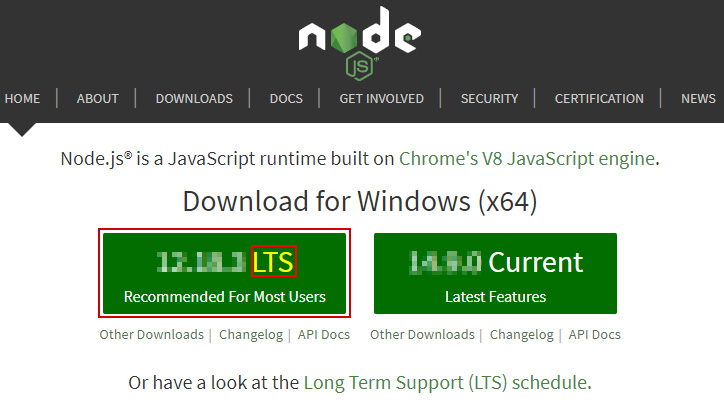 Once the installation is complete, you can check the status by opening a command prompt and running the npm version command, which should show you the npm version installed on the machine.

TypeScript can be installed through npm using the following command:

-g means it is installed on your system globally so that the TypeScript compiler can be used in any of your projects. Once the installation is complete, you can execute tsc -v to confirm it. 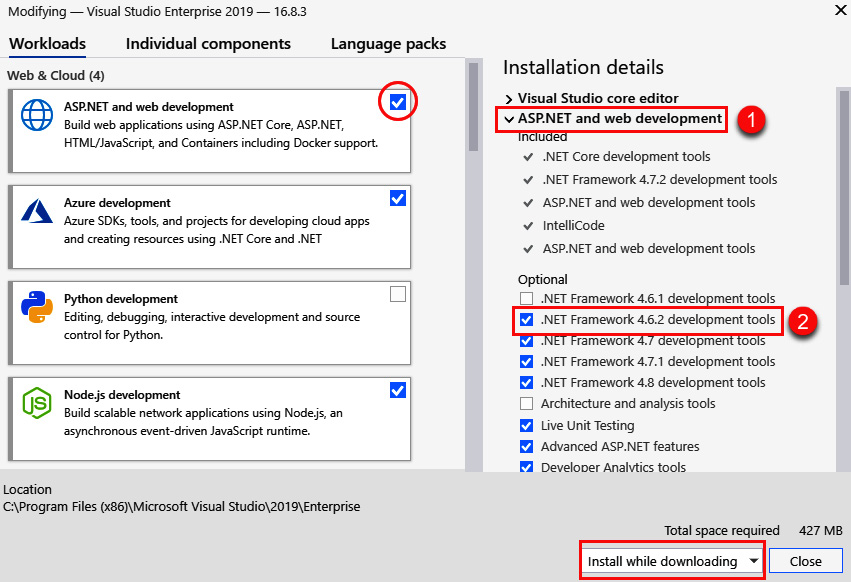 While you can use any preferred integrated development environment, for the development in this book, we are going to use Visual Studio Code.

If you do not have Visual Studio Code installed on your machine, you can install it from https://code.visualstudio.com/download.

The most important tool in enabling a developer to interact with PCF and empowering them to create, test, debug, and deploy code components is Power Apps CLI. To download it, browse to https://aka.ms/PowerAppsCLI. Once downloaded, install it on your machine.

Currently, Power Apps CLI is only supported on Windows 10.

To confirm the installation, open the command prompt and run the pac command. It should show an output as follows: 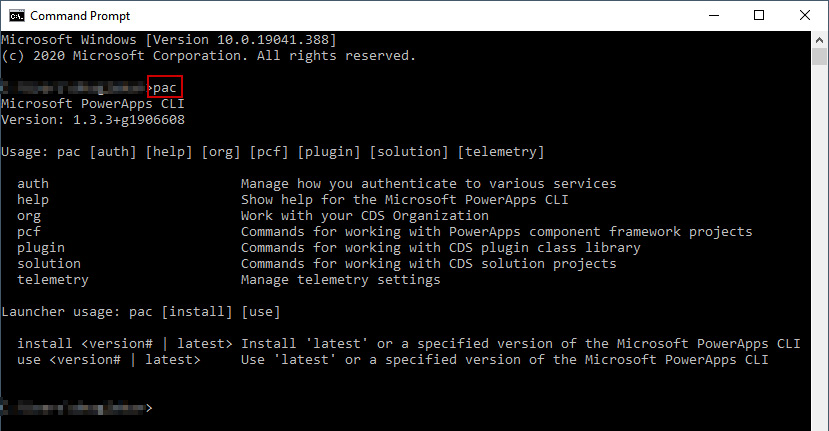 Once your machine has been prepared with all the prerequisites, you need to download the example library.

Downloading the example library and using the practice questions

Throughout this book, you will be creating some sample controls, and to help you validate those controls, a library has been published on GitHub for you to download.

In this book, at the end of each chapter, you will find questions to test the knowledge and skills you have acquired. Each question will show you the points you will earn if you answer it correctly. There are 5,000 points to be earned overall. The answers to those questions can be found at the end of the book.

At this point, you should have all the tools and content you need to build your own code components throughout the book.

Power Apps component framework is the next level of development framework, enabling developers to extend any type of Power Apps app. We introduced PCF, looked at the key differences between code components and HTML web resources, learned about the licensing requirements, and talked about PCF's advantages. We ended the chapter by learning about the installation processes for all the prerequisites of the book to set ourselves up for the upcoming chapters.

In the next chapter, we will look at the Power Apps CLI tool, which helps in the initialization of various projects. 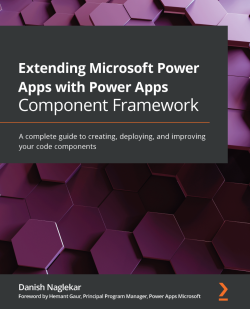