Microservices have been widely adopted for designing distributed enterprise apps that are flexible, robust, and fine-grained into services that are independent of each other. There has been a paradigm shift where organizations are now either building new apps on microservices or transforming existing monolithic apps into microservices-based architecture.

This book explores the importance of anti-patterns and the need to address flaws in them with alternative practices and patterns. You'll identify common mistakes caused by a lack of understanding when implementing microservices and cover topics such as organizational readiness to adopt microservices, domain-driven design, and resiliency and scalability of microservices. The book further demonstrates the anti-patterns involved in re-platforming brownfield apps and designing distributed data architecture. You’ll also focus on how to avoid communication and deployment pitfalls and understand cross-cutting concerns such as logging, monitoring, and security. Finally, you’ll explore testing pitfalls and establish a framework to address isolation, autonomy, and standardization.

By the end of this book, you'll have understood critical mistakes to avoid while building microservices and the right practices to adopt early in the product life cycle to ensure the success of a microservices initiative. 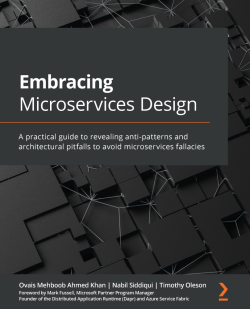