Docker is a set of platform-as-a-service products that use OS-level virtualization to deliver software in packages called containers. Containers are isolated from one another and bundle their own software, libraries, and configuration files; they can communicate with each other through well-defined channels.

Docker accelerates the development, sharing, and execution of modern applications. Docker is a tool that uses containers to make it easier to create, deploy, and run applications.

Docker has made use of pre-existing computing concepts such as containers and, more specifically, primitives known as "groups" and "namespaces" in the Linux world. Docker's technology is distinctive in that it focuses on the needs of developers and system administrators to separate application dependencies from infrastructure.

By the end of this course, you will gain an in-depth understanding of the fundamentals/essential Docker concepts and commands required to deploy a web application.

All the resource files are available on the GitHub repository at https://github.com/PacktPublishing/Docker-Fundamentals-for-Beginners

Why Should You Learn Dockers 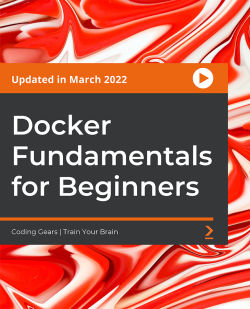