In this course, you will learn everything about Docker and run your Spring Boot apps and databases inside containers using Docker and Docker Compose.

By the end of this course, you will be able to build, run containers, and push them to the central hub.

All the resources for this course are available at: https://github.com/PacktPublishing/Containerize-springboot-CRUD-App-with-Docker-and-DockerCompose 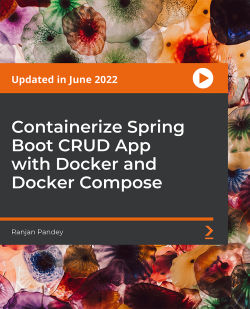