The ASP.NET Data Presentation Controls are server controls to which you can bind data to organize and display it in different ways.

This book shows you how to get the most from these controls to easily display and manage complex data in your web applications. It takes you through each of the major data presentation controls in ASP.NET, gets you started using them, and then shows you how to use them in your applications for managing your data. 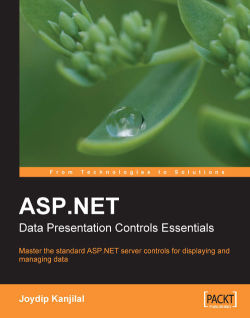