The ASP.NET Core 2.0 Framework has been designed to meet all the needs of today’s web developers. It provides better control, support for test-driven development, and cleaner code. Moreover, it’s lightweight and allows you to run apps on Windows, OSX and Linux, making it the most popular web framework with modern day developers.

This book takes a unique approach to web development, using real-world examples to guide you through problems with ASP.NET Core 2.0 web applications. It covers Visual Studio 2017- and ASP.NET Core 2.0-specifc changes and provides general MVC development recipes. It explores setting up .NET Core, Visual Studio 2017, Node.js modules, and NuGet. Next, it shows you how to work with Inversion of Control data pattern and caching. We explore everyday ASP.NET Core MVC 2.0 patterns and go beyond it into troubleshooting. Finally, we lead you through migrating, hosting, and deploying your code.

By the end of the book, you’ll not only have explored every aspect of ASP.NET Core MVC 2.0, you’ll also have a reference you can keep coming back to whenever you need to get the job done.

This chapter is an introduction to explain all the new concepts and features included in ASP.NET Core 2.0.

Some of the following explanations are mandatory to understand all the options available in ASP.NET Core.

This new version of ASP.NET is quite a revolution in the Microsoft ecosystem.

Before ASP.NET Core, ASP.NET was not open source, and ran only on Windows. To develop ASP.NET applications, most developers used Visual Studio as IDE. It was not mandatory, because we could use Notepad with CSharp or VB compilers (which were always free), but so much easier with VS even with an express edition. At that time, the only way to run .NET applications on Linux and macOS was to use Mono, an open source cross-platform version of the .NET Framework.

The ASP.NET Core version 2.0 is far more flexible. You can develop on any OS (at least Windows, Linux, and macOS), use various tools such as Visual Studio, Visual Studio Code, or even Sublime Text. ASP.NET Core is now modular, more maintenable, and has increased performance. By design, it is cloud-ready and middleware-based.

With the new version of ASP.NET, IIS is not the only possible host. You can host your ASP.NET applications on other web servers, such as Kestrel on macOS and Linux.

Among all the changes, some of the most important were the fusion of MVC and Web API, and the deletion of WebForms, Service locator, and System.Web.

All the duplicate libraries existing both in MVC and Web API, such as Controllers, Actions, Filters, Model Binding, and Dependency Resolver, are now the same unified classes.

What's new in ASP.NET and CLR?

We now will use two frameworks, and have two options to develop web applications:

We can use them independently, or both at the same time, in order to create a two-frameworks-compatible application, and the old DLLs of the legacy applications will have to migrate on .NET Core version 2.0.

Two versions of the .NET framework can also live side by side in the same application; for example, .NET Framework 4.6 and .NET Core 2.0.

Before .NET Core, Mono was used as and open source cross-platform .NET Framework. All the libraries outside the framework are optional, available in the form of packages.

Before .NET Core, a .NET application could only be executed under Windows, because only Windows could instantiate the CLR. If IIS was in charge of the instantiation, WebEngine.dll was responsible for instantiating CLR.

Now, we have a new SDK with a lot of tools to allow us to execute ASP.NET applications outside IIS and independently from any web server.

In this recipe, we will learn how to set up .NET Core. This recipe is pivotal if you are installing it for the first time.

Installing .NET Core is a relatively easy task. Microsoft did a great job to make it easy to install .NET Core to any computer. All we need is a clean computer and an internet connection.

The first step is to open a web browser and navigate to theÂ http://dot.net/core site. It'll detect a host operating system, and will show downloading and installation steps.

After installing .NET Core 2.0 SDK, you can open the Terminal/Command Prompt window and run the following command: 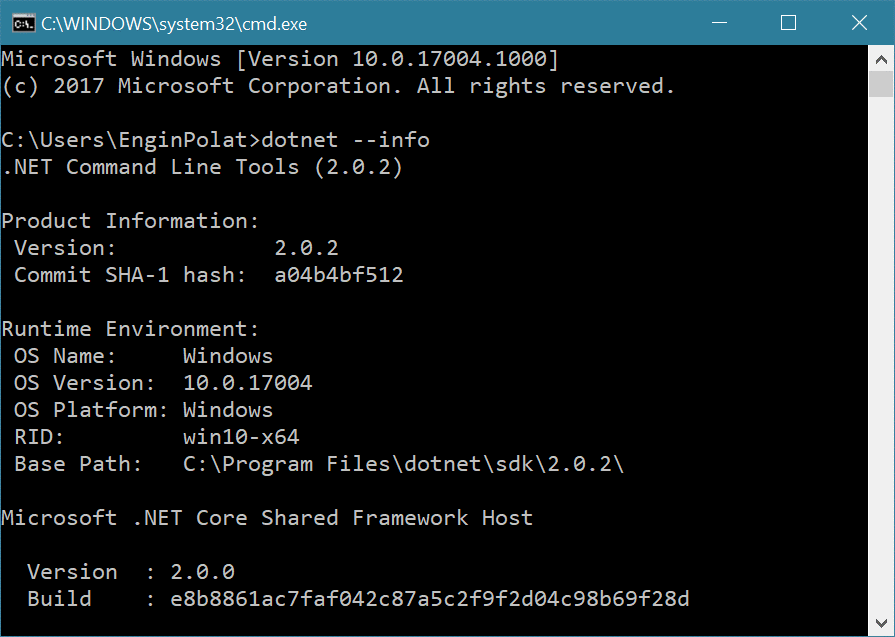 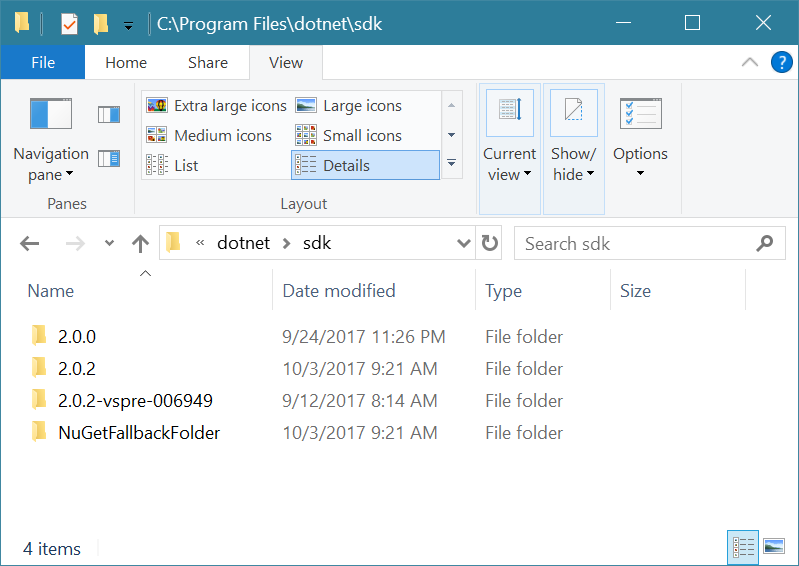 It's as easy as deleting a folder to remove any .NET Core SDK version on a machine.

Now in ASP.NET Core, every dependency and every DLL is a NuGet package that can be managed with dotnet CLI.

With dotnet CLI, you will be able to:

In this recipe, we will create an ASP.NET Core MVC application on Linux. In order to perform this feature, we will have to install all the necessary libraries, components, and IDE on Ubuntu.

For cost consideration, we may be interested in hosting our websites on a Linux infrastructure. With cloud possibilities, we can consider hosting a Linux VM with ASP.NET Core capabilities.

Before .NET Core, there was the Mono Framework (http://www.mono-project.com/) to run a .NET application on Linux. Mono is an open source and a cross-platform port of theÂ .NET Framework, which contains an Apache module to host ASP.NET applications.

For now, .NET applications always need Mono to run on Linux or OS X, because not all the BCL (The .NET Framework base class library) is fully ported on Linux.

To host our ASP.NET Core 2.0 application on Linux, we will use Kestrel (you can read more about this at https://github.com/aspnet/KestrelHttpServer) as a WebServer, which is a lightweight cross-platform web server able to execute ASP.NET Core code. Kestrel uses Libuv internally as a multi-platform asynchronous IO and TCP library, also used by Node.js.

After installing .NET Core on Linux, creating a new project is easy.

The dotnet CLI will generate all the necessary files you need for the project template we select.

The dotnet run command will be used to launch the ASP.NET Core MVC project: 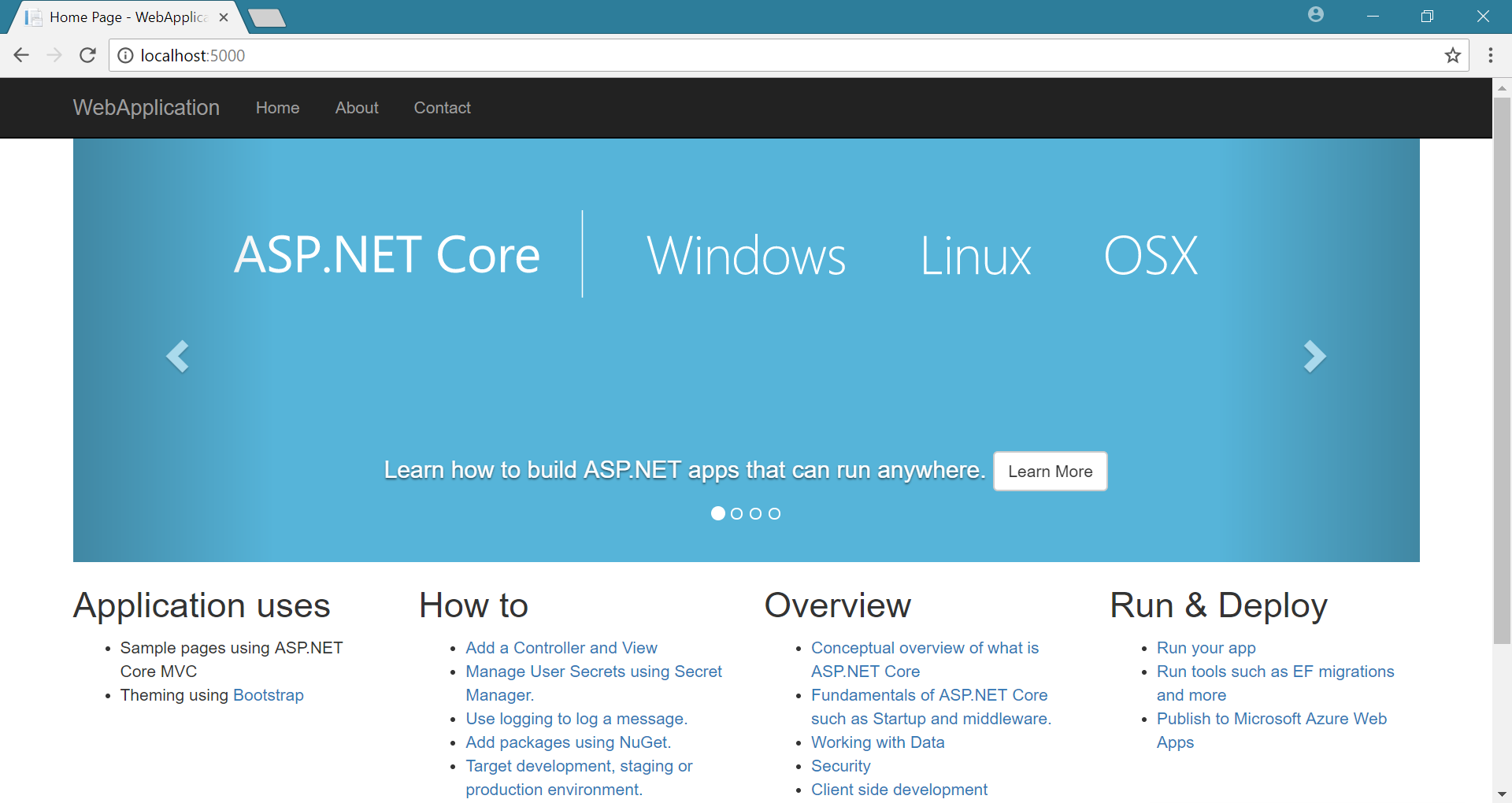 Creating an ASP.NET Core MVC application on Linux with Docker

In this recipe, we will learn how to create an ASP.NET Core MVC application on Linux with Docker, the new Container technology.

We also have the option to use Docker to create, host, and publish anÂ ASP.NET Core MVC application on Linux. Docker is a piece of operating system and software you will use to run your applications as a server (generally used as a VM locally, or in the cloud). We use Docker Containers as a lightweight VM with only the necessary files (system, tools, runtime, libraries, and code) for running applications, which starts much more quickly and runs independently from the environment it evaluates.

In our recipe, we will locally create a Docker Container with a Linux Ubuntu 17.10 VM to publish and host our ASP.NET Core MVC application.

In this recipe, we will do the following:

Note: We don't need to write sudo beforeÂ the command lines anymore, because now we have enough rights to execute the command without writing sudo.

A web server usually uses port 80 for web applications, whileÂ Kestrel will use port 5000 or 5004. We know that we cannot open ports lower than 1024 with default user permissions on Linux. To host ASP.NET Core applications using port 80, and to be production-ready on Linux, we will have to use Nginx with Kestrel to bring us all the web server features we need that Kestrel doesn't have, like load balancing, caching, and security, among others.

We can think of Docker Container as a mini VM with the minimum OS and software components you need to run the applications, isolated from the other application containers. Docker is lightweight, open, and secure, isolating applications from each other. You can consult the Docker documentation at https://www.docker.com/.

We can create a Docker Container on Windows, macOS, Linux (Ubuntu, RedHat, Suse, Arch, Debian, and so on), and on the cloud (Azure, AWS, Google, and so on). It will generally run on Linux distributions, but Windows will also support it.

In this recipe, we will learn how to install the .NET Core components in order to create an ASP.NET Core MVC application on macOS.

Because macOS is based on Unix, it is possible to run a .NET application on it with the Mono project. As mentioned in the previous recipe, for the moment, .NET application needs Mono to run on Linux or macOS.

To install Mono, we use HomebrewÂ (http://brew.sh/), which is a package manager for macOS.

We suppose that you have the necessary privileges to execute all these commands. If not, prefix sudo before all the command lines and you should be good to go.

In this recipe, we will do the following: 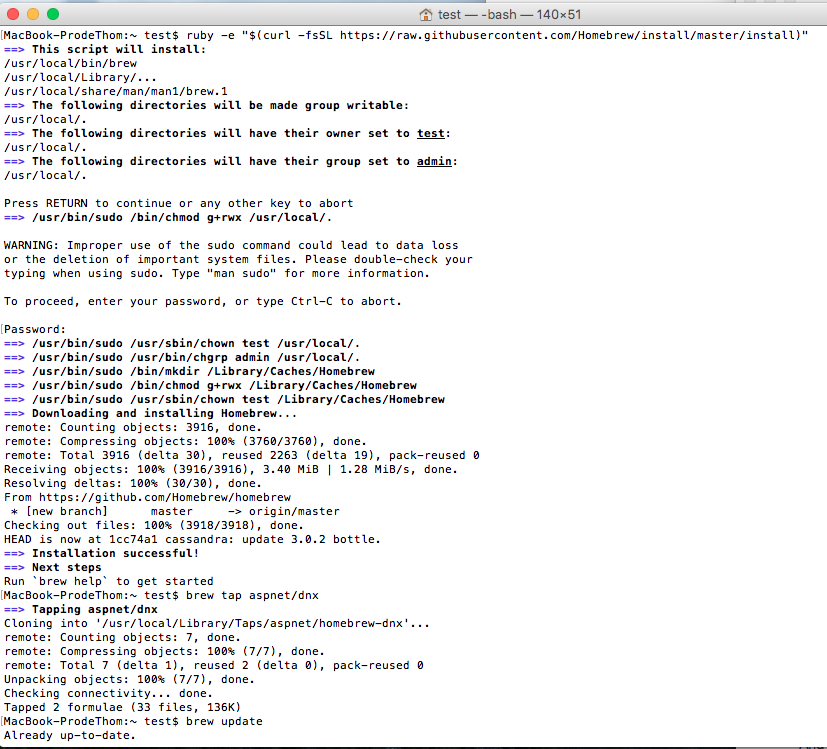 The version currently being used will be displayed on your screen as follows: 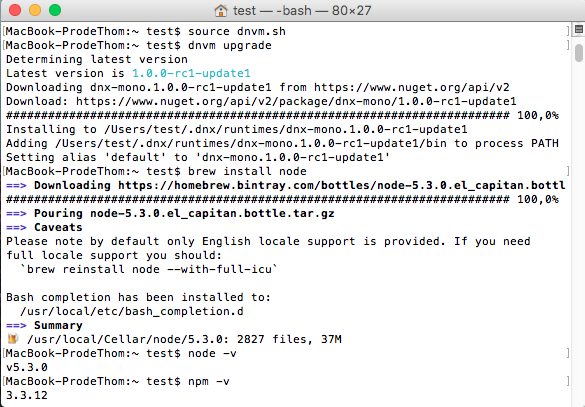 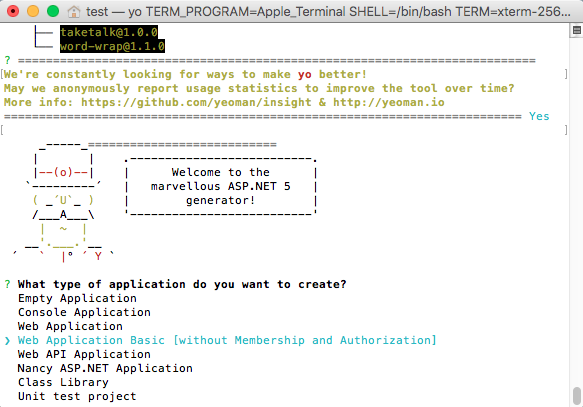 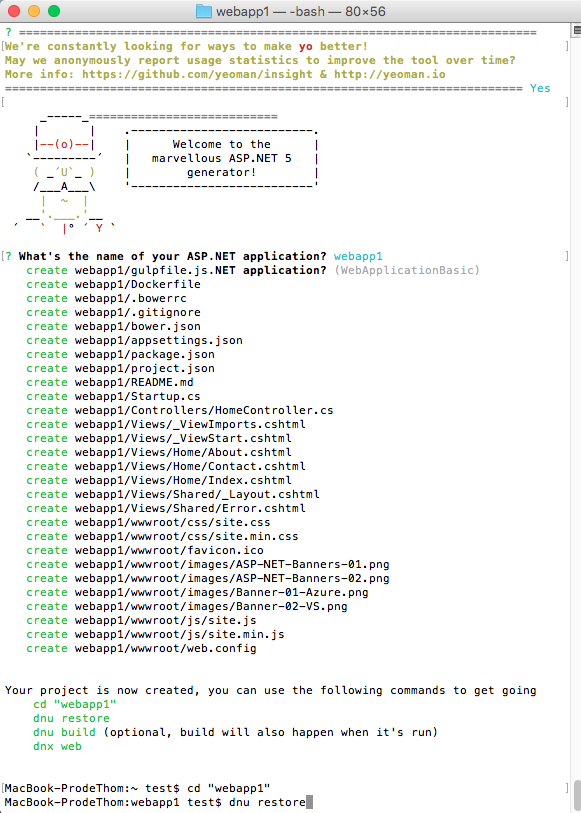 After executing the preceding command you get the following output at localhost:5000: 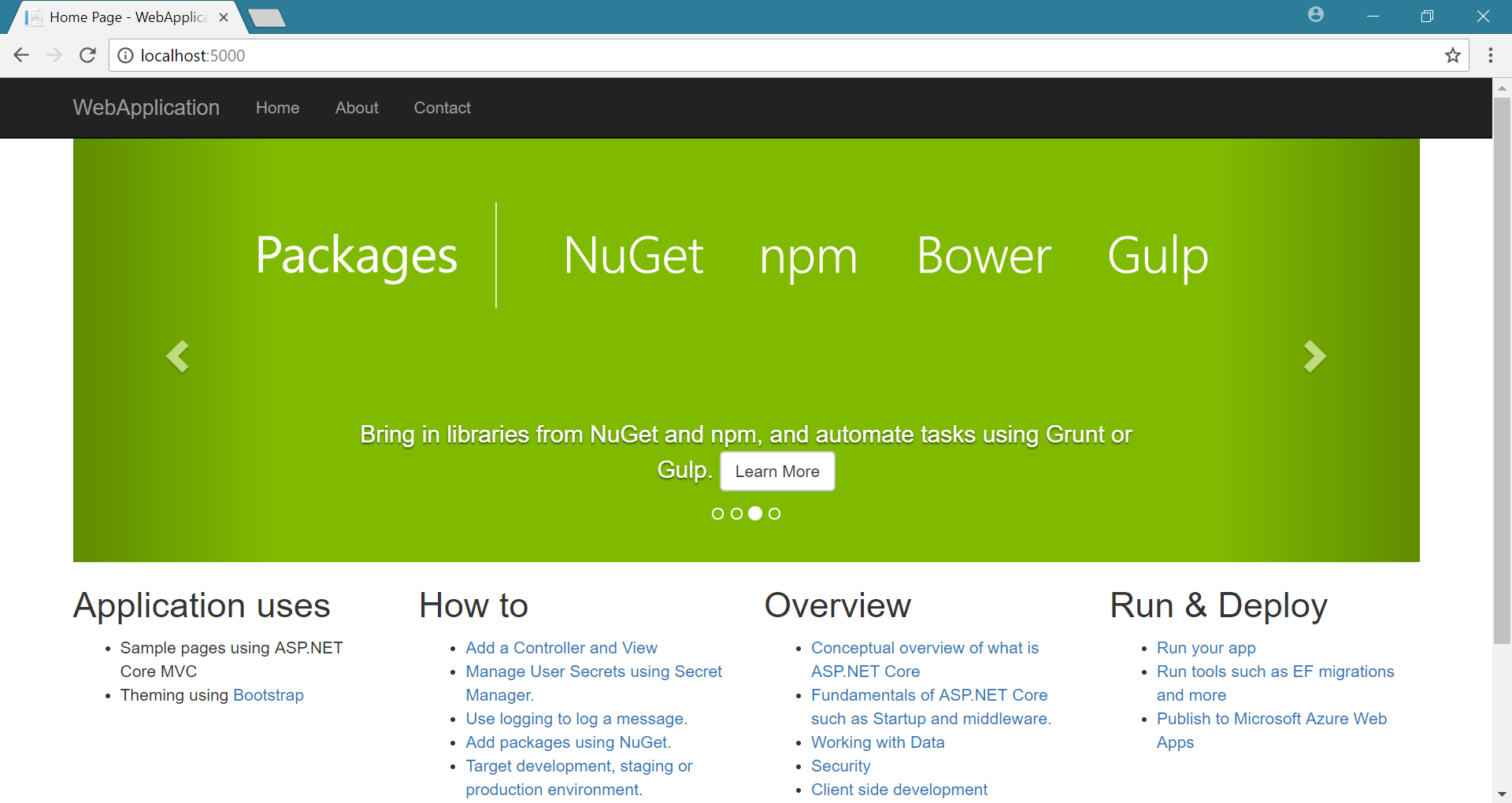 Creating and running an ASP.NET Core MVC application on Azure

In this recipe, we will create a web application and deploy it to Azure.

We will use Visual Studio 2017 Community Edition, and create a web application using the ASP.NET Core templates in Visual Studio. 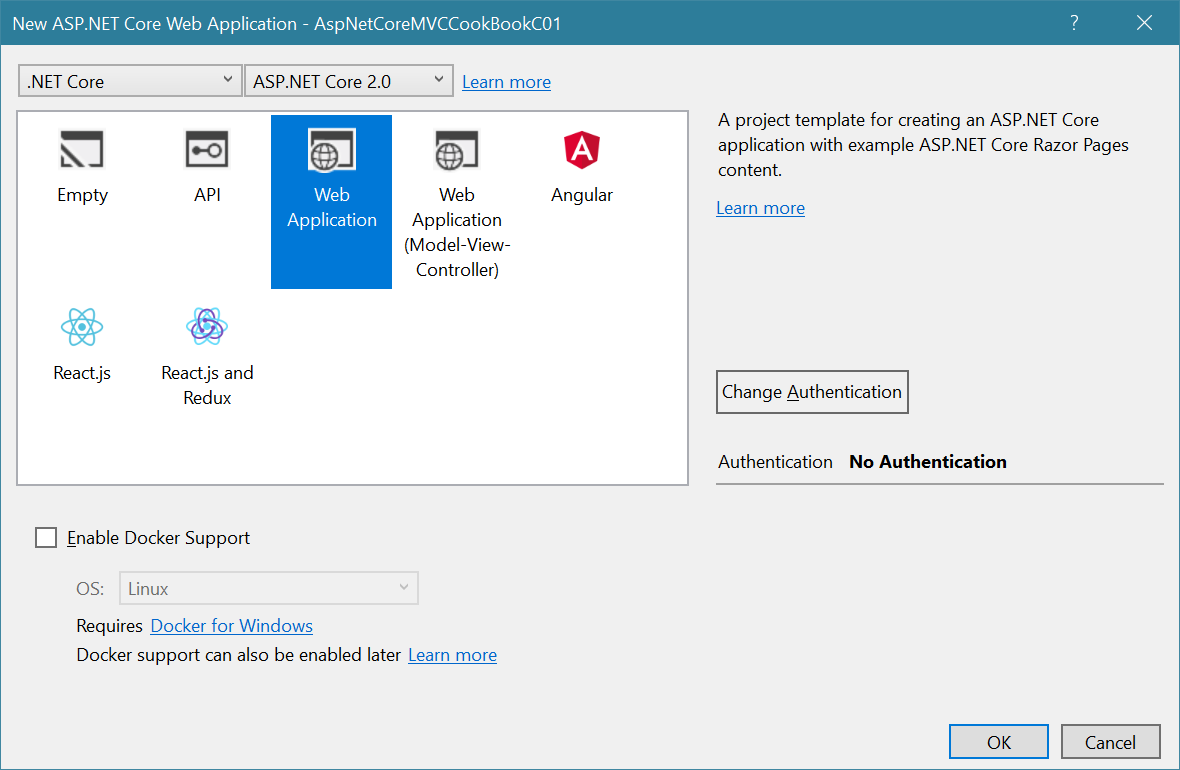 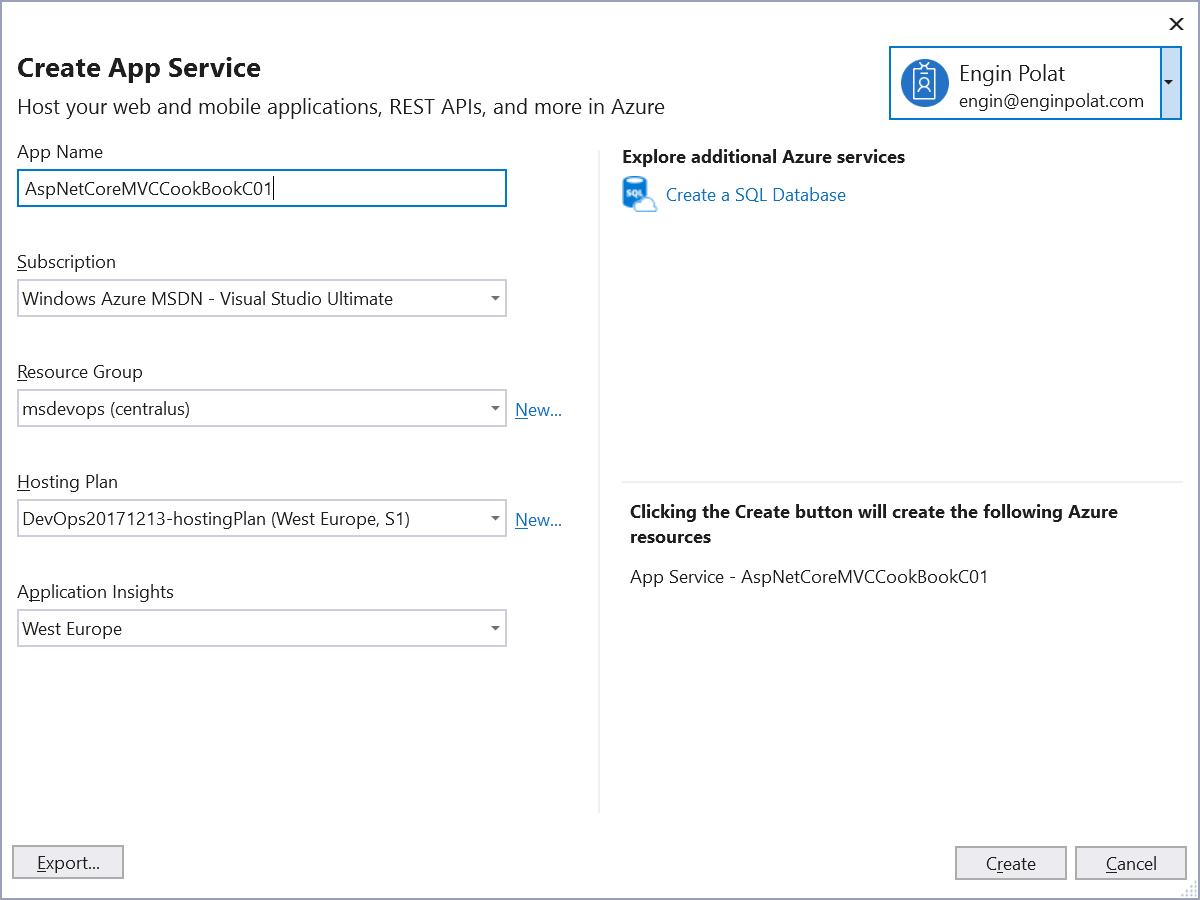 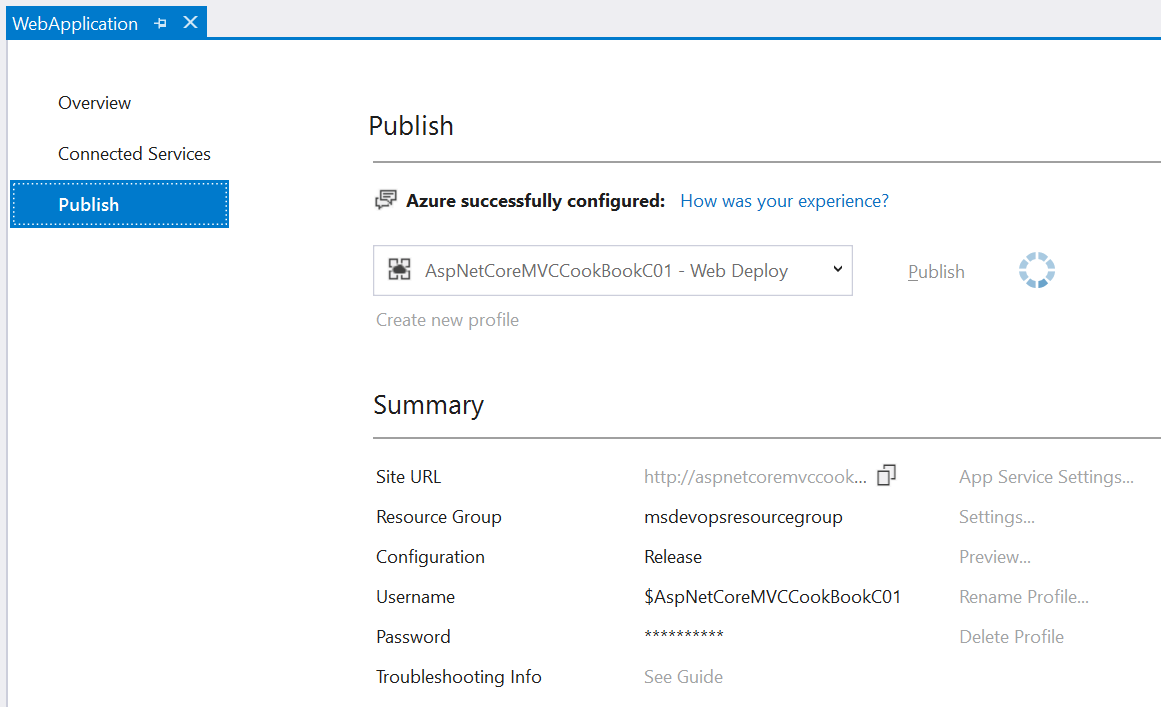 In the preceding screenshot, we can see a preview of the deployed files.

In the preceding screenshot, we can see the result of the build and the publishing in the output window.

In the following screenshot, we can see how our web application deployed on Azure: 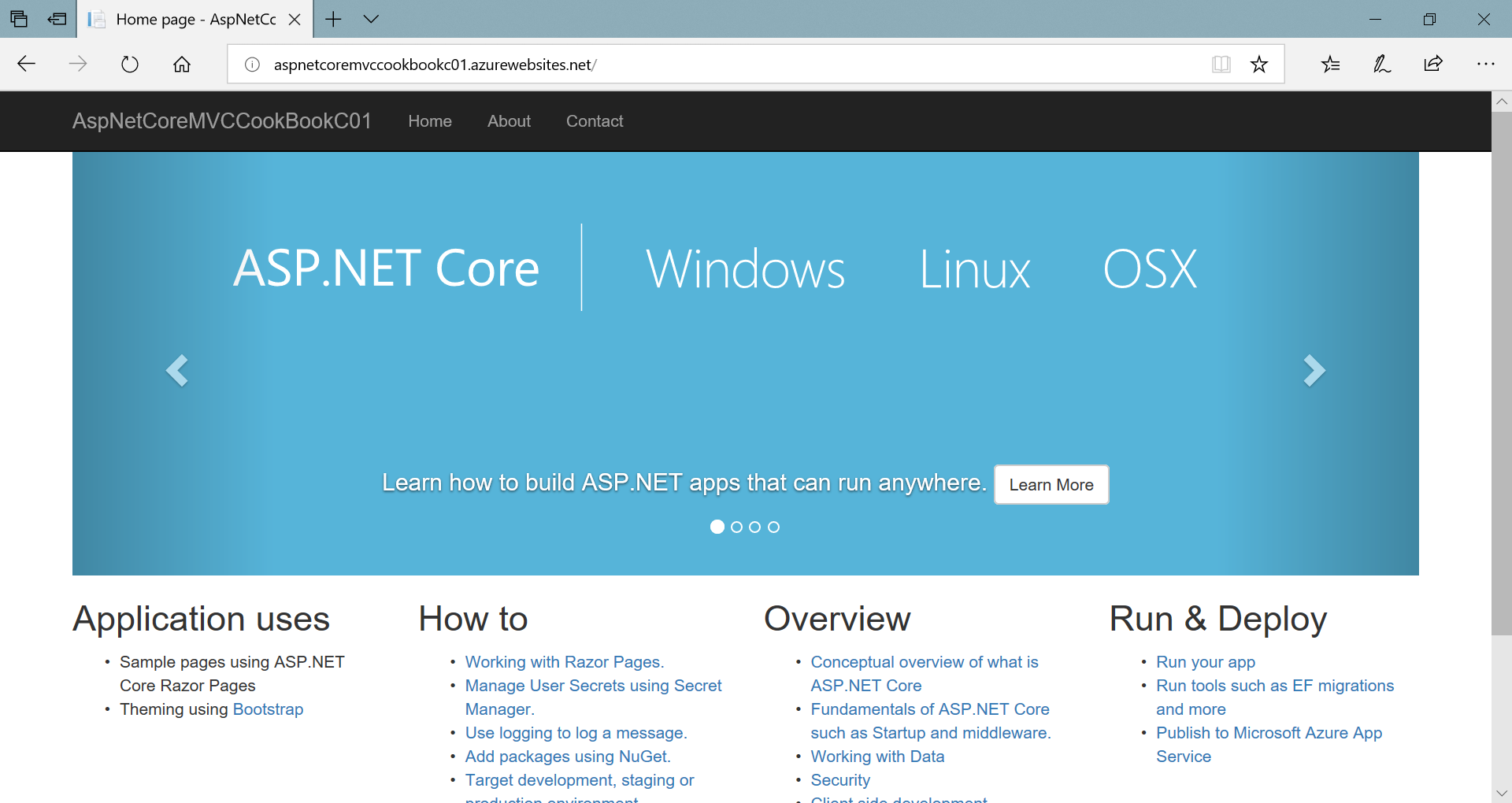 Take a look at the screenshot below. We can see the publish settings for the web application in theÂ PublishProfilesÂ folder as oneÂ .pubxmlÂ file. 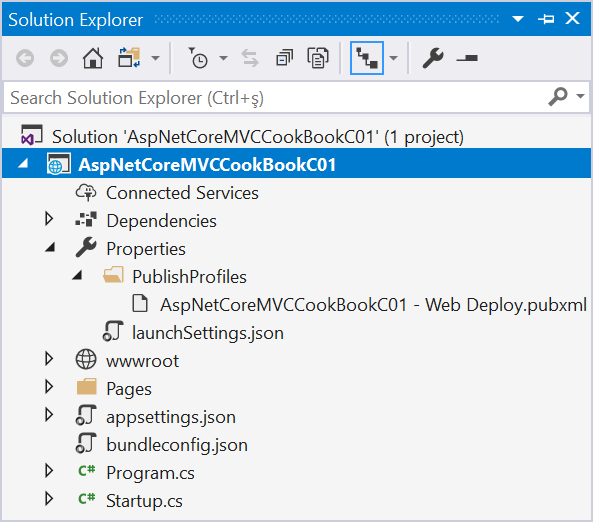 We can publish the following applications to the Azure platform:

This is easy and perfect shopping experience! Some books are very good and professional 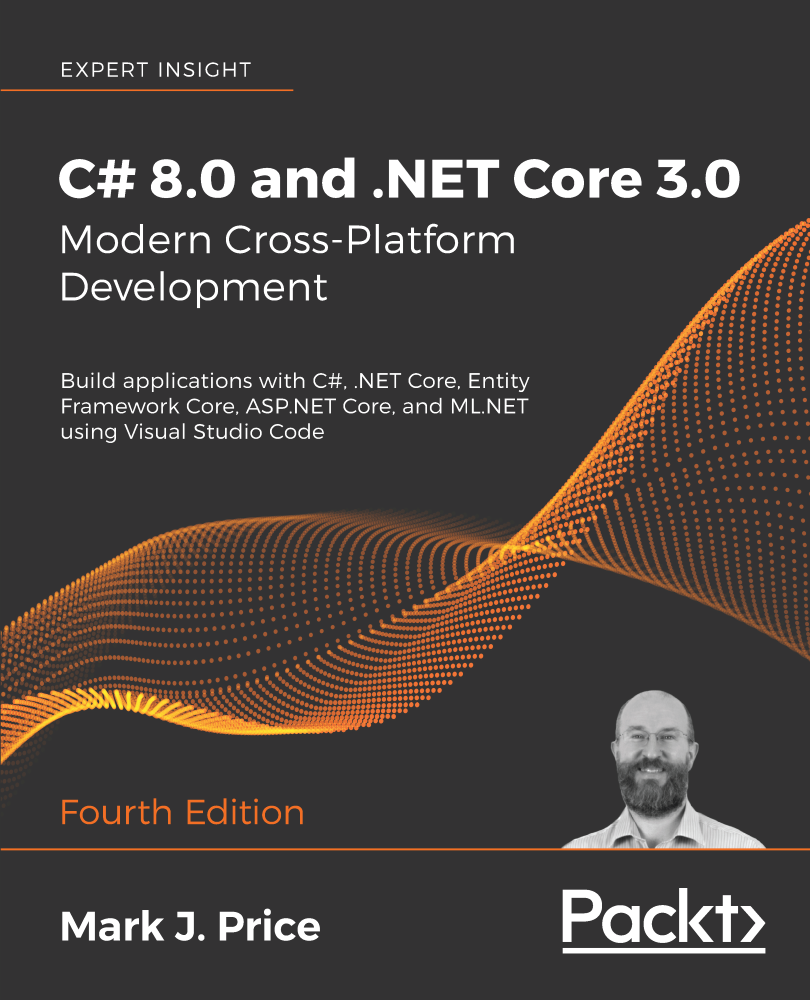 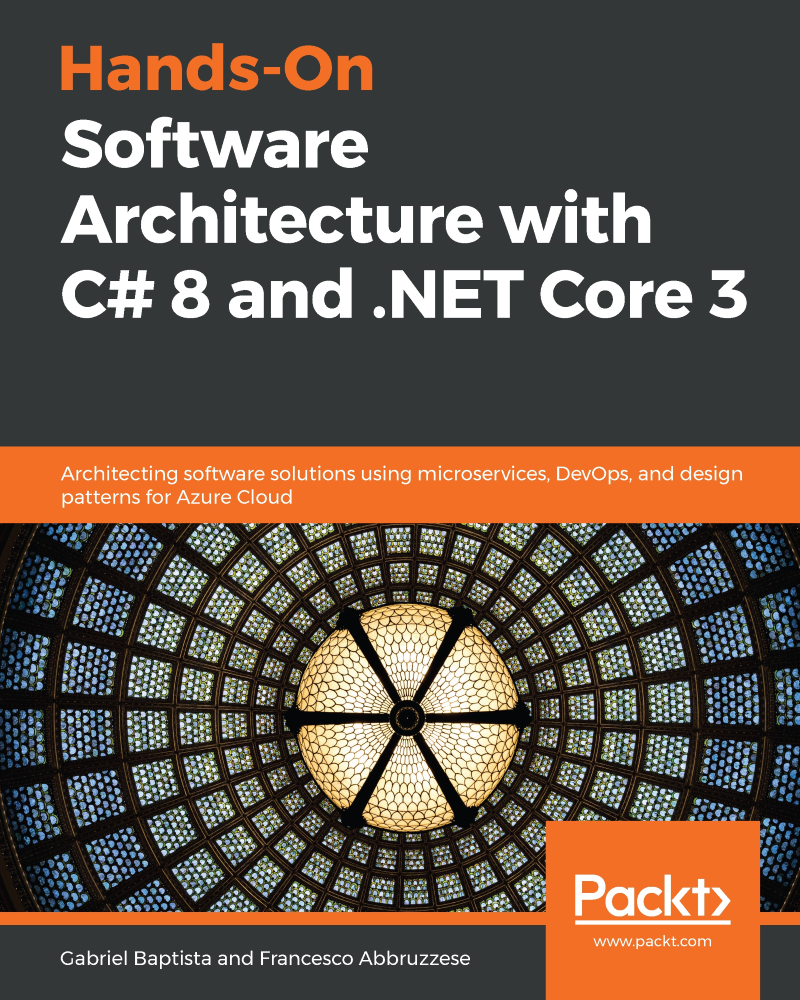 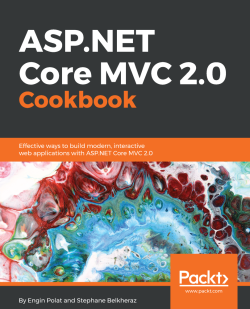